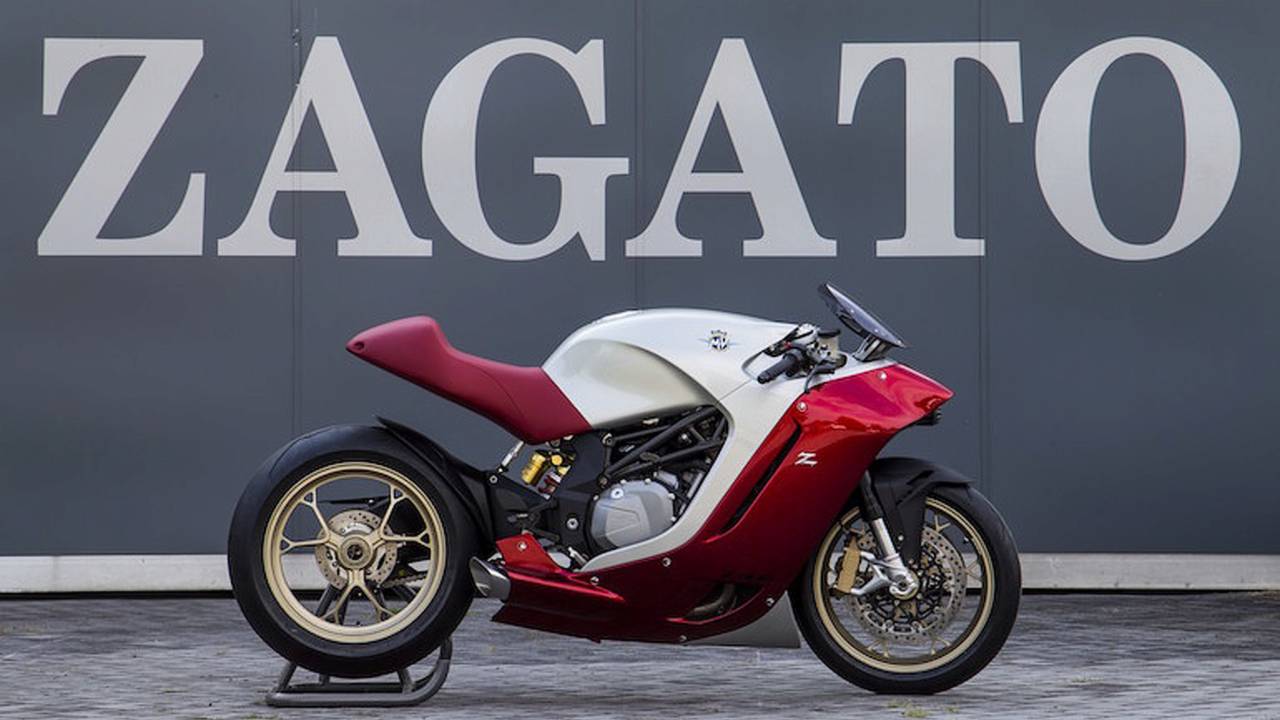 MV Agusta F4Z Zagato UnveiledThe Chantilly Arts & Elegance Concours in France is the site for the premier display of the MV Augusta F4Z Zagato, “a...

The Chantilly Arts & Elegance Concours in France is the site for the premier display of the MV Augusta F4Z Zagato, “a one-off piece for a Japanese entrepreneur, collector of Zagato cars as well as Italian motorbikes.”

According to the MV bulletin, the F4Z “was designed and engineered by the Zagato team and built with noble materials like aluminum and carbon fiber. It consists of a limited number of relatively large panels: this is the characteristic that, in the motorcar world, sets apart collectibles from mass produced automobiles. Compared to the production MV Agusta F4, the F4Z features an entirely different bodywork. Some parts had to be adapted and re-engineered, others fully replaced by components that were made specially: intake manifolds, fuel tank, battery, exhaust system.

“The collector or investor who turns to the Zagato Atelier requesting an exclusive piece is certainly someone with a strong passion. The love for bikes of the client dates back to the Eighties, when he bought his first motorcycle and started to customize it with his own hands. It was his visceral passion that stimulated the designers’ creativity. He didn’t want anything modern, fashionable, but something that could instead keep its value and appeal. What he wanted was a motorbike that wasn’t comparable to any other.”

The release shots reveal a few more details of the custom bodywork. A small instrument panel is tucked below the windscreen; the one-piece fairing attaches to a sub-fairing with dzus fasteners; air intake scoops flank the small LED headlight. The otherwise tidy controls are marred only by the urine-sample containers for the brake and clutch reservoirs.

All in all, some might nice eye candy, and an opportunity for the Big Bopper, circa 1958, to play us out:

“Chantilly lace and a pretty face and a pony tail hangin' down,

Ain't nothing in the world

I feel real loose like a long necked goose