Flat Track Back to Barcelona 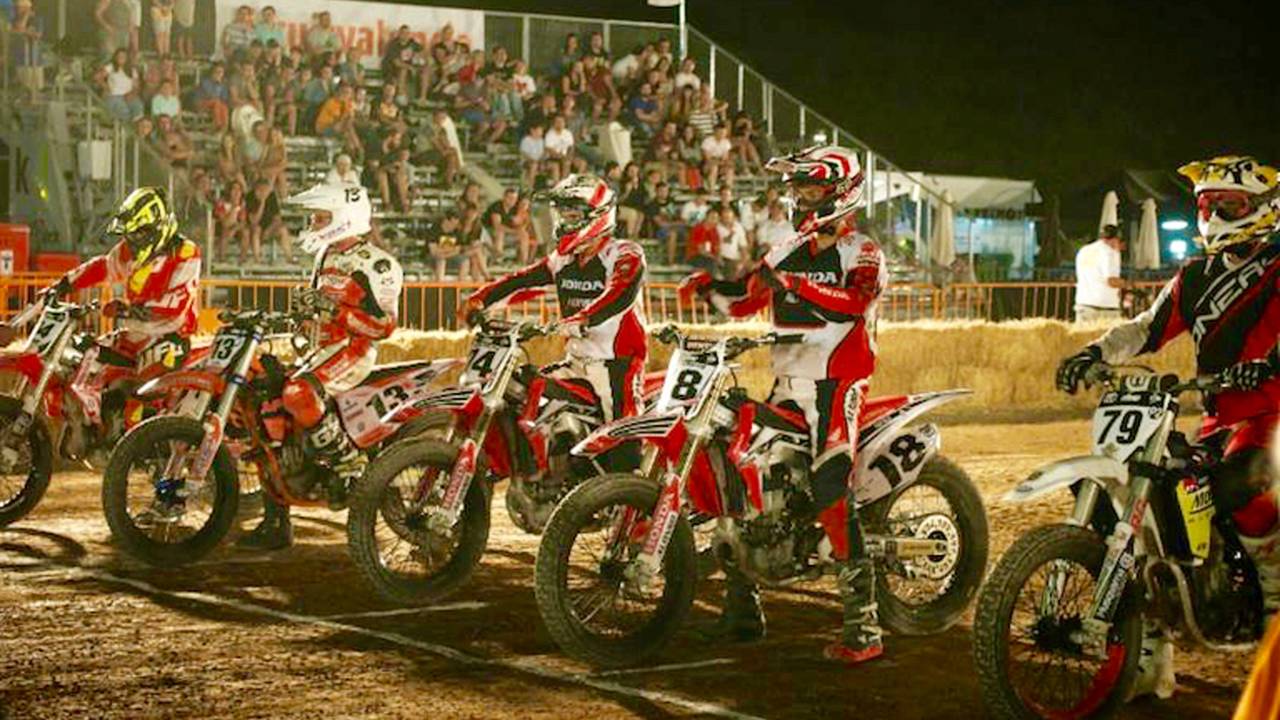 Flat Track Back to BarcelonaAmerican-style flat track racing returns to Catalonia this weekend for a Saturday-Sunday doubleheader. On Saturday...

American-style flat track racing returns to Catalonia this weekend for a Saturday-Sunday doubleheader.

On Sunday, the second TT of the Spanish season will be held. American Brad Baker (Kawasaki NoyesCamp), dropped in between U.S. events to win both ends of the season-opening Valencia doubleheader, but it was Terol who won on the Madrid oval and moved into the points lead ahead of the absent Baker,  Ferran Cardús (Suzuki Grau) and Franc Serra (Alonso Racing Honda).

Fifth in points, Britain´s Oliver Brindley, now recovered from the fractured ankle that he suffered while fighting Terol for the lead with two laps to go in Madrid, will miss the Barcelona races due to his commitment to ride the final round of the British Dirt Track Championship on the same weekend.

In addition to the title, the winner of the premier Flat Track Pro class, will be invited to compete in the AMA Pro Flat Track opening races in Daytona Beach, Florida in 2017, and it looks like that trip will be decided by a four-way battle between Terol, Cardús, Serra and Gerard Bailo (Suzuki Catalá).

Leader of the Rookie class (under 19 and without experience in the Pro Class) in the mixed Rookie/Master program is Ferran Serra (Kawasaki NoyesCamp), winner the first three races, while the Master class (for riders over 35) is a three-way battle between Guillermo Cano, Lluis Massana and Vincent Navarro.

The races will be accessible via live streaming from MotoBuykers.es (link: Sigue en directo la copa de espana de Dirt Track | Motobuykers.es with Spanish language commentary by Dennis Noyes who will give a brief recap in English after each heat, semi and final. Broadcast begins at 2 PM Eastern on Saturday and 7 AM Eastern on Sunday, a chance to see Spain´s top Flat Trackers in a new championship that is beginning to catch on among Spanish fans.