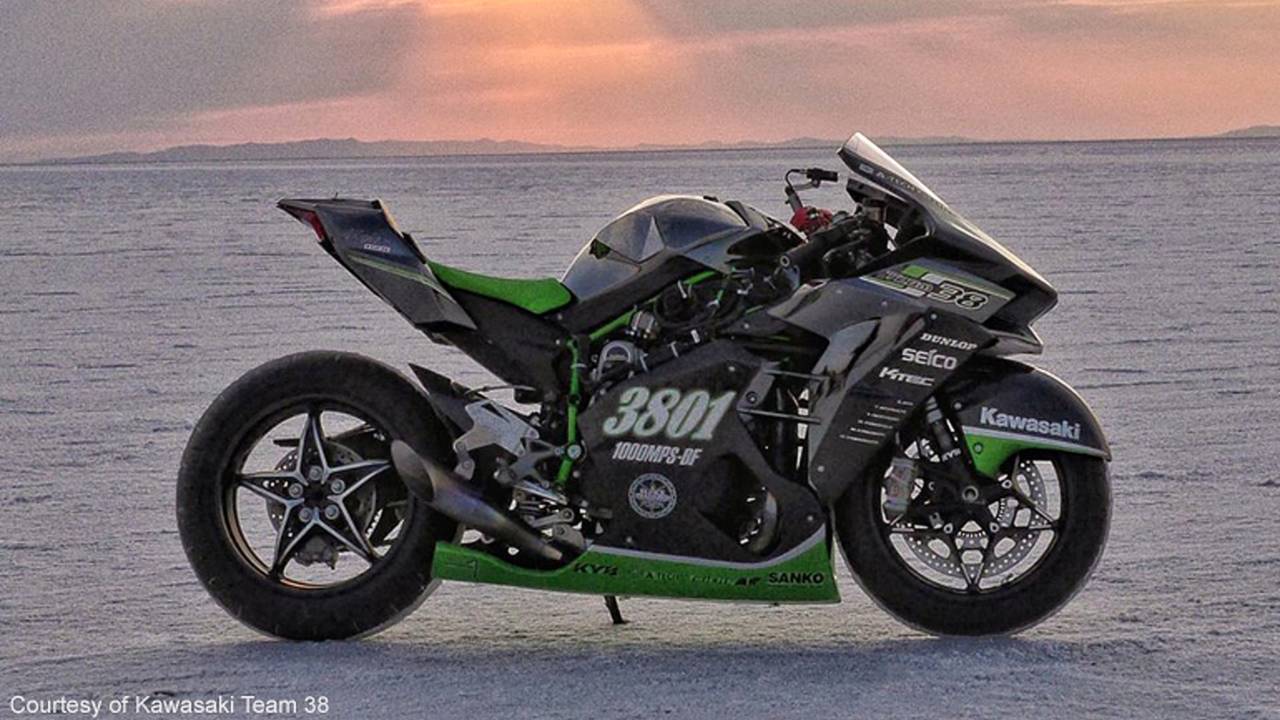 Follow along as Kawasaki Team 38 at Bonnevitakes the supercharged H2R for a spin on the salt flats.

Kawasaki has a rich racing heritage and the little known Team 38 and its staff comprised of Japanese employees are doing their best to make sure it continues through all disciplines. Team 38 was formed by members of the Kawasaki Experimental Technology and Engineering Department back in 1975 who dreamed big and enjoyed being a part of the KHI family. The name was a tip of the hat to Building 38, the facility they worked out of at the Kawasaki Heavy Industries (KHI) Akashi Works Plant. The objective was not simply to win races but to expand their own understanding of the bikes they built, how they can be improved and if they have a good time in the process, then that’s OK too.

Members of the original Team 38 pose on a Oka Shintani's Kawasaki Superbike during a race in Japan.

The crew from Team 38 has competed in the Suzuka 8-Hours, multiple national and international races and has learned vital info in the development of many Kawasaki motorcycles over the years. Fast forward four decades later and their latest, most accomplished test rider to date, Shigeru Yamashita, set out to attempt to set a land speed record aboard the supercharged Kawasaki H2R at the famed Bonneville Salt Flats this summer. As we all may recall, the weather has been a problem this year and the previous so things didn’t go quite as planned. Despite all that, the Team 38 gained valuable experience through the process of competing in the 1000MPS-BF Class (1000cc, Partial Streamliner, Mods Permitted, Supercharged). Here’s a great video they put together to document their exploits.