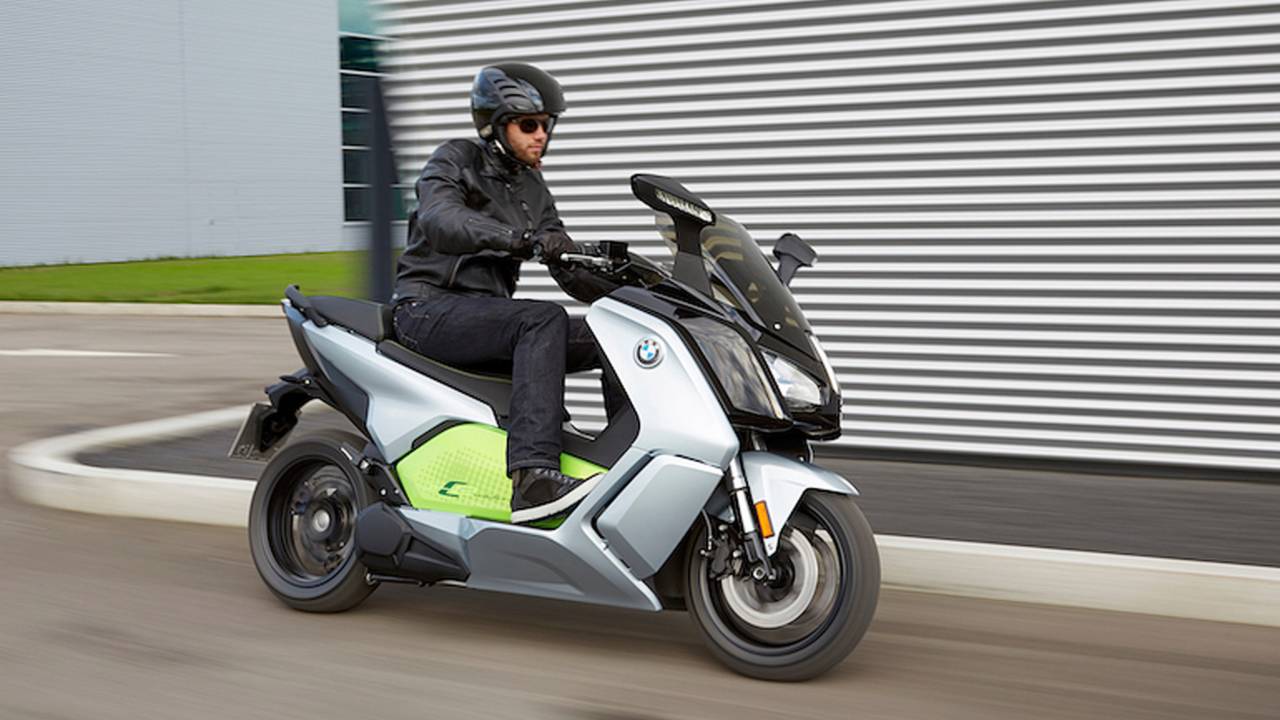 BMW boots the range on its C Evolution e-scooter.

The new C evolution scooters from BMW will be unveiled at the Mondial de L'Automobile, in Paris next month.

The two models are the Long Range version and the European version, which meets the requirements for the A1 driving licence. Both feature new generation batteries, as used in the current BMW i3 electric car, significantly extending the range to 99 and 62 miles (160/100 kilometers) respectively.

A new charging cable with a smaller diameter is now included as standard. New optional accessories such as the smartphone cradle also mean there are now many more ways to customize the BMW C evolution.

Both versions of the new C evolution are available in the new paint finish Ionic Silver metallic / Electric Green, combined with the contrasting Blackstorm metallic. A new graphic has also been added to the center tunnel trim in the Long Range version. Already available in Germany, France, Italy, Spain, the United Kingdom, Switzerland, Austria, the Netherlands, Belgium, Luxembourg, Portugal, Ireland and China, the C evolution is now also due to be launched in the USA, Japan, South Korea and Russia.

An overview of the highlights:

• Intelligent recuperation in coasting mode and when braking.

• Synergy effects with BMW automobiles and electrical safety according to car standards.

• Hybrid chassis with agile handling due to low center of gravity.