Czech Out the Midalu V6 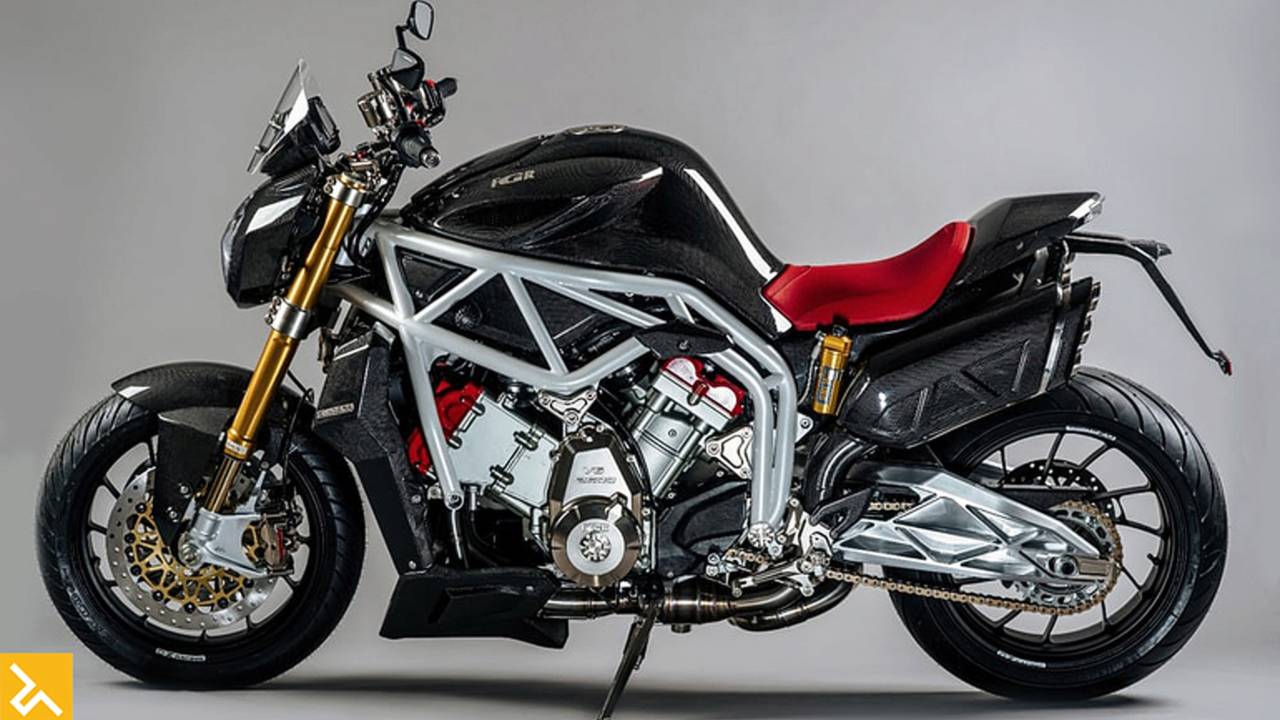 Czech Out the Midalu V6 motorcycle. Combine equal parts horsepower, carbon fiber and streetfighter and you get this wild ride.

The Midalu marks a significant jump from the previous FGR machines in the 125 and 250cc range. The company raced in the 2012 Moto3 series, finishing 7th out of 11 manufacturers. The 2500cc, 90-degree V6 in the Midalu has a peak torque rating of 160 nm. Ten Moto3 engines with a common crankcase? Woobah!

Weighing in at 578 pounds, the Midalu may not be the most agile corner strafer in the park, but should shut down most of the other heavyweights in a straight line. Not that overall handling has been overlooked by any means; Ohlins suspension and jumbo Brembo brakes are top shelf, and the billet aluminum swingarm certainly looks the business.

The tubular trellis frame appears to be plenty stout, and the carbon fiber 6-tip mufflers add a touch of menace. Carbon is also the primary material for all the bodywork. At this point, the Midalu’s price and availability is unknown, but we’re guessing high and limited respectively. The prototype, designed by Stanislav Hanus, was first shown five years ago, with only six bikes planned for the original run.

Our request for a test ride has been submitted.

The 2016 FGR Midlau V6 Motorcycle was unveiled back in 2011 and is finally making its way into production.

This is the original pre-production version of the Midlau V6.