Video of the Day: Indian Scout Gets Air 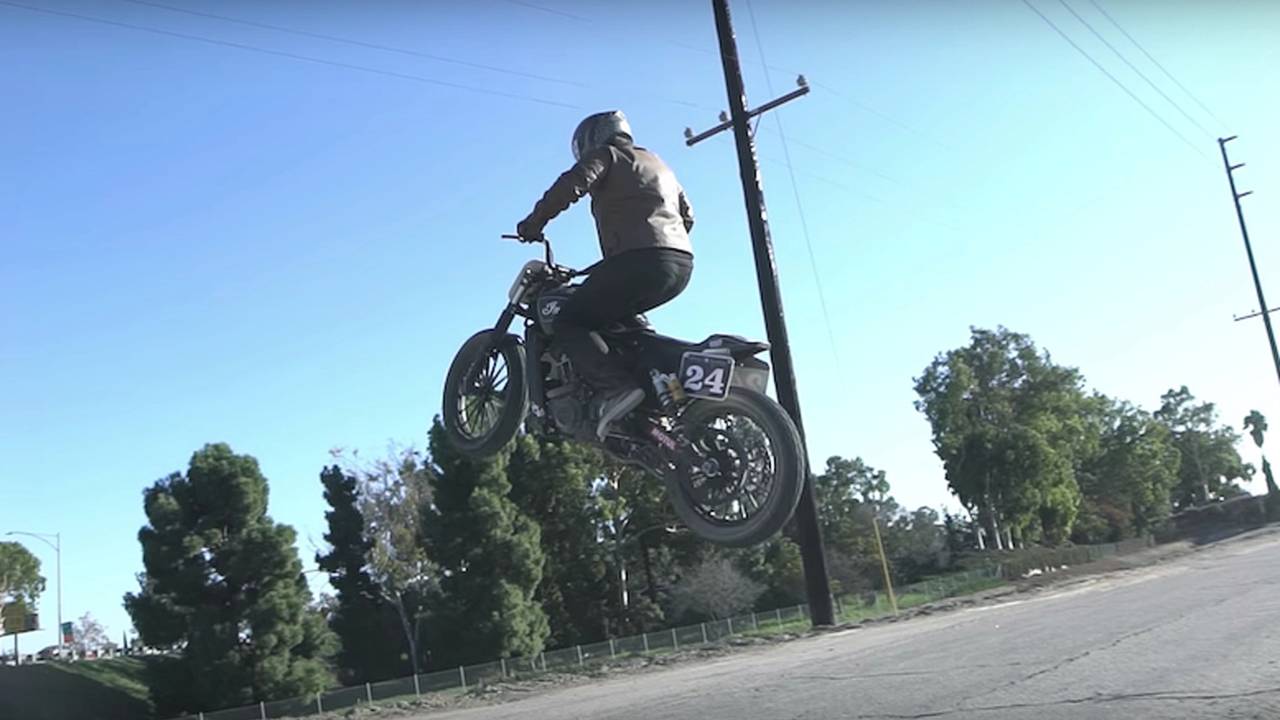 An RSD Indian Scout gets a good amount of air jumping out of a dry riverbed.

There are times Indian Motorcycle feels a little like that girl you knew in high school – you know the one: the one you never really got over. The one who stays in touch via Facebook and occasionally says things that are just a little too friendly and make you think: "Oh my gosh! Is she finally into me? Oh happy days, have my dreams finally come true?"

Here's another example of that sort of thing, with the dudes from RSD goofing around in a dry riverbed on one of their Hooligan Scouts. There's some dirt, a guy in an ill-fitting RSD jacket, and an odd choice of backing soundtrack, making the thing feel a little bit like the videos that the boys at Cleveland CycleWerks sometimes put out.

But then it all turns exciting when we see the Hooligan Scout being launched into the air, getting incredible height. That sort of thing is probably hard on an individual's joints but seeing the Scout platform so easily and willingly thrashed reminds us again of what a fantastic powerplant it has. And it makes us wonder again when Indian will make a more thrashable platform available to the general public. It seems possible. It seems likely, even.

But until such a thing comes along, we can watch this video and daydream.