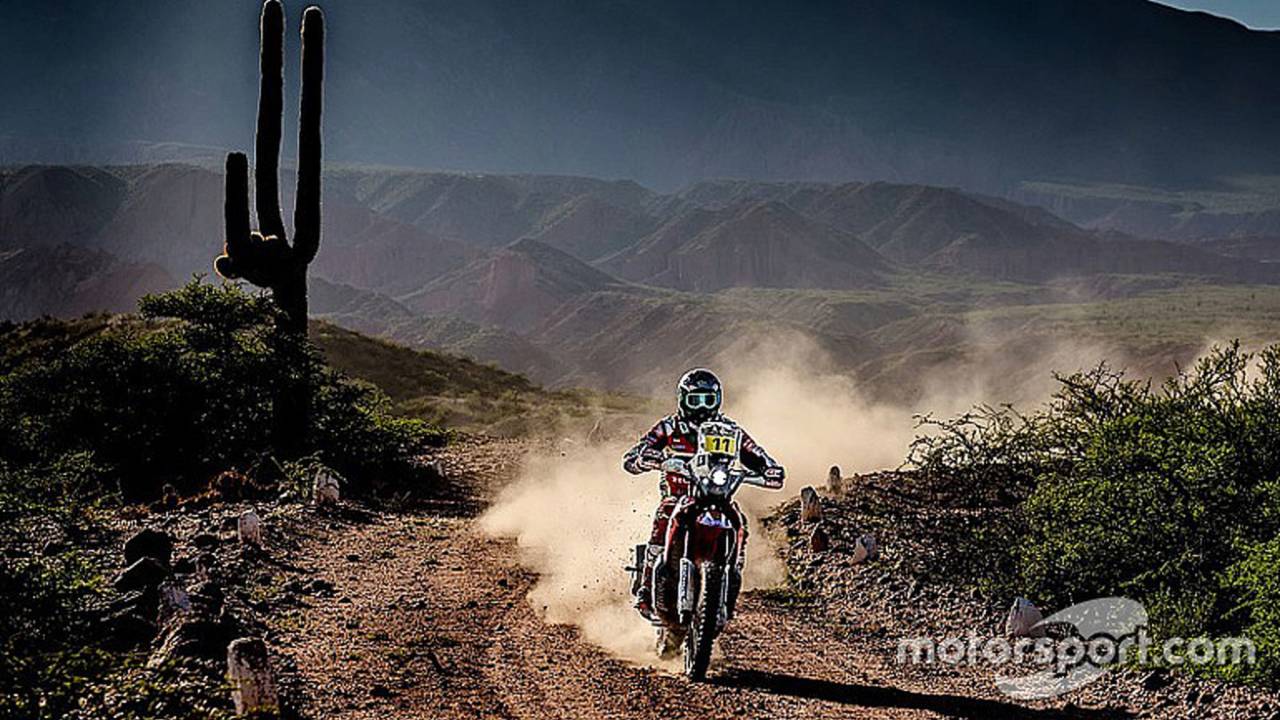 Stage 4 of the 2017 Dakar Rally took place in Bolivia where riders faced a grueling Special and high temperatures. Check out the motorcycle class results.

Stage 4 of the Dakar has riders making their way through Bolivia after a restless night’s sleep in San Salvador de Jujuy. The previous day put both man and machine to the test as they faced triple digit temperatures and high altitude mountain crossings, which led to crazy weather that included hail storms and one rider being hit by lightning.

For the fourth stage, competitors faced a 323-mile (521km) route that took a toll on some of the contenders including defending champion Toby Price. The KTM rider crashed and broke his leg which required he be air-evacuated from the race. That mistake handed the win to his Red Bull KTM teammate Mathias Walkner who was happy to be credited with his second career Dakar stage victory.

For complete 2017 Dakar Rally Coverage check it out on Motor1.com.

Check out the Dakar Stories: Fast Indians for a glimpse into the racing effort of the only two riders from India, racing in the Dakar this year. Both the veteran, CS Santosh (IND-Hero) and newcomer Aravind Prabhakar (IND-Sherco) hope to establish themselves in Rally and what better way to do it than to put on a good show at the Dakar.