The Magic of Revival Cycles

Since first opening its doors in 2008, Revival Cycles has achieved a level of success only rivaled by outfits like Deus and Roland Sands Design. How did they do it? Vision, talent, and hard work. See, Revival goes to tremendous effort to make each of its projects strikingly unique – a tactic that has resulted in a wide range of customs of all types and styles. Revival is more than just a custom bike builder, however. It's also a hugely successful clothing and lifestyle brand, as well as the organizer of one of the most popular annual motorcycle shows in the country.

The shop was started by a former software salesman named Alan Stulberg after he lost his job, broke up with his girlfriend, and bummed around Europe for a year on a KTM LC4. Soon after the company started, a mild-mannered mechanical engineer named Stefan Hertel joined the team. In Hertel’s former life he worked as a mechanical engineer building medical devices in Michigan. Now, Hertel not only churns out one-off parts, but has designed an array of his own proprietary components which are used on the shop’s bikes. The 37-year-old engineer has applied for almost a dozen patents while at Revival.

The team at Revival regularly dedicates several hundred hours to each bike, building one custom machine every other month on average. This is only possible with Revival’s multiple fabrication locations and a staff of almost 20 people. Another key factor that allows them to survive such slow build times is pricing – the bikes often go for six-figure prices. Consequently the shop has attracted a client base that includes celebrities and the corporate elite alike. The renowned Texas shop describes itself as: “more than a repair shop, more than a custom shop, and more than a place to get gear. We are a cultural center for motorcyclists”.

In addition to the shop, Revival is also well known for hosting events such as the annual Handbuilt Motorcycle Show. On top of the Handbuilt Show, Revival also hosts an array of smaller events all around the country. Revival has also established a hip and trendy clothing and lifestyle brand which is sold online and at the company’s brick-and-mortar store in downtown Austin.

Even with expertly crafted branding and a cool logo, a custom shop’s success mostly boils down to the bikes, and Revival builds some seriously impressive machines. Not only does Revival produce expertly crafted, well detailed customs, but it opts to use unconventional donor machines while doing it. Some noteworthy examples being a Ducati ST4 “Sidecarcross”, Rickman Velocette cafe racer, BMW S1000RR dressed up in old-school bodywork, 2012 Confederate X132 Hellcat-based street-fighter build, a BMW R100/7-based Ernst Henne landspeeder tribute, and a 1933 Brough-Superior 1150 build. 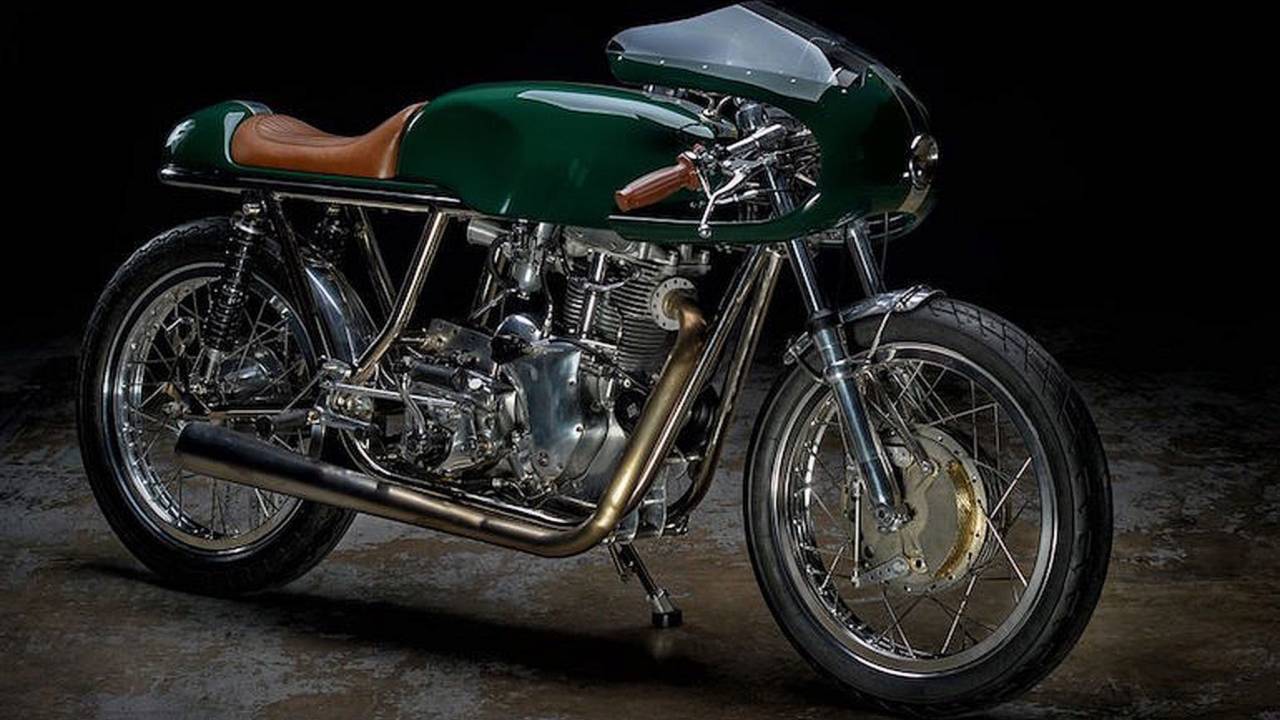 All of Revival’s success would definitely suggest that Alan and Stefan aren’t going anywhere anytime soon, which is a good thing for the Austin bike scene and fans of high-end customs throughout the country.