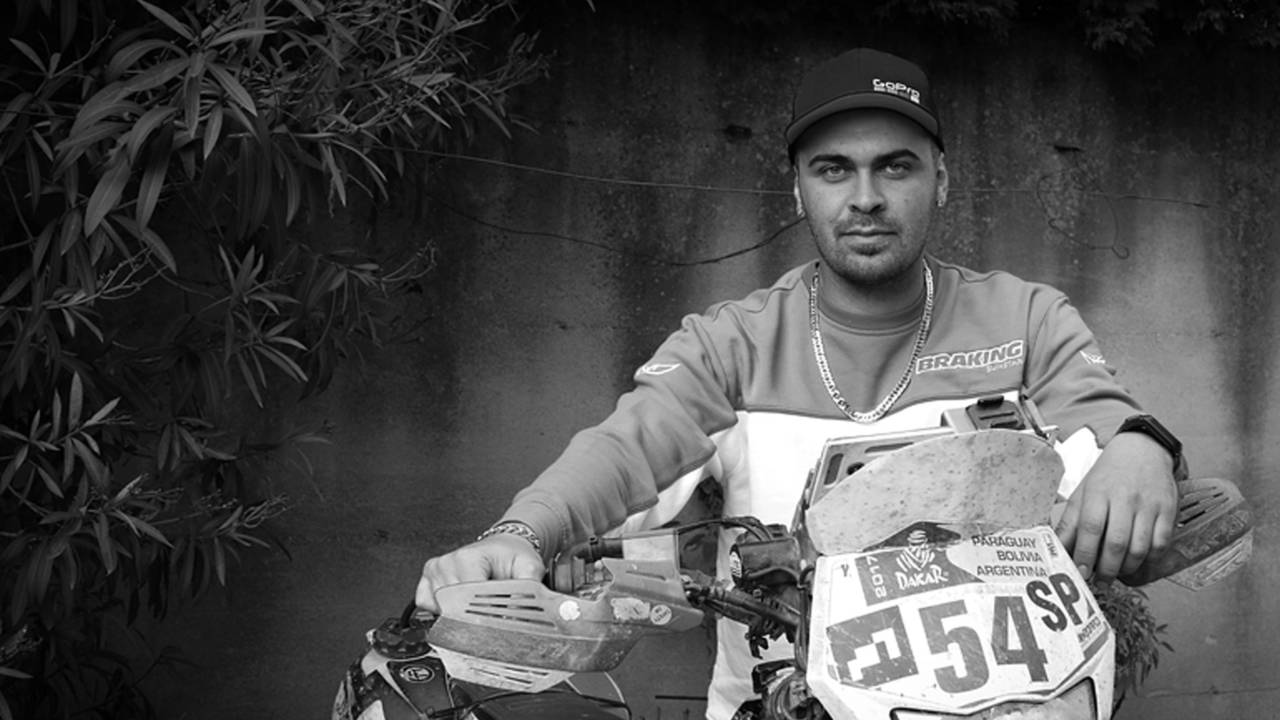 Perpetual Motion: The Dakar Chronicles Part IWherein we get a behind the handlebars view of one of the most famous races in the world Photos by...

With the 2018 Dakar Rally underway, I thought it would be appropriate to tell the harrowing tale of our Italian friend Manuel Lucchese. A man still firmly in his twenties, Manuel – known to his friends as Manny – has challenged this infamous race a whopping four times. Anyone who knows Dakar knows that simply entering the race is a financial feat in-and-of-itself. Entering as a solo rider in the grueling Malle Moto class, which Manny did last year, is akin to madness. To actually finish, with accolades, is an accomplishment nearly impossible for many hopeful privateers. Not for Manny, though. With almost no financial backing, Manny has not only made it to the finish line, but has achieved goals set not at the end of a road paved in gold, but forged with blood, sweat, tears, and dollar bills.

READ MORE: What It Takes For a Privateer Team to Race Dakar

“Manny is a perfectionist. He meticulously goes over his gear and his bike and his roadbook before each day. No detail is overlooked; except for the big-ticket items like tires, mousses, and food.” – Scott Bright, 2015 Dakar Rally Finisher.

Malle: from the French word mallé, or box.

In the Malle Moto class, you’re allotted a simple metal box that carries everything you need to race the Dakar. You’re entirely independent. The bike must be worked on under surveillance, exposed to the elements and touched by only you. This is the definition of the class. In his first year, Manny lost 24 lbs. in 15 days. Since then, any chance he gets, he'll stop to find something sweet during the liaison stages to keep his energy and spirit up. And, frankly, because he loves chocolate. He once found a lady on the side of the road in Bolivia with a table covered in snacks. Without a second thought, he immediately stopped to chow down candy. Never a drinker, smoker, or drug user, Manny's only real vice is junk food: soda, hot dogs on pizza, chocolate, candy, and ice cream are his drugs of choice.

I once asked Manny what a typical day at Dakar was like, “So, you get maybe four, five hours of sleep each night?”

Manny arrives at the bivouac around 6 p.m. He takes out and sets up the tent, throws his stuff inside, pulls out his chair (“It's really important to have a chair”), and opens his Malle Moto box. He removes his tools from the box and, after eating some chips and having a “fresh drink” (a soda), he begins the nightly maintenance on his bike. Toward the end of his chores, he might take a break. Just sit on his chair, stare at his bike, go over any remaining duties, and consider the day’s ride. Or, if things are really going well, he’ll zone out. No speaking, barely blinking, just sitting.

After that blessed moment of nothingness, it’s time to change the tires. This is the one detail the organization does for racers the Malle Moto class. But first, he needs to remove both wheels and walk them to the Michelin booth – which is often kilometers away – by himself. This can take thirty minutes on average, so he might go to the toilet then head back just to be told they’re not ready yet. Work on the bike never stops. You think you’re done then find something else – a loose lever or messy cabling. It’s just too important the bike is in order, and so the pursuit of perfection is endless. Approaching the bivouac, he’d often wish the ride was longer, just to avoid having to start the maintenance.

Once the typical upkeep or unexpected mending is done, it’s time to mark the roadbook. Maybe while eating, because he’s already missed the briefing. By the time the roadbook is marked, it’s midnight. Sadly, his night is not over yet. Now he has to prep his backpack and riding gear, put energy bars in his jackets, and replenish his CamelBak with fizzy water (yea, that’s his thing). Next, he packs spares: gloves, money for fuel, a lens for his goggles. Lastly, he prepares the nutritional gels and makes sure everything is set for the morning.

The long list goes on and not many people can lend a hand. Lucie, his devoted lady, spends most of her time chatting with him, running small errands, giving him comfort, and if things go wrong, scouring the camp for essential components. Her presence over the years has been, shall we say, less than legitimate. Unable to pay the 9,000-euro bivouac fee, and with no money for a chase vehicle, she has hitchhiked the span of the Dakar Rally, sneaking into camp nearly every night. If she’s able to sleep in the tent, Manny might find the energy to show his lady a little, uh, appreciation. At some point well past midnight, he finally sleeps. Then, two or maybe three hours later, he wakes up, rides, and looks for chocolate.

Fast forward to 2017. Manny is racing his fourth Dakar Rally and various stages had been cancelled, which was a disadvantage to Manny. After passing several riders during the tight sandy sections, the faster bikes would blast past him across open stretches of terrain, chipping away at his position. When the competitors were on course, they’d suffer through torrential downpours, freezing cold, extreme heat, and altitude sickness. Determined like hell to remain a contender, Manny rode hundreds of kilometers – vomiting in his helmet due to the staggering elevation in the Andes – trying to reach each check-point in time. An image of Manny slumped over a dirty table with a 9-o’clock shadow and an empty, hollow stare peering out from under the blanket wrapped around his head went viral amongst his peers. Come 4 a.m. the next day, he was back on his bike chasing dreams. This was his happy place.

We were in Italy, and Manny had been feeding us tales like this for days. Stories of weight loss, sleepless nights, heartbreak, Ponzi schemes, and malnourishment were pouring out of a glowing Manuel. That’s what racing does to him. Hungry for more, we dined at a family restaurant in his hometown just outside of Verona. The three of us shared one of his great weaknesses – pizza. While he chowed down on yet another slice, I asked him, “What makes you want to keep doing this?”

“It’s sort of like a drug," he replied in his thick Italian accent. "You hate it, but you love it. But I also have some clear goals: I want to win the Malle Moto category, which I think no Italian has won.”

That's a formidable challenge he’s undertaken. Malle Moto is the one remaining class that harkens back to the original, hard core Paris-Dakar competition. In 2016, he was in first place for an entire week – competing head on with ex-MotoGP racer Jurgen van den Goorbergh. But in Bolivia, before the scheduled rest day, Manny had a big crash when a dog crossed his path, destroying “everything” on his bike. After losing hours on an excruciating ride, he landed last place in the stage and became tenth in the class. But this is Manual Lucchese. He’s fast. More than fast, he’s resolute. And by the end of the rally, he managed to finish third in Malle Moto – only two positions away from his ultimate objective.

Tune in next week for part two of The Dakar Chronicles.