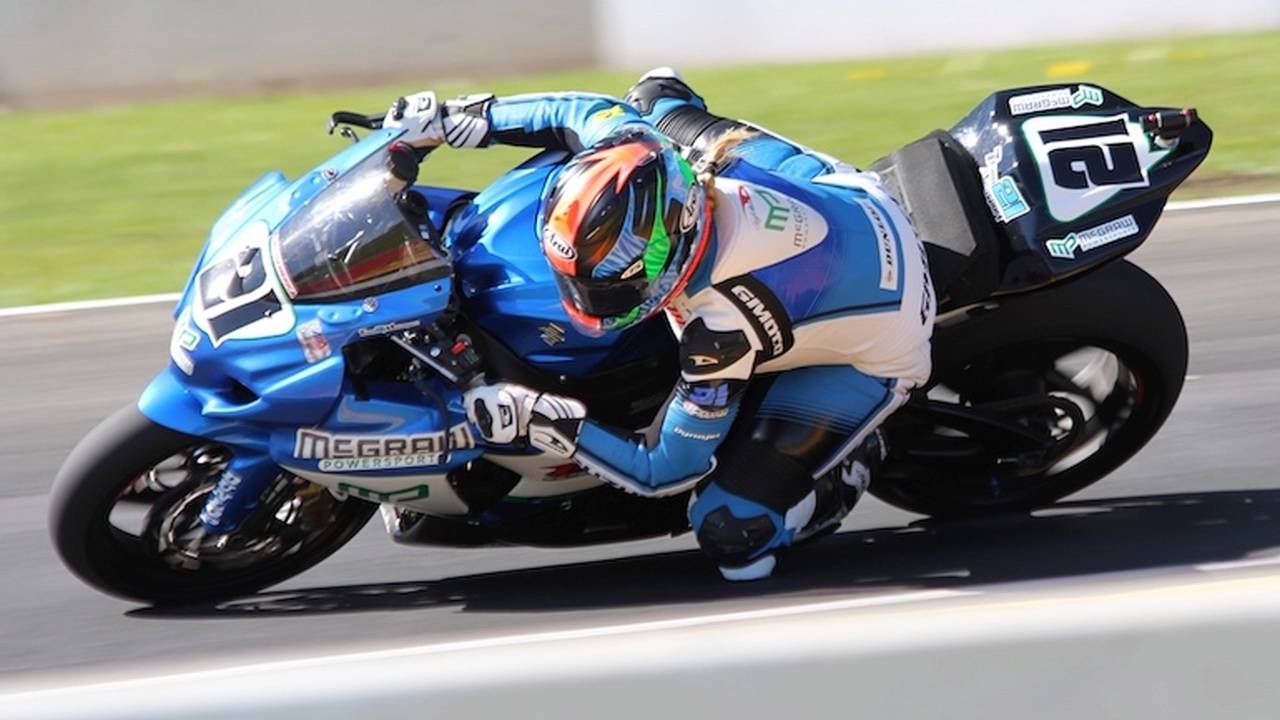 Elena Myers quit racing due to an incident that involved sexual assault at the Lowes Hotel in Philadelphia.

I'm huge fan of Elena Myers and even had the privilege of speaking with her in regards to her racing career. And though she no longer races motorcycles, she continues to be an important figure in the motorsports community, as well as a great role model for women everywhere.

The last time Elena Myers professionally raced was in September 2015. In my article, #SheRide - Why Isn't Elena Myers Racing in 2016?, I stated a few reasons why she came to this decision. Little did I, or any one of us, know that the real reason was one the Myers was not ready to divulge. It was something that was too painful, too upsetting – to the extent that it caused her to walk away from life on two wheels.

After Myers announced her retirement from the sport, she went on to pursue a role in sales for McGraw Motorsports, who were her main sponsors her last year racing MotoAmerica. She also started moto blogging and even attended a few track days with her husband in Northern California. Things – on the outside – appeared fine.

But then, on February 17, 2017, an unfortunate truth reared its ugly head. A truth that is inconceivable — one that left her fans and the entire motorsports community shaken, angry, and disheartened. On this day, I and many other in the motorcycle community came across the following article: Racing Star Claims Sexual Assault at Philly Hotel Made Her Leave Sport.

Reading the article made my skin crawl, and millions of emotions and thoughts went through my mind — as I’m sure it did for all of those who read what occurred.

The Philly Mag article states that Myers was in the Philadelphia area for a race in September 2014. She crashed her motorcycle during her Saturday race and sustained a swollen knee and sore back. Two days later, Myers went to see Jerome McNeil, who worked at the Lowes Hotel spa, for a sports massage. She arrived, stripped down to her underwear, and lied on the massage table.

During the massage, McNeil allegedly sexually assaulted Myers by touching her genitalia through her underwear and grabbing her buttocks. She says she froze while this happened; via her account with Philly Mag: “I’ve had maybe hundreds of massages, nothing even remotely like this had ever happened before. I was in shock. He’s way bigger than me, and I didn’t want it to escalate. It was terrifying.”

After the incident, Myers reported it a spa employee who she says came off as “callous,” and told her she’d let the spa manager know what happened. Myers says the spa manager did contact her, but displayed the same amount of apathy as the employee. Myers says the managing director at the Lowes hotel then tried to “make it right” by offering a free lunch and a comp room.

If true, how the spa and hotel staff handled the situation is a absolutely appalling. And what’s even more troublesome is that McNeil reportedly already had an indecent assault and rape arrest on his record (for an unrelated incident). Clearly, the hotel spa either didn’t do a background check or they simply didn’t care about his criminal past.

McNeil allegedly assaulted two more women after Myers’ incident: one of the women did report the terrifying account to authorities who had McNeil arrested and charged him with aggravated indecent assault, sexual assault, and recklessly endangering another person. The woman also sued the Lowes Hotel and the case was eventually settled out of court.

Myers says she didn’t report the incident to police for several reasons :  she took to her Facebook fan page to explain why:

"As most of you know, I have not raced since 2015. Many have asked “Why not?” but I have never fully answered this question. The truth is, I have been afraid to talk about this for fear that I’d lose the support of my friends, family, fans, sponsors, and my racing community. I also thought I could bury the truth, leave it far behind me, and just carry on like I always have. But I was wrong, and I can’t stay silent any longer.

One day after the last race of the 2014 season, I was sexually assaulted by a massage therapist at the spa in the Loews Philadelphia Hotel. I reported this assault to numerous employees of the spa and hotel, but nobody would help me. This article, which came out today in Philadelphia Magazine, is a start at sharing the painful truth about what happened to me during and after this assault. I hope this helps other men and women in similar circumstances get the help they need to deal with the trauma that results from sexual assault. Please don’t stay silent."

Myers recently filed a civil suit in Philadelphia to encourage more sexual assault victims to speak up and come forward.

According to Rainn.org, every 98 seconds an American is sexually assaulted; one out of every six women in America has been a victim of an attempted or completed rape in her lifetime. As for the long-term effects of sexual abuse, 70 percent of victims experience moderate to severe anxiety. These numbers are disturbing.

Even though Myers is a strong, resilient woman  –  one who could carry on after multiple crashes and countless surgeries  –  this assault left a severe impact. How severe? It’s the horrible reason why she left a sport she loved –  and, I’m sure, continues to love. This talented racer, who could run toe-to-toe with the fastest guys in the country, all of sudden became anxious.

Per the Philly Mag article: “I used to be a very happy person. Very outgoing. I never had any issues. But I became a very scared person that I couldn’t recognize. I had anxiety attacks. This was not in my character at all.”

This is absolutely heartbreaking. However, Myers sharing her story is incredibly courageous, and it definitely showcases her strength to not only move forward, but to help others in a similar situation. And even though this incident has kept her from racing the past year and a half, it may not keep her away for good.

“I’ve had zero desire to get on a motorcycle at all,” says Myers. “But that might be changing.”

Of course, we would all love to see her race again. But just like before, when she first announced her “retirement,” her fans will support her no matter what she does. Whether that’s finding her way back on two-wheels, or if she continues her current career in sales ,  I will always consider Elena Myers one of my biggest role models.