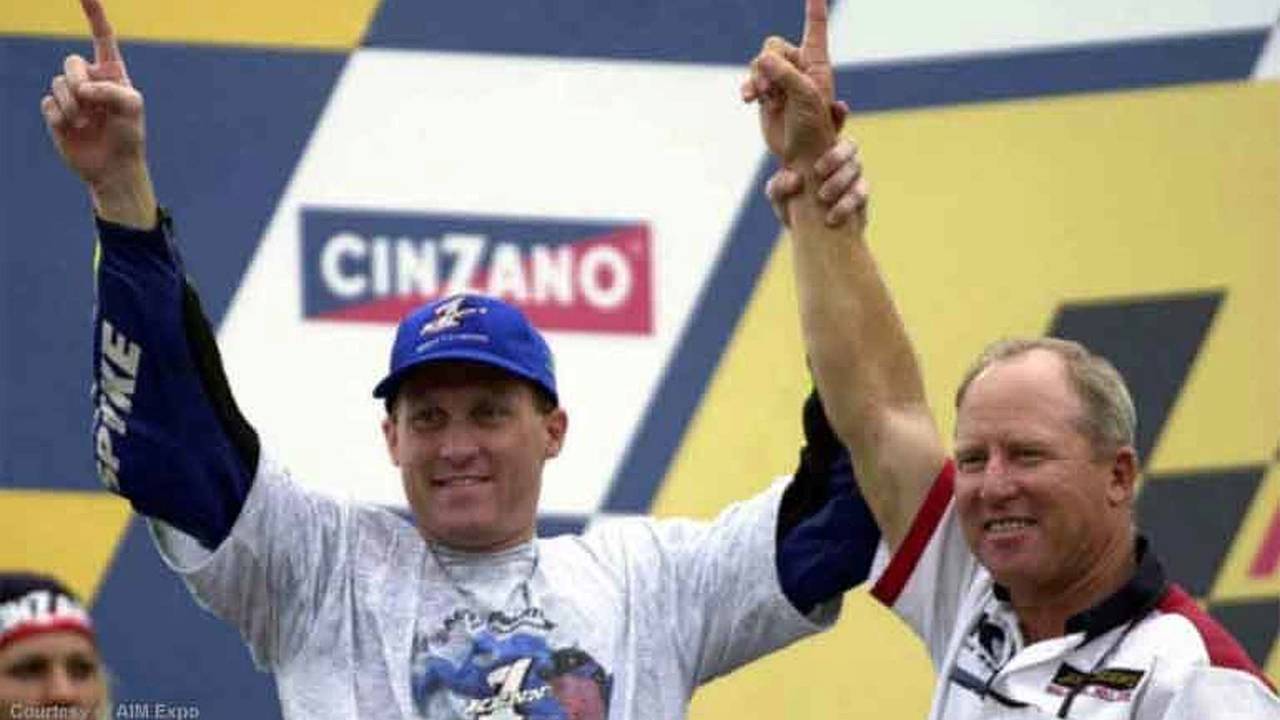 Kenny Roberts Jr., the 2000 premier class World Champion, has been inducted into the MotoGP World Championship Hall of Fame at the Circuit of the Americas in Austin, Texas, with Carmelo Ezpeleta, CEO of Dorna Sports, leading the ceremony.

Roberts Jr. made history with his title, becoming half of the only father and son duo to both win 500cc World Championships. The American debuted in the 250cc World Championship at Laguna Seca in 1993 - posting an impressive top ten - before moving up to the premier class in 1996 and joining Suzuki in 1999. The following year the Japanese factory celebrated its first title since Kevin Schwantz won in 1993. “Junior” then joined his father's Honda-backed outfit in 2006, claiming two podiums and many top six finishes before his retirement in 2007 - after eight GP wins and 184 World Championship starts.

“I haven’t been up here for a long time!” Roberts said. “This is an extremely special moment and I didn’t write a speech or anything because I wanted the raw emotion of the day, with my dad and Carmelo up here. Now, being able to celebrate here with my wife Rochelle and our kids, her family, some of my family and friends, my dad…words don’t help because you can’t describe it. As a dream you say ‘I have this dream to do this one day’ but then maybe it doesn’t work out or the right people aren’t there that you want to be there when something like this finally happens, in 20 or 25 years.”