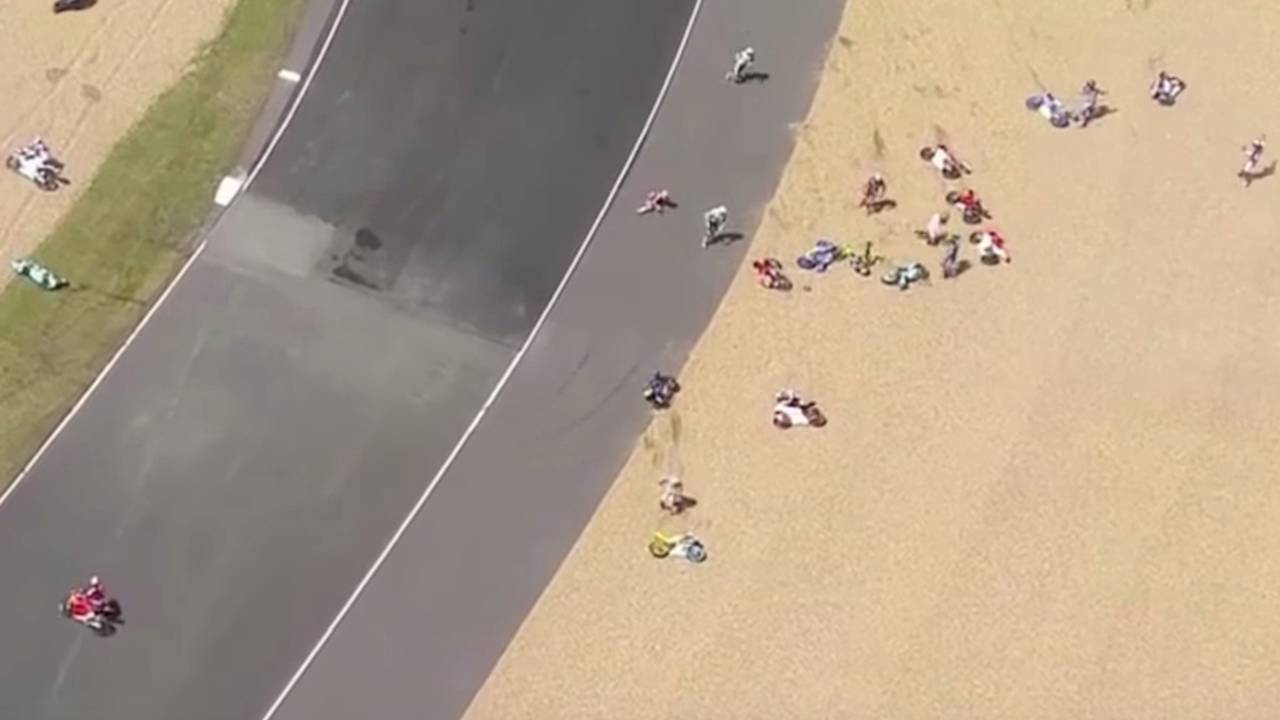 A crash at the Moto 3 French GP sees at least 12 riders sliding off the track.

Here at RideApart we have to admit we don’t tend to pay too much attention to Moto 3 racing, but this video from Saturday’s French Grand Prix has a whole bunch of people crashing and we can’t help but watch that.

We mean, A LOT of people crashing. And since – thankfully – none of them were hurt (all were declared fit for the restart afterward, according to our sister site Motorsport.com) we thought we’d share footage of the crash with you.

The incident took place early on in the race at Turn 6, spawning from a different four-bike crash that had occurred a lap earlier. In that earlier crash, Malaysia’s Adam Norrodin managed to carry on after being forced into Italy’s Lorenzo Dalla Porta.

Unbeknownst to Norrodin, however, his bike had suffered a fair amount of damage and was leaking fluid – something he and several other riders soon discovered when they all began sliding off the track. It’s difficult to count exactly how many riders went down, but we’re seeing at least a dozen leather-suited little men sliding along the pavement.

Perhaps the most interesting sight is that of riders who have crashed jump back up and shuffle around to avoid other bikes sliding toward them – the downed motorcycles suddenly looking a lot more like a child’s toys than precision sport machines. It's definitely a unique test of the cat-like reflexes needed to be a good rider.

The race went under a red flag for clean up and was then reduced to just 16 laps. Ultimately, Spaniard Joan Mir picked up the win, making it his third first-place finish of the season.