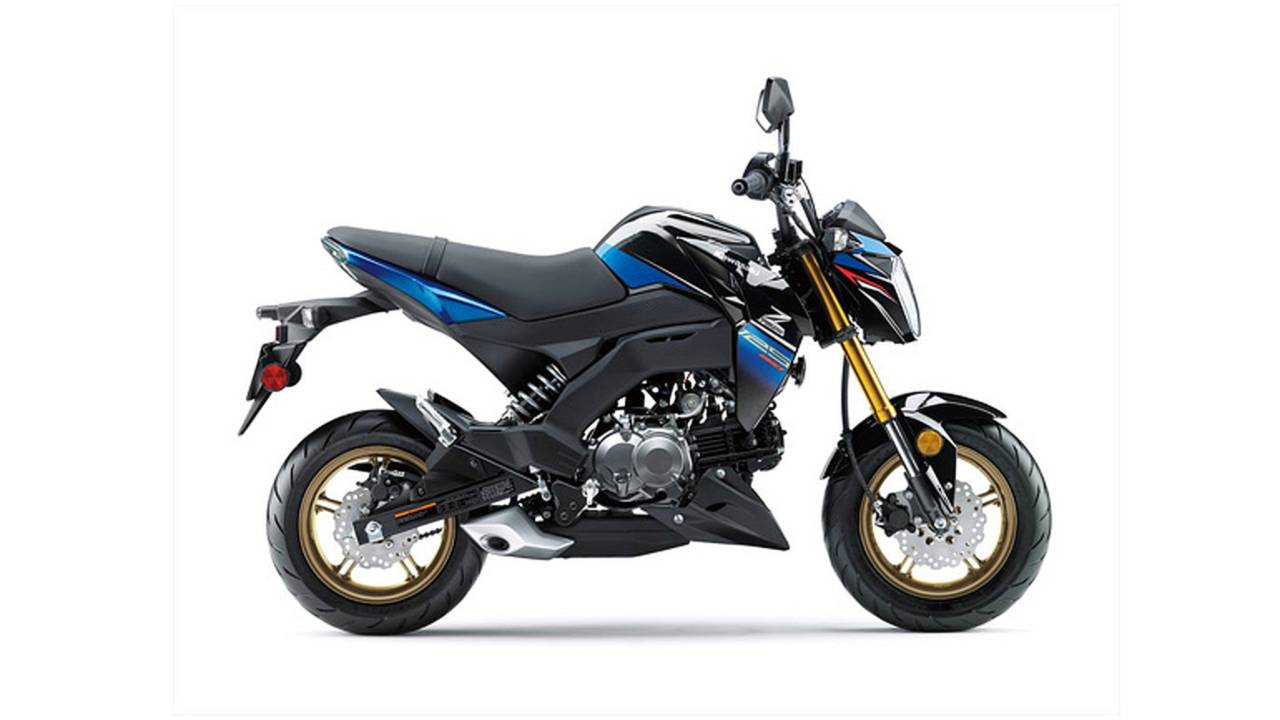 Sporty lightweights are growing up, indicating an expanding market of young and first-time riders, economy-minded urban commuters, and travelers keen to strap a trendy runabout on the back of the camper. At least that's what the big four Japanese bike manufacturers hope. Given Honda’s success with the 125cc Grom though, they may well be right.

According to Kawasaki, the 2018 Z125 Pro is designed to amplify the thrill of riding and is now available in Metallic Courage Gray and a special edition in Candy Plasma Blue/Metallic Spark Black. The stylish bike features a 2-gallon fuel tank, 31.7-inch seat height, and wet weight of 225 pounds. Kawasaki notes the Z125 is fitted with “performance suspension suitable for comfortable and sporty riding,” and is suitable for two-up riding.

So, can we have sportbike handling, fuel economy, style, and low price in one small package? Kawasaki obviously thinks so, and they mean to prove it. The specs indicate a level of engineering beyond the average effort to produce a small-bore motorcycle at an affordable price – in this case $3,199. The SOHC fuel-injected single has an automatic compression release and is tuned for quick acceleration. The 30mm inverted fork is fixed by an aluminum upper triple clamp, has four inches of travel, and carries a 200mm petal-style brake rotor. The box-section swingarm supports an offset rear shock that’s adjustable for preload.

While two-up travel on the Z125 may well be, shall we say, optimistic, presumably Kawasaki did some pre-production testing with two riders. After all, in some countries similar small-bores routinely transport a family of five plus cargo.

In addition to the Courage Gray paint scheme, Kawasaki offers the Pro SE in Candy Plasma Blue/Metallic Spark Black and the Pro KRT in traditional Lime Green/Ebony for another $200.