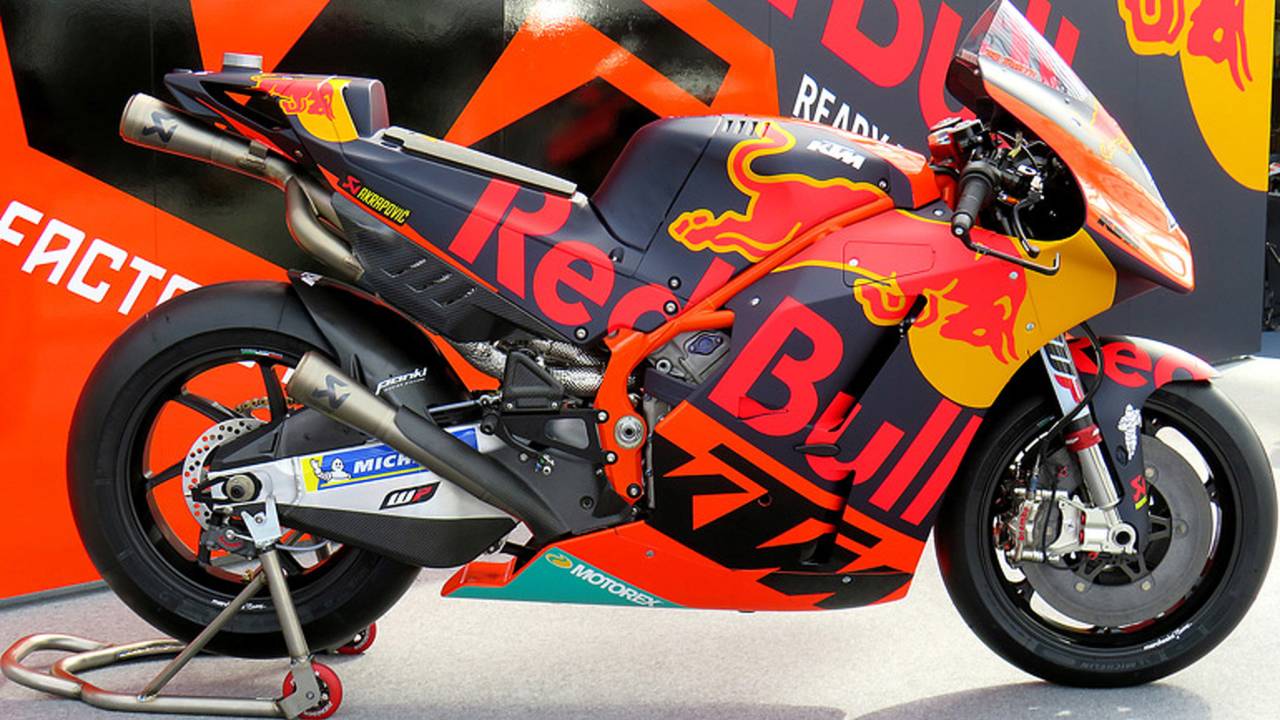 For KTM's second year in the premier MotoGP class, the Austrian company unveiled a fancy new Red Bull livery on its race bikes.

KTM has uncovered a new livery for its RC16 MotoGP for 2018, which will be the second year for the Austrian manufacturer in the premier class

The team's launch took place in Salzburg at Hangar-7, which is owned by title sponsor Red Bull.

Having made its MotoGP debut last year, beating Aprilia to fifth in the manufacturers' standings, KTM will continue with the unchanged line-up of Pol Espargaro and Bradley Smith in 2018.

The duo will be joined by test rider Mika Kallio on a third RC16 for five wildcard outings at Jerez, Barcelona, the Sachsenring, the Red Bull Ring and Aragon.

Espargaro was KTM's pace-setter in the first test at Sepang, but the Spaniard missed the subsequent Buriram test after a high-speed crash in Malaysia.

He returned to ride on two of the three days in Qatar, but it was Smith who set the pace during the final test, the Briton going 14th fastest on the last day.

For 2018, KTM will not be permitted to have unlimited fairing changes throughout the season, something they were allowed to do last year due to being a brand new team.

"The good thing to ride with KTM is you never know where you're going to finish," said Espargaro.

"Nobody could say at the beginning of last year when we were starting on the two last places on the grid that we're going to finish in the top 10.

Smith added: "It's been fantastic. We managed, I think, 14 days of testing - that is a lot of laps, a lot of improvements, a lot understanding, a lot of data and all of that's gone into what we have now.

"It's exciting starting the season in this shape knowing that if we put everything together we can come back in the same level as we finished last year, as that is never a given.

"Looking forward to now in a few days actually starting and actually getting the competitive spirit out and put in some laptimes that actually make some difference."