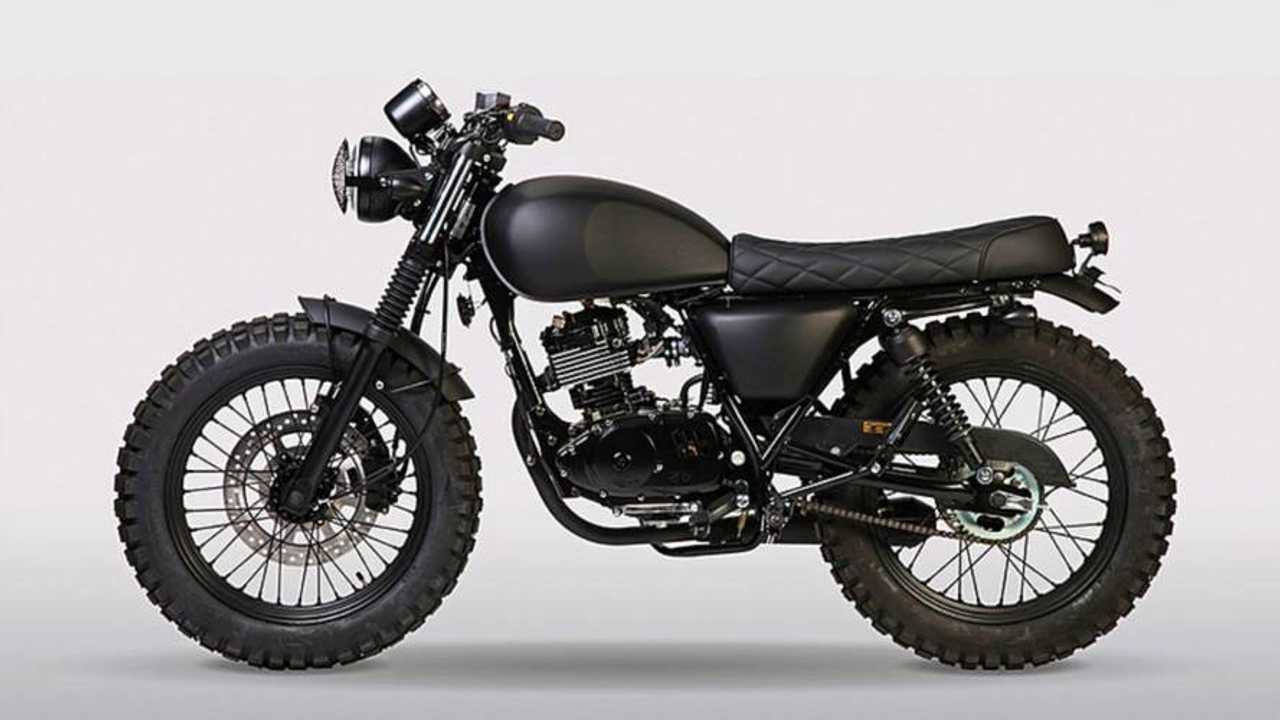 Birmingham England's Mutt Motorcycles took their Blackest Sabbath model and made it even more black. So black that it's even black enough for Nigel Tufnel.

Mutt's tiny, mighty Fat Sabbath answers the question, "Just how black can a motorcycle be?"

You guys ever hear of Mutt Motorcycles? Yeah, I hadn't either until just recently. Apparently Mutt's a niche-y bike builder out of Digbeth, Birmingham, in the UK that makes tiny, aggressive-looking bikes similar to those from Cleveland Cycleworks. All of Mutt's cafe-styled bikes are powered by rugged singles descended from Suzuki's reliable old GN-series mills and are tarted up with lots of custom bits that make them stand out in a crowd. The company makes a handful of different models—all of them apparently variants on the company's Mongrel or Hilts platforms—and the latest creation to roll out of the shop is the delightfully named Fat Sabbath.

What? Yeah, you read right—Fat Sabbath. Now, as a proud metalhead and a guy who loves a good play on words, I couldn't resist this thing when the story came across my desk. A symphony in matte black, the Mongrel-based Fat Sabbath features Mutt's fuel injected, 125cc, Euro4-compliant single mated to a five-speed transmission. Brakes are discs all around, and it has a pretty standard fork/swingarm suspension setup. What really makes it stand out (well, for various metrics of standing out) is its all black theme.

Even the turn signal lenses are smoked.

AT THE: Shots Fired! Cleveland Cyclewerks Sets Sights on India

“The Fat Sabbath is an evolution in our special Sabbath themed model," Mutt's chief mechanic Benny Thompson told our colleagues over at VisorDown. "The first Sabbath was basically a beefed up limited edition derived from our ever-popular Mutt Mongrel, we then got requests for an even ‘blacker’ version, in the spirit of Spinal Tap we asked ‘how much more black could this be - none more black’ and the Blackest Sabbath was born.’’

He's right about that. The only piece of color on the bike is its cheery round LED taillight. Everything else, from the hand-built saddle to the wide laced wheels to the grill on the tiny LED headlight is matte black. The bike has a real scrambler feel with its stance and super thick Continental Twin-duro tires, and despite all the heavy metal jokes it's pretty understated.

“We beefed the Blackest up even more, adding wider rims, super fat Continental twin-duro tyres, micro LEDs, hand fabricated fenders, a handmade blacker than black diamond stitched seat and a whole host of special touches," said Thompson. "It’s far and away the coolest 125 out there. It's more about McQueen cool than boy racers, but for everyone, not just the movie stars.’’

None... none more black.

MOON: Five Small Motorcycles You Can Be Proud to Ride

I gotta admit guys, I'm super charmed by this bike. In fact, after perusing Mutt's site for a while I'm kind of in love with all their furious little machines. They tick a lot of my boxes—retro-styled, small displacement, strong lines, etc—and I'd definitely have one myself if they sold them in the States. Maybe I should look into a CCW bike instead.