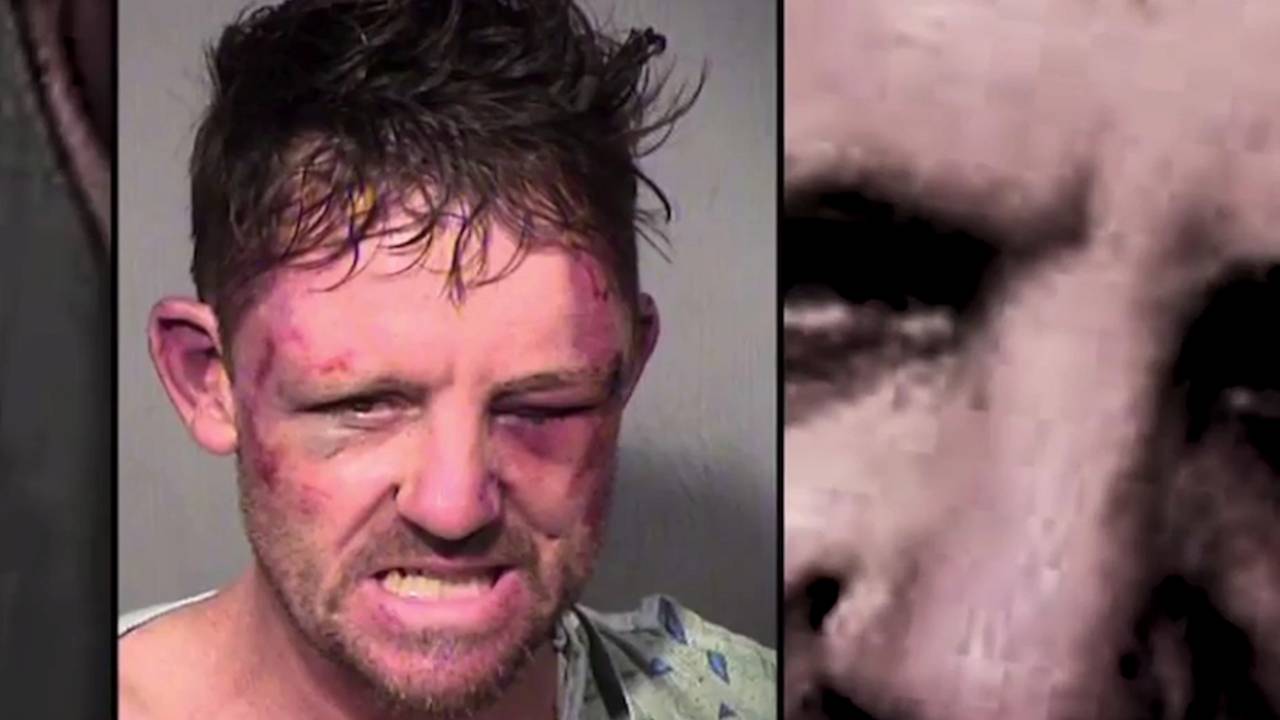 Thinking a plan only half way through has its obvious pitfalls, as one Arizona man recently discovered after robbing a McDonald’s drive-thru

The motorcycle's nimble and maneuverable nature makes it the perfect vehicle for a whole host of applications. Unfortunately, many n’er do wells are aware of the advantages motorcycles offer when used as a tool to commit crime. In the UK this has resulted in something of an epidemic where stolen two-wheelers are used in the commission of crimes. Bike-based crime isn't rare here in the States either, as shown recently when a Mesa, Arizona man took it upon himself to rob a McDonald’s drive-thru on a motorcycle.

According to Phoenix's KNXV, It all started on April 5, 2018 when Kevin Dean Hendrickson formed what he probably thought was a pretty solid plan; rob a fast-food establishment without ever having to set foot inside. The 43-year-old approached the drive-thru window of a local McDonalds, brandishing a gun and demanding money.

Mesa Police were called as soon as Hendrickson pulled out of the parking lot, and within minutes one Mesa PD officer spotted the alleged thief riding westbound in an eastbound traffic lane. It appears this actually worked, at least temporarily, and Hendrickson managed to shake his tail. Unfortunately for Hendrickson, in the time it took to do so the police set up a perimeter and had the rider boxed in. This prompted him to ditch his bike and flee on foot. Desperately in need of an out, he entered a private residence through its backyard and hid out in a closet. He spent roughly six hours hiding in said closet, where he reportedly killed time by trying on a shirt or two.

Eventually the homeowner stumbled upon Hendrickson while he was getting ready for bed.

"I had already laid my pants here and I was reaching over to grab my pajamas, and I'm standing here naked, and all of a sudden he's standing there," said Britt Rowland, the homeowner whose closet Hendrickson had gone to ground in. "I was having about four heart attacks and he just threw his hands up and says, 'I'm out of here. I'm leaving."

Hendrickson bolted from Rowland's house wearing one of Rowland's shirts and tried to find another place to hide. In a last-ditch effort, Hendrickson sought refuge in a trash can inside another neighbors backyard. From there it was only a matter of minutes before a police K9 unit found him. Hendrickson was then arrested and charged with armed robbery.

According to police reports, Hendrickson’s firearm ended up only being a BB gun. It’s also probably worth mentioning that his total haul from the McDonalds was only $67. I'm also a bit confused by what exactly happened to Hendrickson to leave his face so beat up, but based on his life choices I'm open to the possibility his injuries stemmed from a separate, unrelated, (and probably equally stupid) incident.