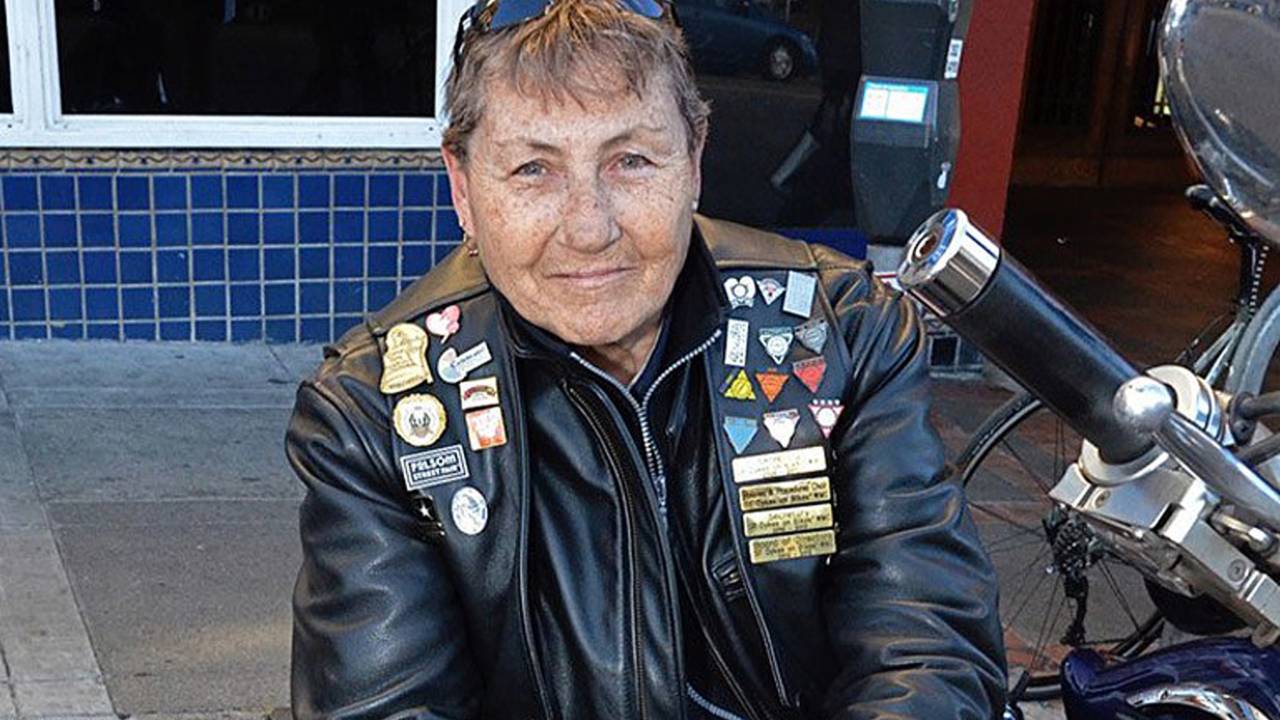 Soni Wolf, an icon of the San Francisco LGBTQ community, died at the end of April after a long life of activism, mentorship, and motorcycling.

The iconic LGBT activist and motorcycle fanatic died of natural causes in San Francisco, she was 69

The San Francisco LGBTQ community lost a mighty tall tree at the end of April with the passing of legendary activist, motorcyclist, and USAF veteran Soni S.H.S. Wolf. She left behind a legacy of activism, love, and a worldwide sisterhood of like-minded bikers.

SHE WAS: San Francisco Biker Does Good While Others Watch

If you don't know, Wolf was part of a pack of woman motorcyclists who led the 1976 San Francisco Pride Parade. One of her sister riders jokingly referred to the group as "Dykes on Bikes", and the name stuck with them after it was picked up by The San Francisco Chronicle. In the 42 years since then, Wolf helped mold the ragtag group of riders into a 501(c)3 non-profit dedicated to building an international community of woman riders and supporting philanthropic works in various LGBTQ communities. She also fought numerous legal battles to trademark "Dykes on Bikes" and worked tirelessly to take the sting out of what is otherwise a kind of offensive slur. Wolf was als the club's secretary and historian for years, and just recently retired from administration duties in July 2017.

“Soni leaves an indelible mark on history and especially on those who shared her daily life," said DoB spokesperson and former prez Kate Brown. "Soni steadfastly refused to accept “Dyke” as an epithet. She blazed the trail for the rest of us in courage and LGBTQ pride. She taught me leadership takes many forms; there is strength in patience, power in listening, and small acts have a way of being defining moments in history. Like the roads we ride, our lives take many twists and turns. I am forever grateful for the route that brought Soni into my life.”

AN UNKNOWN LEGEND: Thirty-Six Hours in San Francisco on a Yamaha Zuma

Wolf was scheduled to be a Community Grand Marshal of SF's 2018 Pride Prade, an honor she was apparently fiercely proud of. Due to her untimely passing, she'll be represented in the parade by a pack of close friends carrying the custom-painted tank off the bike she rode in that first parade back in 1976.

“Soni’s legacy looms large at San Francisco Pride. Our theme for 2018 is Generations of Strength, and it is with immense gratitude that we recognize and celebrate Soni’s life and contributions," said San Francisco Pride's Executive Director George Ridley. "The Dykes on Bikes contingent is an integral and essential component of our Parade. I speak both personally and on behalf of the entire organization when I say that Soni is greatly loved and will be missed”.

In the wake of her passing, Dykes on Bikes founded the Soni Wolf Memorial Fund to catalog and preserve the massive amount of historical data pertaining to DoB and San Francsico's LGBTQ community Wolf collected throughout her decades as the club's historian. There's currently a GoFundMe raising money for the Fund, so if you're interested you might want to kick in a couple bucks to help preserve some San Francisco motorcycle history.

IN HER TIME: Cracks in the Clockwork, Commuting Through San Francisco

Source: The Advocate and Dykes on Bikes MC