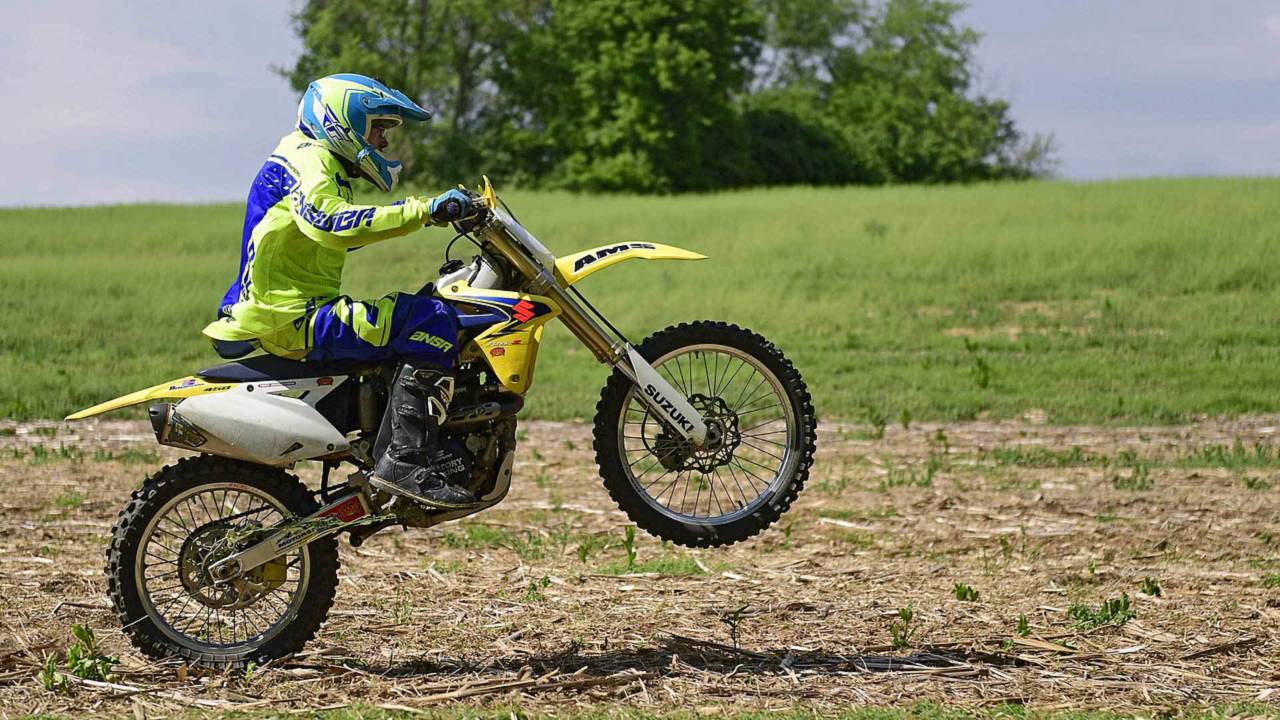 Paralyzed in a nasty dirt bike crash, Mark Frahn worked hard to not only walk again, but to ride again. Now, almost a year after his crash, he has.

Mark Frahn's entire life was turned upside down June 11, 2017. Raised in rural Southeastern PA, Frahn started riding dirt around as a child on a Honda XR50. Over the years he honed his skills and went through a handful of bigger, better bikes before settling on a Yamaha YZ450F. In 2017, at the age of 22, he began racing competitively. Then came that fateful Friday when everything changed.

On a lazy afternoon in early June 2017, some of the Frahn family—father Bill, brother Corey, and Corey's young daughter Caitlyn—was enjoying a bit of family time at their house in Codorus Township, York County, PA. Mark was breaking in an XR450 he'd recently built and was working on a new jump he'd developed. After a few slow patches, Frahn decided to take the jump but he misjudged it and ended up crashing. He suffered a collapsed lung, nine broken ribs, a broken left femur, a fractured right hip and pelvis and, worst of all, an L1 incomplete spinal cord injury.

Bill Frahn helps his son Mark get back in the saddle.

Unconcious and seriously injured, Frahn was airlifted to York Hospital. There, once he woke up, doctors told him he'd never walk again.

“It seems like everything that I was working for just stopped," he told the York Daily Record. "It was my fault because I wanted to go out and ride a dirt bike, I wanted to race."

Frahn spent his two week convalescence in York Hospital's Level 1 Trauma Center watching dirt bike videos and struggling with his new reality. Finally, with some trepidation, he told doctors that not only would he walk again, but he would ride again too.

"I had that thought before: What if I get hurt again? What if the injury’s even worse and what if I lose all function? I’ve always been taught not to be scared of falling, always get up," Frahn said.

Within two weeks of the crash feeling began returning to his legs. Months of intense physical therapy helped him walk again with assistance, he got back to his studies as an aspiring vet tech at a local tech school, and he worked tirelessly to get back in the saddle. Now, less than a year after his near-fatal crash, Frahn has done just that.

On May 11, 2018, Frahn once again took to the dirt on one of his beloved bikes with the help of his brother and father. Against all odds he was back, and hopefully we'll see him race again in the not too distant future.