Listen and understand. The Wrecking Crew is out there. They can't be bargained with, they can't be reasoned with. They don't feel pity, or remorse, or fear. They absolutely will not stop, ever, until they win every race this season. Once again the reigning champs of eating everyone's lunch on the dirt circle have not only swept the podium, but have taken damn near every slot in the top ten winners at the Springfield Mile. What's it like to be the dirt track version of the Terminator? Let's ask Indian.

THEY CANNOT BE STOPPED 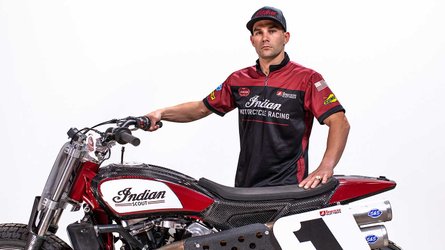 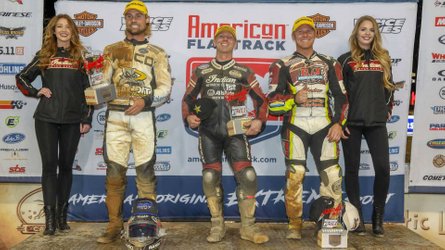 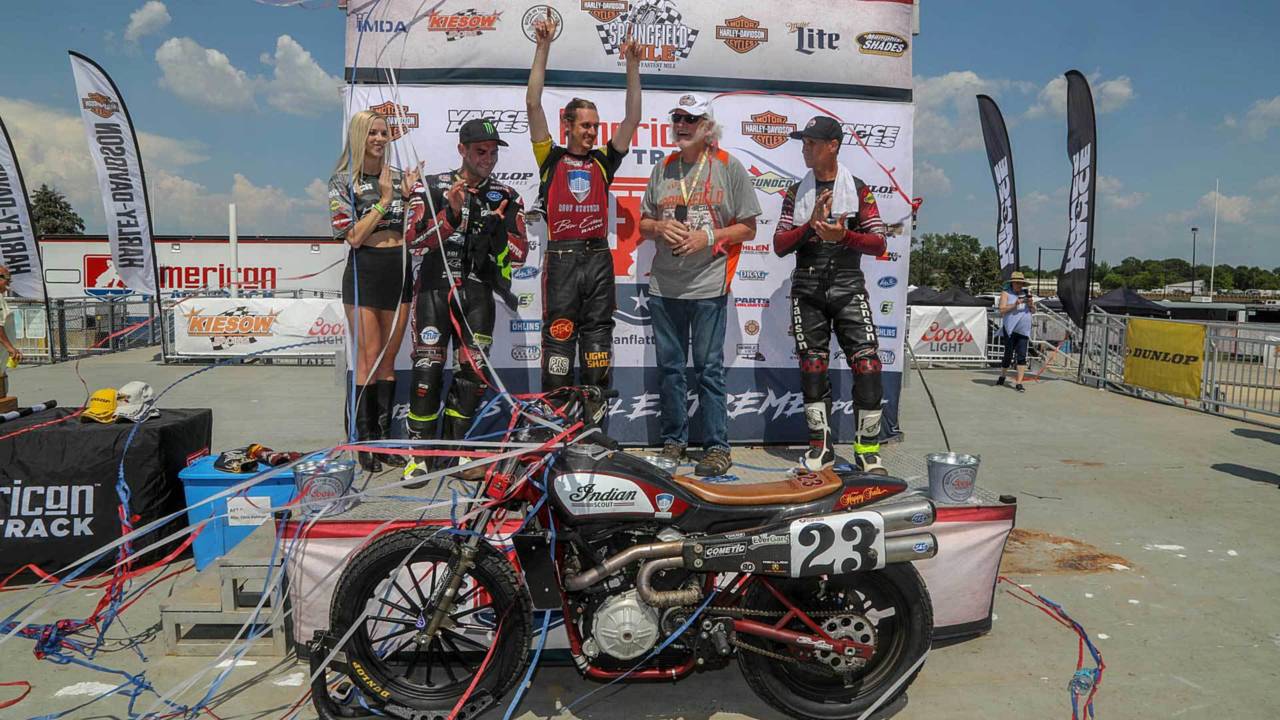 Another podium sweep in the can for Indian.

In a thrilling start, Carver, Mees, and Coolbeth battled for the top position along with Indian Motorcycle privateer Davis Fisher (RMR/Double D Performance). Carver fought his way to first and created a gap between him and the rest of the pack in the second half of the race. Mees secured second place by overtaking Fisher in the 20th lap, who ended up in the fourth spot after Coolbeth worked his way to third place.

“To get my first win of the season at the legendary Springfield Mile is truly special. The history here is incredible and it’s always been a race I have wanted to win,” said Carver. “My team had the Scout FTR750 dialed in. We’re putting it all together and it’s giving me the confidence to race hard.”

“It’s awesome to see Jeffrey get his first win on the Scout FTR750. He’s been a fierce competitor this season so to see him and his team put it all together and get the win is fantastic,” said Gary Gray, Vice President – Racing, Technology & Service for Indian Motorcycle. “With back-to-back races of taking first through seventh, it’s clear many riders are feeling comfortable and confident on the Scout FTR750. With the Red Mile and OKC Mile approaching, it’s likely a few of these guys who have been close will break through and compete for that top podium position – just as Jeffrey did at the Springfield Mile.”

Through seven races this season, Mees remains at the top of the leaderboard with 145 points, while Wiles holds second-place with 101 points and Coolbeth in third with 90 points. Carver, Brad Baker, Fisher and Chad Cose currently sit fourth, sixth, seventh and eighth place, respectively.

The Indian Wrecking Crew and stable of privateers aboard the Scout FTR750 will continue its season on June 2 at the Red Mile.