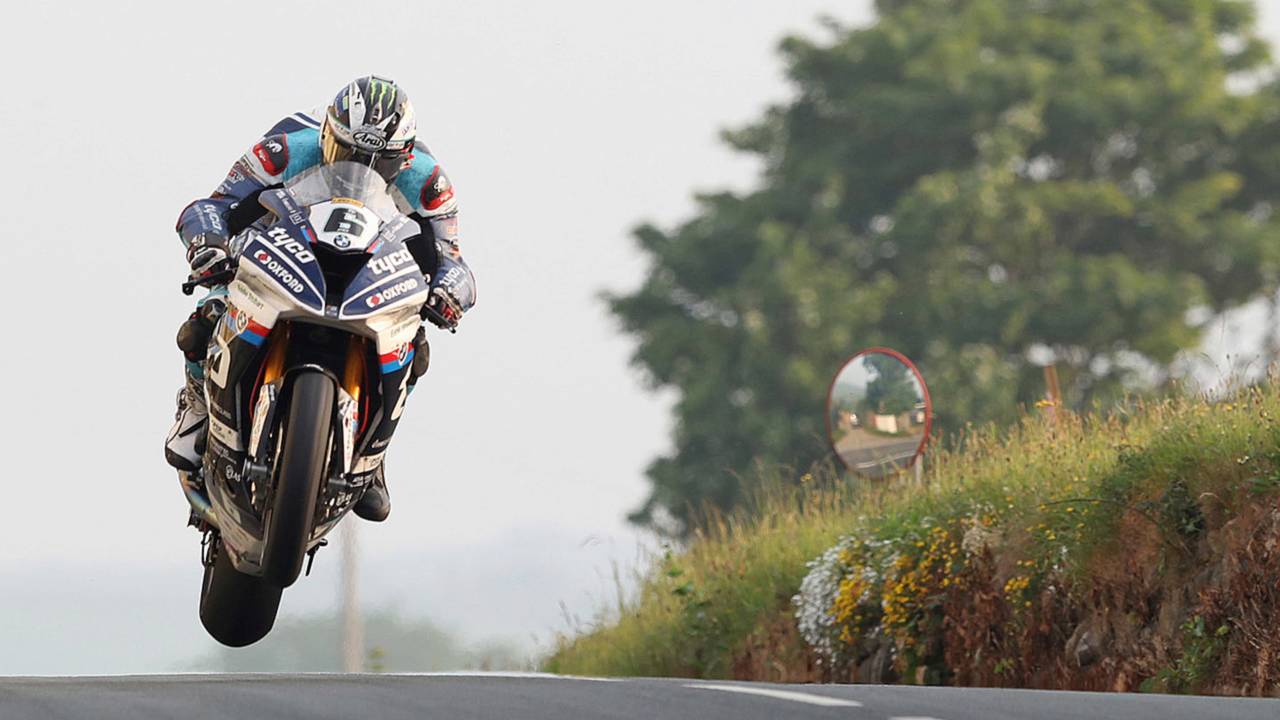 After the race, a victorious Dunlop said he “just wanted to do that for Dan ”.

Dunlop's teammate Dan Kneen tragically lost his life in a crash at Churchtown during Wednesday night's practice, with the late rider's father Richard giving the Tyco team his blessing to continue.

Everything You Need To Know About: The Isle of Man TT

After the race, a victorious Dunlop said he “just wanted to do that for Dan”.

Conor Cummins was first down Bray Hill on his Padgetts Honda, but it was Superbike practice week pacesetter Harrison who led on corrected times into Glen Helen by 3.5 seconds over Dunlop.

Peter Hickman slotted into third at the opening timing split ahead of Cummins, but the Smiths Racing BMW rider dramatically dropped off the pace into fifth behind James Hillier over the mountain section, and retired in the pits at the end of the first lap.

Harrison continued to extended his advantage over the Tyco BMW rider across the opening lap, and he then smashed the outright lap record set by Dunlop in 2016 with a 134.432mph lap at 16m50.384s from a standing start.

The Silicone Engineering rider's searing pace put him almost 15s clear of Dunlop on the run to Glen Helen on lap two, and stretched that advantage up to 17.8s by the time he came in for his first stop.

Dunlop's Tyco team were able to claw back two second on Harrison during the pitstop phase, and he continued to chip away at Harrison's lead to get it down to 11.5s at the start of lap four.

Harrison's lead was cut to nine seconds at Glen Helen, with Dunlop slashing a further five seconds off of his advantage through Ballaugh. As he headed through the Sulby section of track, Harrison's Kawasaki expired, releasing Dunlop into a 38s lead over new second-place man Cummins.

Dunlop eased to a 52.6s lead over Cummins over the fifth lap, and kept it at a constant 50s over the final lap to claim another TT win.

Cummins headed JG Speedfit Kawasaki's Hillier by 21.6s in second, with David Johnson a further 32.7s back from the podium in fourth on his Gulf BMW.

Michael Rutter completed the top five on his Bathams BMW, which was fitted with a standard engine after his mechanical dramas on Thursday.

Lee Johnston took the chequered flag in sixth, while Honda teammate Ian Hutchinson's first race at the TT since his leg-breaking crash in the Senior event last year ended in retirement on lap four.