The perfect bike for the kid in all of us.

What’s more fun than a barrel of monkeys? Riding a monkey bike, of course! Apparently, that’s something Honda found out pretty early in the 1960s. Here in 2021, if you’re lucky enough to find an unclaimed modern Honda Monkey in a showroom, they have the kind of miniaturized retro-modern appeal that’s sure to bring a smile to your face. Please strap in and travel back in time with us to a time before two-wheeled Monkeys charmed the world.

Back in 1961, Honda opened an amusement park in Hino, Japan—a Tokyo suburb. It was called Tama Tech Park, and primarily featured motor vehicle attractions for the public to come ride, touch, and experience in person. One of those attractions involved a 49cc Super Cub engine stuffed into a completely new, tiny little bike.

It was called the Z100, and it was so tiny that it actually rolled on five-inch wheels. Granted, they and the tires they were wrapped in were considerably fatter than other tires of the day, but that’s still absolutely miniscule. Of course, the 1961 Honda Z100 was actually meant for children to ride—not adults. Did adults ride them anyway? I think you know the answer.

Where did the term “Monkey” enter the picture? Well, children riding a tiny bike probably wasn’t half as funny as seeing adults ride them. Scrunching an average adult down to fit such a tiny bike made those adults look quite a bit like monkeys—and the nickname eventually stuck. As the story goes, the Z100 proved to be so popular with park-goers that Honda decided it needed to put out an actual road-legal version.

A few years later, in 1964, Honda introduced the CZ100 in Japan. It grew in popularity in its home market before Honda iterated once more and took the foldable Z50M to Europe in 1967. In addition to folding up into a stowable little Monkey bike long before the Motocompo was a glint in Soichiro’s eye, the Z50M also came with a three-speed transmission and an automatic clutch.

By 1968, Honda finally decided to bring the Z50A to the U.S. The Mini Trail, as it was also known, was officially where America’s love affair with these tiny bikes began in earnest. Besides the beautiful two-tone red-and-white looks enhanced by chrome, the Z50A boasted eight-inch wheels and an actual front suspension. The first ones came with no headlight or turn signals, and so weren’t strictly road-legal until Honda equipped those crucial parts in 1969. 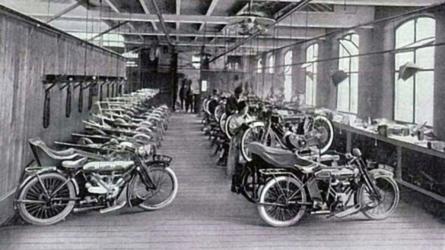 Defunct Bike Maker Phelon And Moore To Be Memorialized In Yorkshire 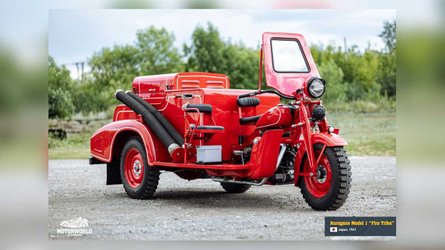 Sadly, amid the economic downturn and dismal attendance numbers, Honda subsidiary Mobilityland Corporation officially closed Tama Tech Park in 2009. It posted its highest-ever attendance numbers in 2002, where it saw over one million visitors in a single year. By 2007, that number had dropped significantly, hitting just 620,000 and leading the company to its eventual conclusion.

So, the next time someone tells you that something you like is just for kids, just think about the 60-year journey of the Honda Monkey and smile. The Monkey has grown over the years, as we all (mostly) have—but if its diminutive charms can’t bring some joy to even the stoniest of faces, then what can?