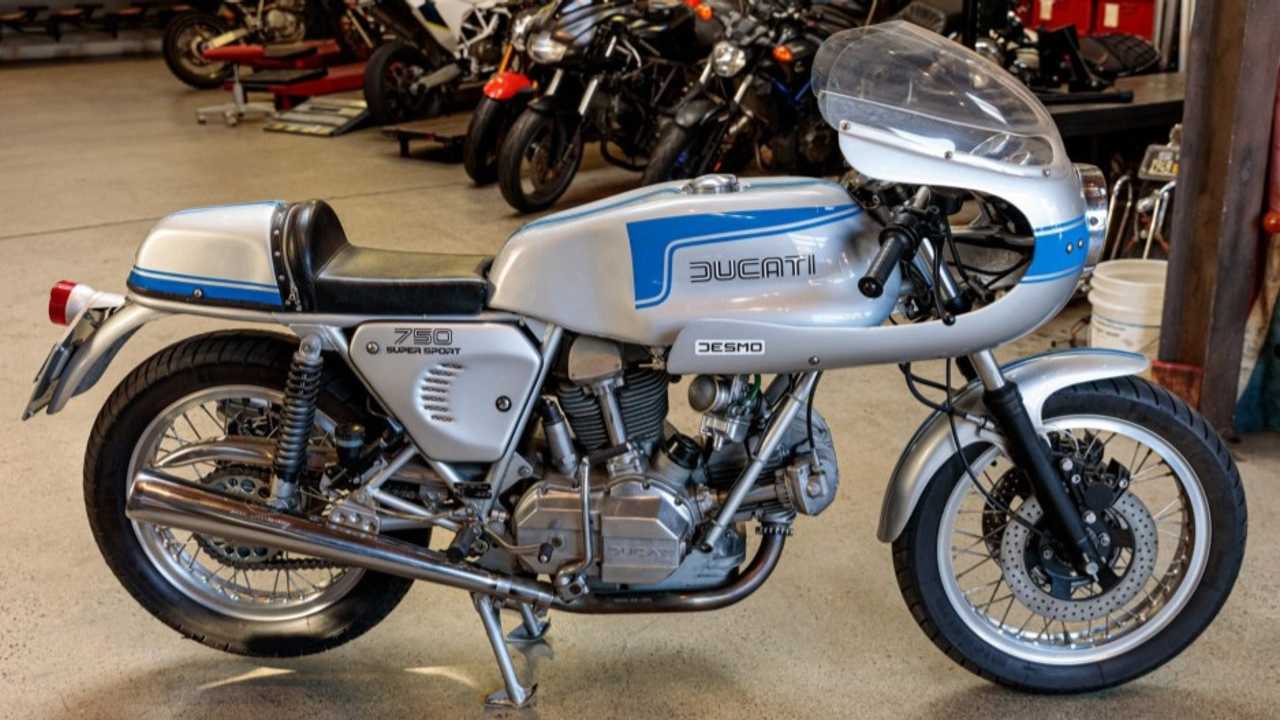 This sweet Italian stallion is looking for a new home.

It goes without saying that few motorcycles in the world have the capability to stir the soul as much as a classic Ducati. Many of us grew up dreaming of owning one of Ducati's iconic machines, and intently followed the Italian legend's success in motorsports. That being said, a rare and classic example has turned up on Bring A Trailer, and is more than worthy of your attention.

With less than 300 examples ever built, the Ducati 750SS is indeed an appreciating classic that's a perfect fit for a diehard Ducatista's collection. To add to this bike's rarity is the fact that none of these were ever shipped to the US when new. This particular example is from 1976, and is finished in silver with blue accents. Granted, not in one-hundred percent original condition, this bike comes with a few tasteful touches such as an aluminum fuel tank crafted by Evan Wilcox. The paintwork on this machine was done by Underground Colors in San Francisco, California. Other accessories include a cafe-style rear section, and a bikini fairing.

The Ducati 750SS put power to the ground by way of a square-case 748cc L-twin mated to a five-speed manual transmission.The air-cooled, desmodromic engine churned out an impressive for the time 63 horsepower, making it a pretty peppy machine. To keep this bike in good running condition, the fuel hoses and petcocks were replaced prior to being put into storage. As mentioned, the bike has been fitted with an Evan Wilcox aluminum fuel tank, however, for those with a penchant for keeping things original, the stock fuel tank will be included in the sale.

Prior to being imported into the U.S. in 2012, this Ducati resided in Europe, particularly in Austria and Switzerland. All importation documents have been neatly sorted out, and the bike comes with a clean California title in the seller's name. As of this writing, the current bid stands at an impressive $26,000. Be sure to place a bid on this 1976 Ducati 750SS if you're interested in adding this bike to your collection.