He switched from Harley-Davidson to Indian Motorcycle, but that wasn't why he made history.

In modern times, it’s not that rare to hear about successful professional racers who started when they were incredibly young. Reading countless biographies of current racers shows you people who started flogging bikes as fast as they could go at the tender age of 3 or so, and I’m not exaggerating. That wasn’t always the case, though. Back when motorcycling (and motorcycle racing) was in its infancy, the idea of some young upstart becoming enthralled with motorbikes and racing was a novelty—and a 14-year-old building a bike from scratch just so he could go racing was a sure sign that you should humor the lad’s wishes.

Folks, that’s how the legendary early Harley-Davidson-turned-Indian-Motorcycle racer Albert ‘Shrimp’ Burns got his start. Like a jockey mastering the horsepower that sped around on four legs instead of two wheels, Burns used his diminutive size to his absolute advantage.

He’d race whatever bike he could, just happy to get out and go. Several famous racers of the era were seriously perturbed by a tiny little upstart kid managing to finish second on an inferior machine, so they naturally made a stink about his small size being an unfair advantage. Weight was and is definitely a factor in racing, even though there’s something to be said about being a poor loser in this instance. Fans of modern racing are well aware of the lengths to which some pros will go to meet strict weight requirements, including wearing extremely heavy, comically outsized wristwatches to add a little heft to that post-race scale.

In a tale seemingly as old as time itself, Burns was a racer’s racer, before most racers probably even knew what that was. Even breaking his shoulder and fracturing his collarbone in the same crash couldn’t stop Burns from climbing back aboard his machine and winning one particularly memorable race. Granted, a) he didn’t know the specifics of the damage until after a full post-race medical examination, and b) there’s something to be said for adrenaline, but how would you like to try something like that?

If you don’t know Burns’ story, I won’t spoil it for you. However, if you’re at all interested in this period of motorcycle racing—or in early American motorcycling history in general—take a 10-minute break and give this little history short from On Yer Bike a watch. 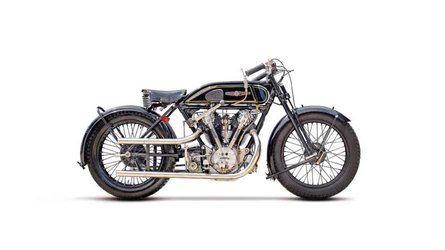 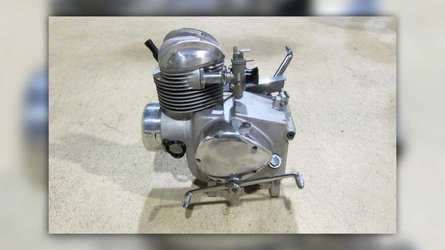 What Is This Weird Mystery Motorcycle Engine Bonhams Is Auctioning Off?
By: Janaki Jitchotvisut
++
++
Got a tip for us? Email: tips@rideapart.com