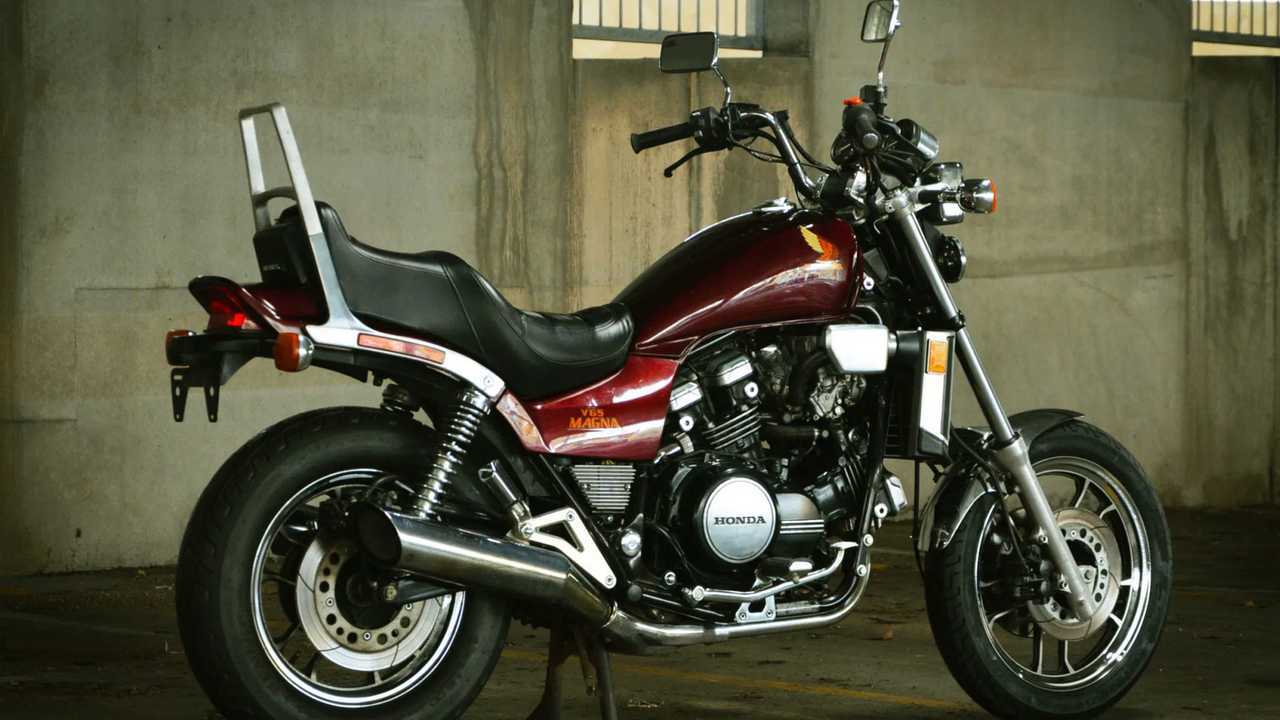 Superbikes are cool, but superbikes in cruiser clothing are cooler.

Earlier this week, we speculated on rumors that Honda is working on a new V4 superbike. The 2015 RC213V-S was a swing and a miss, but Honda may not have given up on this unique cylinder configuration just yet. With the CBR1000RR-R, though, does Honda really need another high-end superbike? I think not. I think this hypothetical V4 should be the heart of a new Magna.

The last time Honda built a Magna was 2003, a design dating all the way back to 1994 with few changes. It was a traditionally styled cruiser, but with a 750 cc engine straight out of VFR. This made it a sportbike in cruiser clothing. It had the typically relaxed riding position and handling. Its V-style engine visually hid the fact that it had four cylinders rather than the traditional two. Get on the throttle, though, and had some serious get-up-and-go, not to mention a distinct engine note that will never be confused with a Harley.

Compare the old Magna to the Kawasaki Vulcan S. It, too, is a cruiser with the heart of a sportbike, in this case, Kawasaki's excellent 650 cc parallel-twin. While I enjoyed my demo ride on one last year, it felt like a bike with a split personality. Though it rode and felt like a cruiser, the engine virtually had "Ninja" written all over it. It's a collection of great parts, but the combination just didn't feel quite right to me.

Maybe it's the lower torque curve that any engine with a V configuration provides, but a V4 seems to be a much better match for a sport-cruiser than a parallel-twin. It adds the torque you want from a cruiser while still delivering good top-end horsepower, rather than falling flat on its face like a V-twin. It's the best of both and makes a great compact package for a motorcycle as well.

I like cruisers. I also like speed. This is probably why the Magna appeals to me so much. It provides speed in a comfortable if slightly slower package. Even the newest ones are at least 17 years old now, though. As I learned from my Honda Shadow, not to mention my PC800, parts are getting more and more difficult to find for older Japanese bikes. If Honda made a new Magna, it would probably be my ultimate motorcycle (while keeping my KLR for dirt adventures). I'd be hard-pressed not to pick one up.