Is Honda Planning Another V4 Superbike? 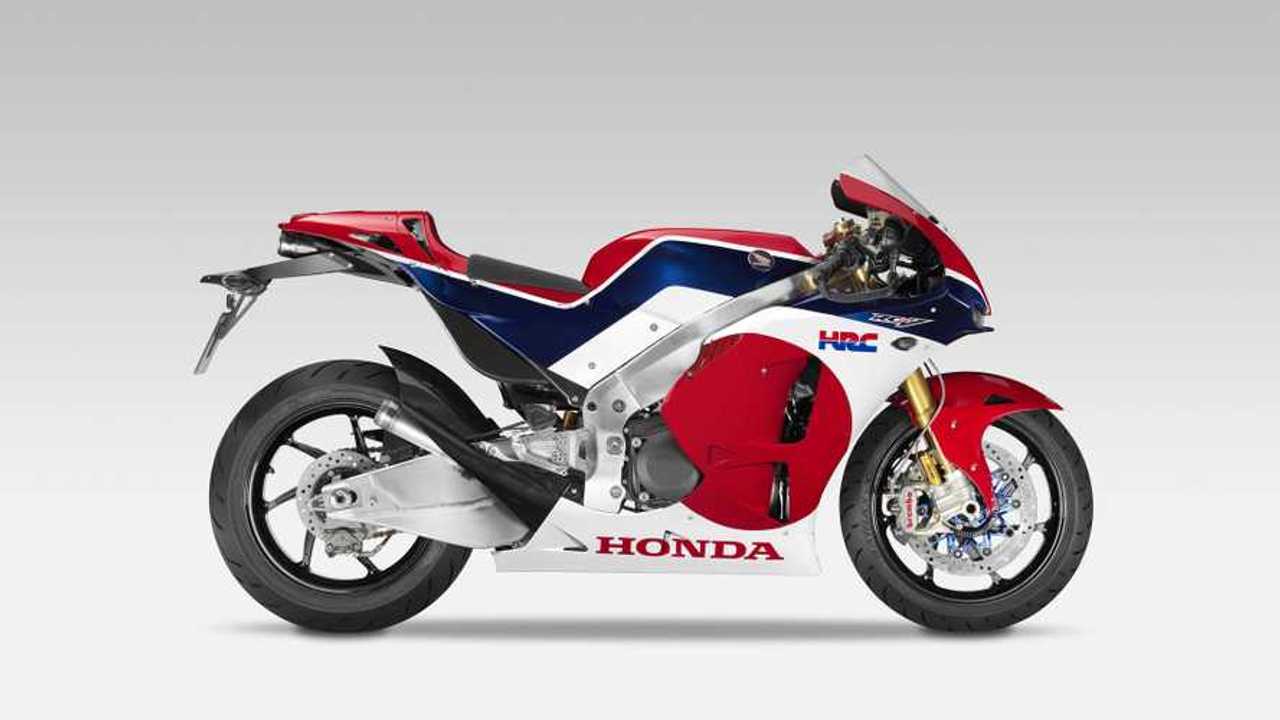 The RC213V-S was a disappointment. Can Honda get it right this time?

We thought this rumor was dead, but it isn’t. Japanese moto-mag Young Machine is once again prophesizing about a new Honda superbike. Supposedly, Big Red is working on another V4 literbike, possibly for release in the near future.

If you’re thinking this sounds familiar, you’re right. In the early 2010s, there was all sorts of buzz about a production superbike based on Honda’s V4 MotoGP bike. Speed junkies got all slobbery and excited thinking about the possibilities. Mad horsepower? A seamless transmission? Ultra-light weight? Pneumatic valves? What madness could Honda be planning?

The answer was disappointing. When Honda debuted the RC213V-S for 2015, RideApart’s reaction was “Rumors of a new Honda V-4 superbike have been swirling for years now, but if one is coming, this probably isn't it.” Unfortunately, it was. In its street-legal configuration, the RC213V-S only made 159 horsepower. Adding race-only parts could boost that to 215 horsepower, a healthy number for 2014, but not much more than stock configuration for other street-legal superbikes like the Ducati Panigale. In its street clothes, the RC213V-S actually had a higher dry weight than the Panigale, at 375 pounds vs. the Panigale’s 367 pounds.

As well, the RC213V-S didn’t have the pneumatic valve train that customers wanted, or the seamless gearbox. It was pretty close to Honda’s satellite MotoGP bike of that era, but a far cry from Marc Marquez’s factory machine. It came with a $184,000 price tag, too—for that kind of money, you can buy a race-prepped machine from a World Superbike team or an IOMTT racer. Still, Honda probably wasn’t too worried about leftover stock, as collectors are always mad for machines like this.

Flash forward to 2020, and now there are new rumors of a V4 superbike. Why? Didn’t Honda just update its inline four literbike platform in late 2019, with the piratically-named CBR1000RR-R?

Young Machine seems to be basing its theory on three ideas. First, Honda’s been busy working on the V4 design over the past five years. Even after the RC213V-S launch, Honda’s been working on new V4-related patents.

Second, the Japanese publication claims Honda wants to build a new V4 platform to stay abreast of Europe’s increasingly restrictive emissions regulations. And finally, Young Machine also believes Honda sees all the acclaim for the Ducati Panigale V4S superbike, and wants to grab some of that attention for its own machine.

Is this all for real, or is Young Machine dreaming it up? It’s hard to say, because the Japanese factories are so tight-lipped—here in North America, we rarely learn of anything new from the Big Four unless they want us to. However, Young Machine does have a track record of being the first mag with details about new Japanese motorcycles. That’s not saying their report is true, and a few patent applications are no guarantee of a new V4. Also, it’s hard to imagine Honda abandoning its recently-overhauled CBR1000 platform. Who knows, though? Maybe Young Machine has sources or gossip we don’t know about, and a new Age Of The V4 is about to dawn.