Photogromer shows us how to upgrade the clutch and oiling system to keep doing those dank wheelies.

The Honda Grom is a fun little hooligan bike. Its small size makes it a great choice for stunts since it's easier to handle than a full-on supersport. There are some drawbacks to its design as delivered from the factory, however, particularly when it comes to popping wheelies. The clutch may be prone to slipping as you whack the throttle open at high revs. Even worse, pointing your front wheel to the sky sends all of the oil to the back of the engine, away from the oil pump pickup near the front. Oil starvation will eventually kill your engine after a good long wheelie, which is a terrible way to lose style points. Fortunately, the aftermarket has solutions for these problems, which Photogromer shows us as he installs them on one of his bikes.

Turning A Motorcycle Into A Unicycle: 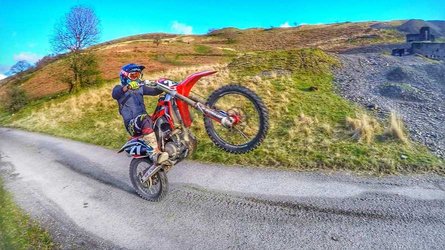 How To Pop A Proper Wheelie? 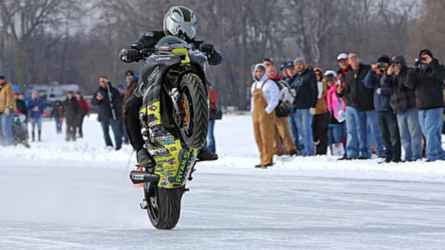 The Grom's stock clutch isn't particularly strong. Really, a 125 cc engine doesn't need much force to keep the clutch from slipping unless you're really whomping on it. Doing wheelies is pretty much the exact definition of "whomping on it," so an upgrade is in order. Photogromer has chosen a Koso clutch kit, which includes upgraded disks and springs. Rather than use the Koso springs, though, he's trying a set from Yuminashi that is even stiffer. He also installs a Chimera pressure plate and Straight Up Pumps clutch basket, which uses six bolts to hold the assembly together rather the original three. This setup should hold up to just about any abuse.

Once vertical, you have to keep it there, and blowing an engine from oil starvation is not the way to do this. Straight Up Pumps offers a stock oil pump that has been modified with a special tube that reaches all the way to the back of the engine. This way, the pickup remains in the oil whether the Grom is on one wheel or two.

Naturally, if you're going to pop wheelies, we advise you to keep it off the street. It's hard to resist the temptation to play, though, and bikes like the Grom practically beg you to hoon around on them. Wheelie responsibly, and like Photogromer says, no loopies.