Look Twice. Save a Life.

The State of Michigan wants to make an impact on motorcycle safety, and has launched a comprehensive and striking campaign to achieve that aim. Billboards, gas station videos, and a public education campaign will help show motorists how to spot motorcycles. It will also help educate drivers about the prevalence of car-vs-bike crashes on city streets, and the role drivers play in keeping those of us on two wheels safe. 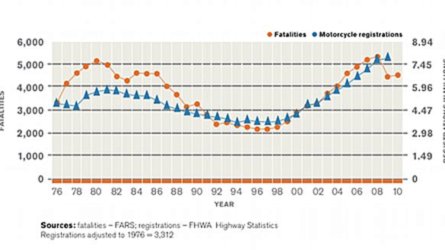 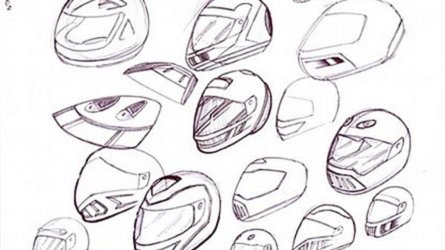 MSF gets serious about motorcycle safety

Two separate videos have been circulating on gas station video monitors throughout summer, while three billboard ads were also placed around the state, as well as a set of “duoboards” which use multiple billboards to hammer home the message. In the creatives, Michigan will point out that most motorcycle crashes happen when a car turns left in front of them and implore drivers to “Look Twice. Save a Life”.

Michigan is even offering handy downloadable “tip cards” which motorists can print out and use as a refresher when motorcycle season ramps up.

The cards open by saying that 84 percent of motorcycle crashes that involve a car happen on city streets, not the highway, and that most happen when cars turn left in front of oncoming motorbikes. They go on to explain that motorcycles are often closer than they appear, and provide tips for drivers on how to spot bikes. I personally am going to print a few to keep in my jacket – then, whenever a driver cuts me off or goes to turn across me, calmly hand it to them at a traffic light.

Understanding that motorcycles move in a different pattern, at different speeds, and are harder to see, is one key message of the campaign. The cards finish by reminding drivers not to let their cell phones distract them when driving. Michigan is one of only 17 states with distracted driving laws, although the fines are relatively light.

The fact remains that drivers continue to find it hard to spot, predict, and understand the movements of motorcycles on public roads, and campaigns like this go a long way towards improving safety, as well as traffic flow for all. Even in cities where drivers are hyper aware of motorcycles, for example in California where bikes are prevalent on the roads year-around, it is important for riders to take steps to mitigate the dangers.

Always ride alert, and always use your position in the lane to help make yourself more visible. In traffic, make sure you are a presence in driver’s mirrors, and avoid sitting in a blind spot. Have an escape route planned, so you know where to go should someone inadvertently invade your space on the road, and always be prepared to stop.

This campaign and others like it help humanize motorcyclists, and make us more visible. The rest is up to us.