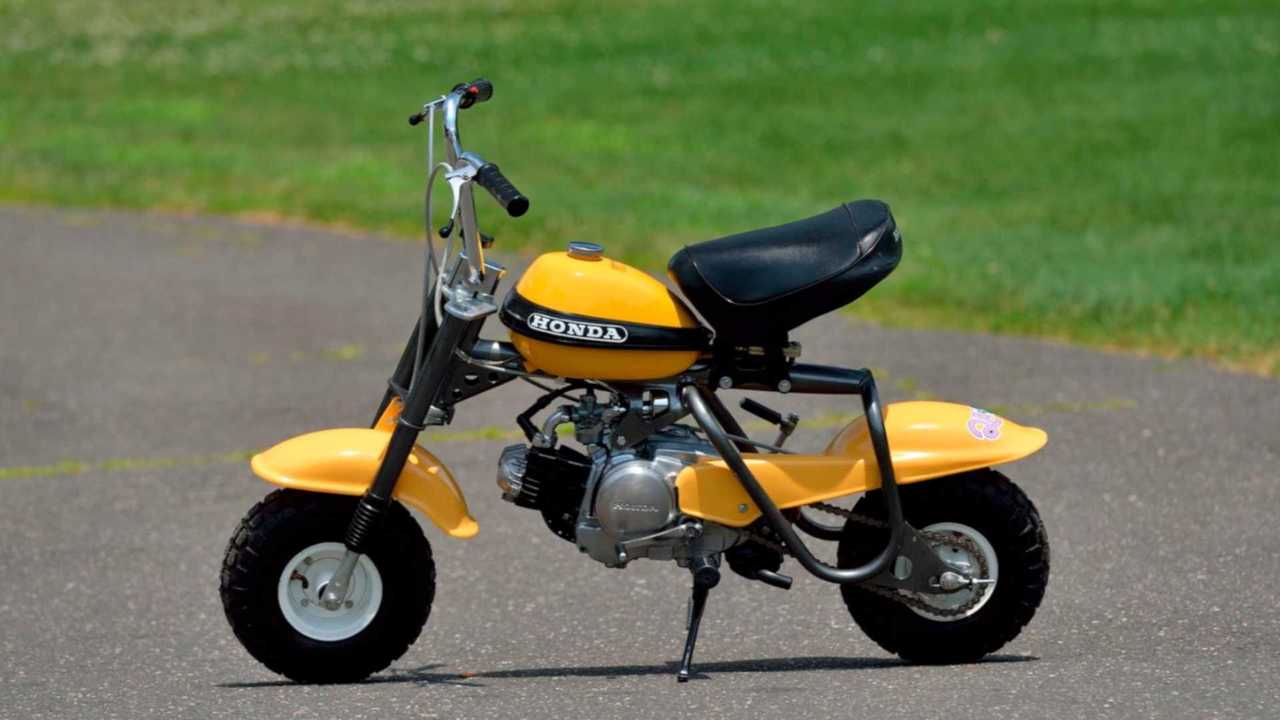 If you spend much time trawling the listings of motorcycles for sale, you’ll see 1970s Honda minibikes from time to time. I personally see mid-70s Z50s pretty regularly, but occasionally random stuff like this 1971 Mini Trail shows up. What you don’t see often is a one-owner 1970 Honda QA50 K0 Minibike—and especially not one that’s been fully restored. It’s about to be Lot S32 at the Mecum Monterey 2019 auction from August 15 through 17, and it’s easy to see why.

Off-road minibikes were a thing in the early 1970s, but as Silodrome notes, they took a lot of abuse from just about anyone who threw a leg over them. Small children and adults alike were just as likely as one another to thrash these things to bits. Once their tiny charms wore off, these bikes were then forgotten in some garage corner or shed to gather the accumulated grime of years of neglect. If ever an entire segment was “ridden hard and put away wet,” the off-road minibike niche may have been it. As such, if you do come across one of these QA50s for sale, it’s much more likely to look like this one.

The person selling it through Mecum saved up hard with a fifth-grade summer job to buy this bike new in 1969. He wasn’t afraid to ride it, but he also took care of it. Still, over time, this QA50 sustained bumps and bruises as any well-ridden and loved motorcycle might. Eventually, the owner did a complete restoration, including a beautiful repaint in factory Gypsy Yellow.

This entire QA50 has had a good going over, with no period-correct restoration point left untouched. The 49cc OHV engine has been rebuilt, and new-old stock rubbers, upholstery, chain, coil, tubes, and wheel bearings have all been installed. The frame has been powder-coated, chrome bits have been rechromed, hubcaps have been polished, and new tires mounted on its tiny wheels.

As the cherry on top for a bike of this purpose and age, it even comes with both the original owner’s manual and spark plug wrench—along with the original bill of sale. Mecum estimates this will pull in between $6,000 and $8,000 when the final gavel pounds down. It’s scheduled to cross the block on Saturday, August 17—so register to bid now if you need this bike.