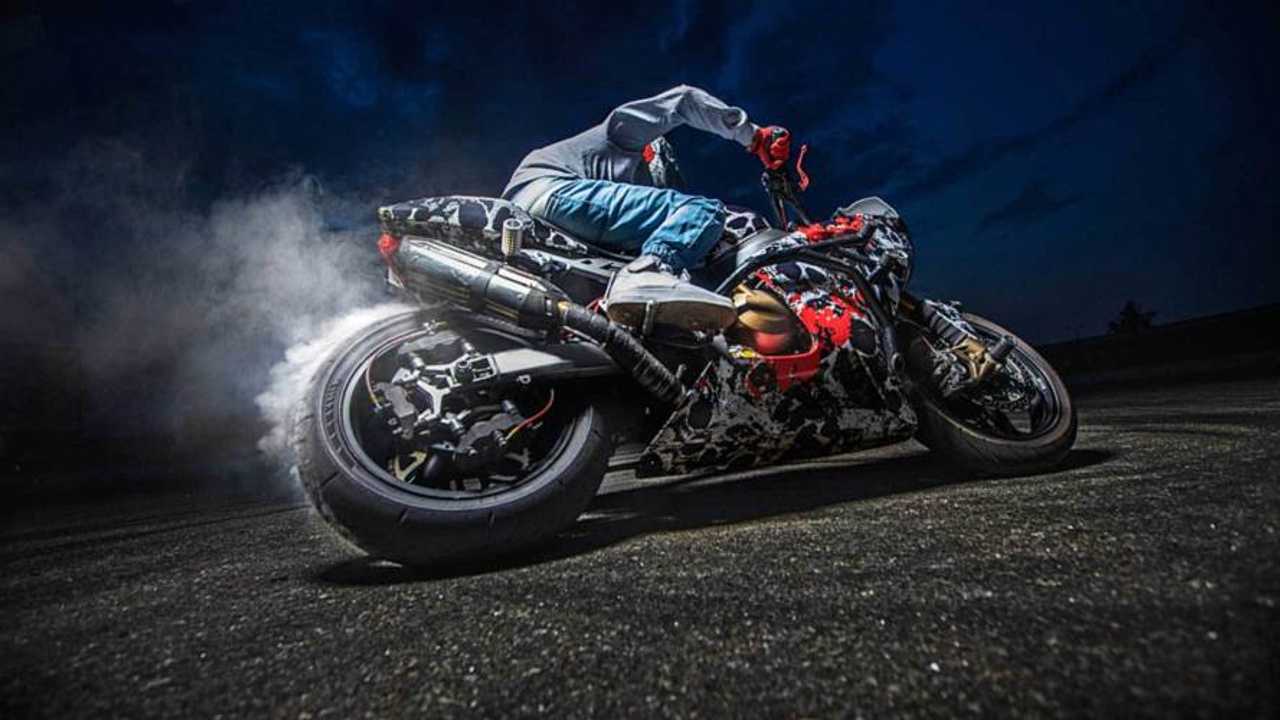 Urban dirt bikes, stunting on the street, mobbing up on highways. All dumb and dangerous, right? Yeah, but there's more to it and I'm trying to understand.

Love it or hate it, urban dirt biking and public stunting is growing and we need to have a constructive discussion about it

So, apparently I'm the Senior Stunting Correspondent now. I'm not entirely sure how I got this title which, among my many titles here at RideApart—Senior Yamaha Correspondent, Senior Ural Correspondent, Senior Get The Hell Off My Lawn Correspondent, etc.—is primarily honorary, but here we are. Maybe it's that story I wrote about the Wheelie Queen of Baltimore a few months back, or maybe it's my well-known problem with authority and my appreciation for various sorts of tricksters and scofflaws. Maybe it's my ability to look at a complex situation, see shades of gray, and consider issues in a broader context. Who knows? Whatever the reason, Kanishka is always sending me videos of yahoos doing dangerous stuff on motorbikes in traffic with a breathless, "What do you think?" and I'm like, honestly, I don't know what I think anymore.

I bring this up because the other day Kanishka sent me another video of another stunter and was like, "See this? Write me a story about this". Huh, okay. An open request, but I'm up for it. Then I watched the video and, well, here. Let's all watch this video first.

Right? My dude here goes by the handle MiamiSkeet and is, as the name suggests, out of Florida. Also, as you can see, he's an amazing rider. I can't do that. I wouldn't do that, not in a million years, but man that guy can ride. That kind of control, that oneness with his bike and the sheer balls on him to ride like that is breathtaking. It's also, obviously, dumb as hell. For all my admiration I'm also over here like, "Come on, man. You're gonna kill somebody with this crap, and it's probably gonna be you." He clearly doesn't care, though. Why should he? He's free, he has a bike, and he's scaring the hell out of the squares—all things that, for better or worse, I can appreciate.

I don't understand the urban dirt bike phenomena, mobbing up, or stunting like MiamiSkeet there. Like, not at all. Thing is, that's fine. It's not for me to understand. I live a life completely different than the people normally involved in those scenes. We're separated by lived experience and a cultural rift so wide that not even Evel Knievel would try to jump it. I think it's real dumb, yeah, but I think a lot of things are real dumb. Some of them are probably things you passionately love, so whatever. The reasons they ride and the ways in which they choose to do so are so far removed from mine that they may as well be from another planet. They're riding, though. They love bikes and they're riding and pushing themselves and their machines to the limit and man, I can't argue with that. Do I wish they'd take that shit to the track? Absolutely. Why don't they? Who knows? Lots of reasons probably, a bunch of which I couldn't even begin to imagine.

Know what we do have in common, though? Bikes. Bikes and a love of bikes and riding. MiamiSkeet is younger than me, blacker than me, tougher than me, braver than me, and hails from a state that I swore years ago I'd never step foot in again. We don't know anything about one another nor can we imagine truly how the other one lives. Put me in a room with him though, and I bet I could talk bikes and riding with him for hours. Just like how I don't speak Japanese but I bet I could sit in a bar and drink and talk bikes with Bosozoku riders—another scofflaw motorbike scene I appreciate—until sunup. It's easy to form a bond with another rider over bikes, which are visceral and dangerous things that draw visceral and extreme personalities together.

All Hail the Queen.

So, do we really need the MiamiSkeets and Wheelie Queens of the world in motorcycling? I'd say so, yeah. Here's the thing: they're riding. They're passionate about riding, so much so that it's as natural and important to them as breathing. Maybe more so. We need people like that in this hobby of ours, passionate people who love bikes and for whom "Live to Ride" is more than a slogan on a bumper sticker slapped on a minivan. We're aging out, you and I. I'm 42 years old, and a lot of places I go to talk to other riders I'm the youngest guy there. Hell, I went to Mid-Ohio this year for Vintage Motorcycle Days and it looked like Death's waiting room there everyone was so old. Motorcycling is stale, it's become mainstream, It's sold out as the kids (and, frankly, I) say. We need an infusion of fresh blood, and to get it we're going to have to look outside of our bubble and embrace people and riding styles we may not be particularly comfortable with.

So, yeah. I'm conflicted. On the one hand I honestly can't stand stunting. It's dumb and dangerous and a million things could go wrong at any moment with gruesome results for both the rider and anyone in the vicinity. I don't condone that kind of behavior and, I'll be honest, if MiamiSkeet rolled past me in traffic like that I'd probably yell at him through the window. On the other hand I'm amazed by their skill and their passion for riding and I want to ask them all about why and how they ride. Also, I'd like to find them a more constructive way to ride.

Now that's a man who's proud of his abilities.

These riders, these kids on their fast dirt bikes, they're the future of motorcycling. Part of it, anyway. They'll be the ones buying bikes when you and I are gone, and we need to pay attention to what they want, and need, in the hobby. Sure, some of them are probably hooligans who just want to watch the world burn. Some people you just can't reach. Others though? You can reach them. I'd say the majority of them. All they want to do is ride. We—as an industry, as a hobby, as individual riders—need to provide an open and welcoming environment to others. Give them something to ride and a reason (and a place) to ride it. We need to reach out to people who don't look or act or ride like us and welcome them into the fold. As riders we have a lot of enemies already—distracted drivers, overly-aggressive cops, clueless legislators—let's not make enemies of one another, eh?