Some motorcycles make us wonder whether the manufacturers were drunk when the came up with the designs. Here are some of the worst bikes from the 90s-2000s.

We often look at the wonders of the motorcycle universe; we rarely look at the missed hits

(Hello friends! We've given this awesome piece from our archives a little love and gave it a 2018 facelift. We hope you enjoy rediscovering it. - SG)

At RideApart, we like to look back at the milestones that have shaped the history of motorcycles, from innovations to significant model introductions to racing successes. Sometimes, however, we have to acknowledge the odd disaster that somehow escaped the drawing board and made it to production. Here's a look at some of the bikes that really should have stayed an idea and nothing more. 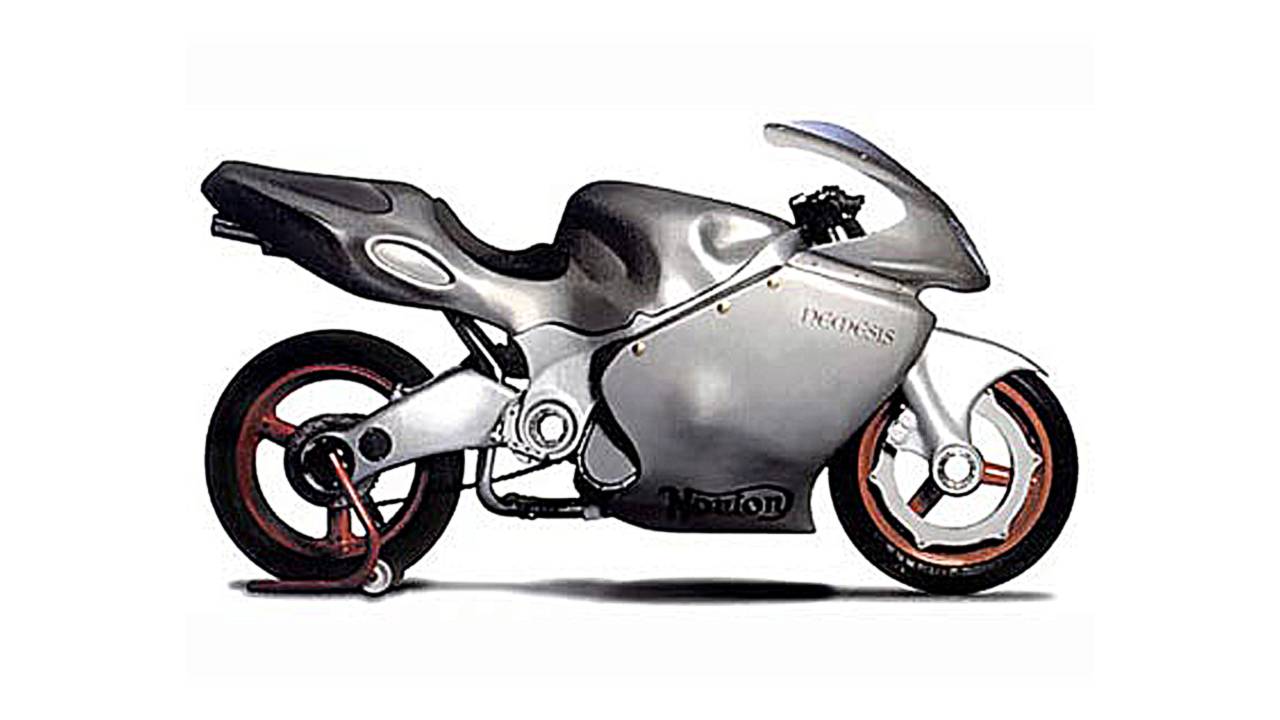 By 2018 standards, the Norton could make sense, but the pill was hard to swallow in the 90s.

At an international press launch held in London that year, Norton pulled the wraps off a motorcycle called the Nemesis. It was the work of legendary British designer Al Melling. At this point, it would be kind to say the Nemesis looked, err… somewhat unusual.

It was even harder for the assembled media to accept Norton’s performance claims. They told the motorcycle journalists that the 1,497 cc V8 developed 235 bhp and the bike had a top speed of 225 mph. There was also a push button semi-automatic gearbox and rim-mounted brakes. “Unconventional,” would be the best way to describe the Norton Nemesis. As it turned out, it never made it to production. There was a legal issue over the use of the Norton name and Melling left the company to build the bike as the “Melling Nemesis.” We’ve never seen one but we were told that eight were sold, maybe more, at $75,000 each. 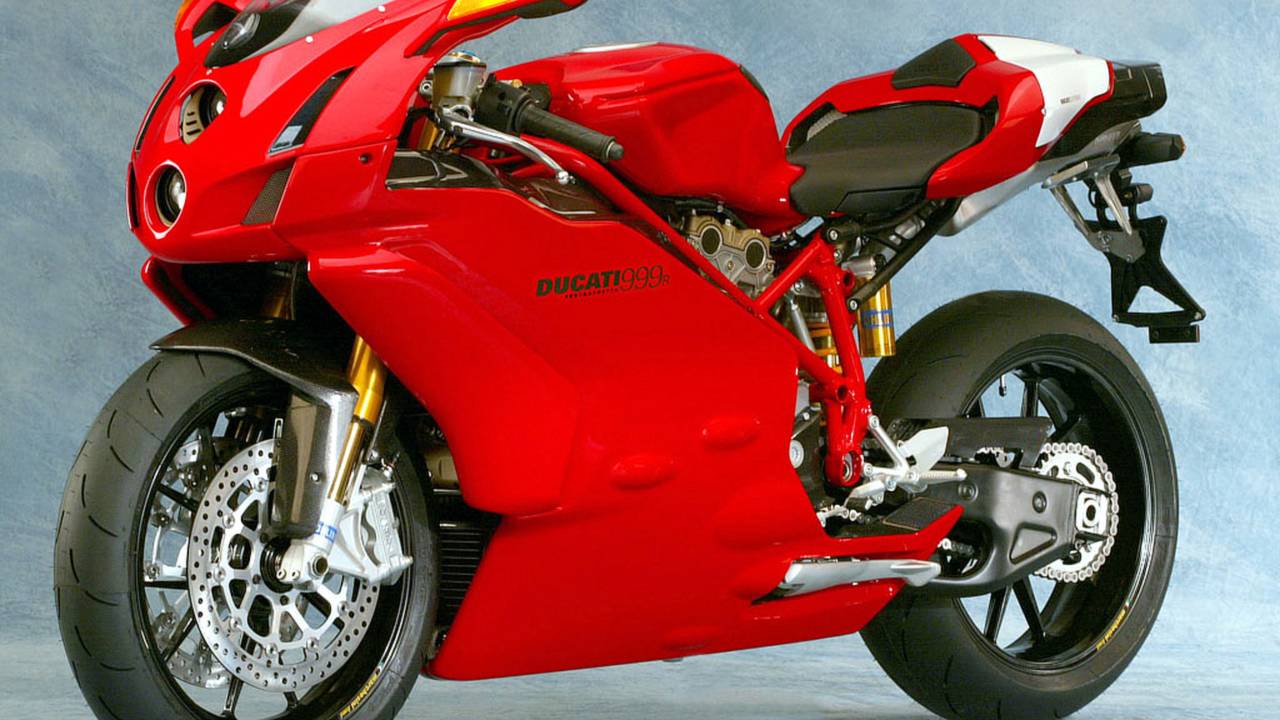 The Italians are always praised for getting styling right and making beautiful motorcycles and cars. But once in a while, they screw up and, when they do, they do it big time. Ducati had a fantastic run with the 916. It was a great performing bike and looked fabulous. Its replacement was due in the fall of 2002 and the motorcycle world held its collective breath waiting to see the Ducati 999 for the first time.

MAYBE DUCATI SHOULD HAVE MADE THIS INSTEAD: Riding on Four: the Ducati Car

When it arrived, it wasn’t what Ducat’s customers were expecting at all. Very futuristic looking and just a bit too radical. The 999 was even described by some hard-nosed critics as being plain ugly. Ducati tried a few tweaks to make the 999 look better to no avail and, for the first year of production, existing 998 models outsold the then newly-launched 999.

Just five years later, the 999 was replaced by the Ducati 1098, which had a more conventional design and looked a lot more like an evolution of the 916. That decision probably saved Ducati, as dropping the 999 and launching the 1098 helped turn the company around. 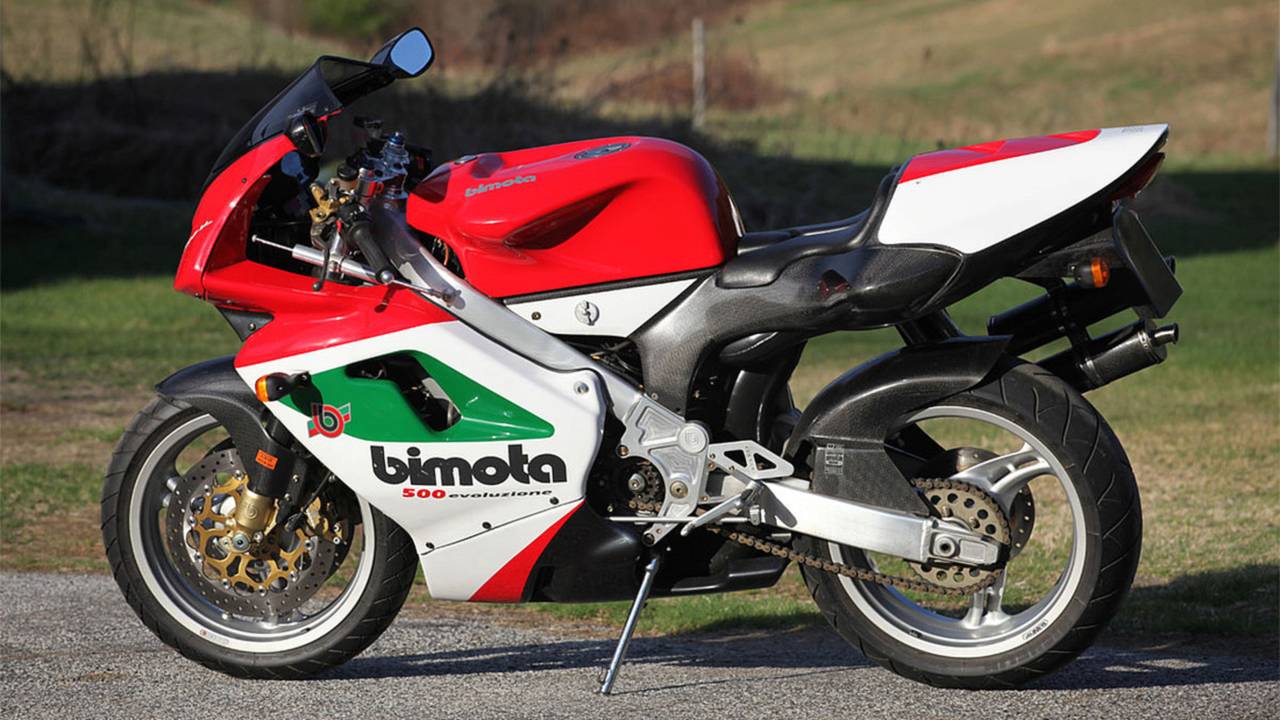 She has the looks, but definitely not the walk.

Ducati wasn’t the only Italian manufacturer to miss the target with a bike in the 90s. Do you remember the Bimota V-Due 500 introduced in 1997? Chances are that you don’t; no sooner had it been launched that it was recalled. Only 300 were ever produced and it was pitched as the nearest thing you could buy at the time to a Grand Prix bike.

The problem was that it didn’t work. It looked terrific but had an awfully narrow power band thanks to a badly designed fuel-injection system and suffered from poor reliability combined with questionable build quality. It was also very expensive, with a price tag of over $20,000 (in 1990s money). In the end, Bimota had no option and was forced to take back every single V-Due and offer owners a replacement SB6R. Some owners refused the replacement bike and simply asked for their money back. Ouch!

THINK THE 999'S IN THERE?: Ducati Museum Features The Desmo Twins of Young Hailwood

The V-Due was launched to get Bimota back on the rails, but as it turned out, it sounded the death knell of the company. Bimota went bust (again) in 1999.

The motorcycle world has its fair share of disasters. This trio is just some of the models that made history for all the wrong reasons. Do you have any memories of particularly bad motorcycles?