This week we look at the origins of the motorcycle frame and some of the developments it has undergone in more than 100 years.

Each week RideApart looks back at key milestones in motorcycle history from technical innovations to significant model introductions to racing successes and, of course, some of the disastrous things we’d rather forget. This week we look at the origins of the motorcycle frame and some of the developments it has undergone in more than 100 years.

It’s a fact that in the early 1900s, motorcycle manufacturers were in effect nothing more than bicycle makers who found a way to strap an engine to a bicycle frame. This was a bit of a hit and miss affair, as riders ran the risk of the engine often shaking itself loose and falling out of the frame on the move. However, providing you didn’t go faster than 20 mph, which was probably very unlikely as most engines at that time (both cars and bikes) were not that powerful or that fast, you were for all intents and purposes riding the first motorized bicycle that we know today as the motorcycle.

The bicycle frame design that was used back then is more or less the same set up we have today on bicycles with tubes connected to three critical points – the head stock where the steering is mounted, a crank bearing case where the pedals are located and a tube carrying the saddle.

To make a bicycle into a motorcycle, many of the early manufacturers simply bolted or clipped an engine onto the frame. There was no clutch or gearbox and the rider continued to use the existing bicycle pedals to both start and add additional momentum once they were on the move.

Despite the fact you now had an engine mounted on your bicycle frame, the brakes remained the same too and were notorious for being next to useless even on a conventional bicycle let alone on a bicycle fitted with a motor.

As engines became more powerful, motorcycle manufacturers began to see some limitations to using a conventional bicycle frame. Most notable was the fact that the tubes at the critical weld points suffered stress cracks causing the frames to break and collapse if the engines didn’t fall out. 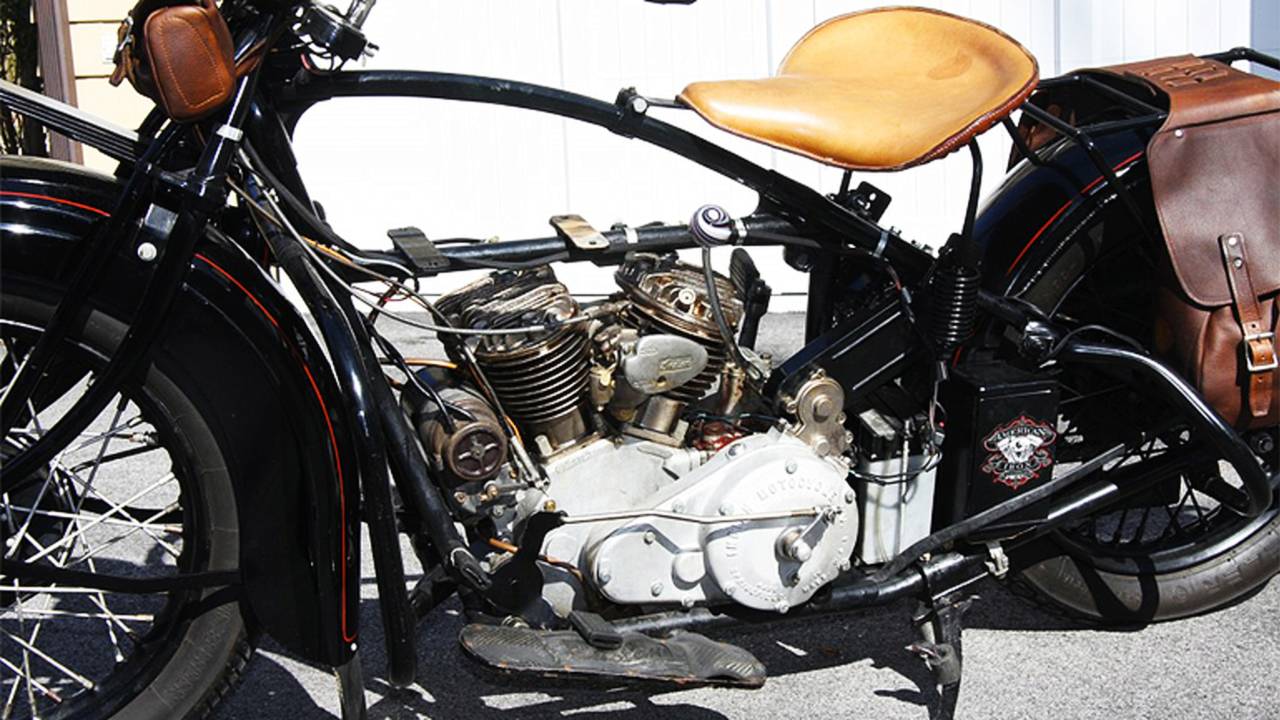 Prior to the First World War, motorcycle development and engineering moved at a rapid pace and manufacturers started to use purpose built frames that could handle bigger capacity, more powerful engines.

The sole purpose of a motorcycle frame is to act as base, which all of the components (gas tank, engine, suspension, handlebars etc) can be bolted to. Usually the engine sits inside the frame, the swingarm is attached using a pivot bolt (allowing the suspension to move) and the front forks are attached to the front of the frame via the steering head. 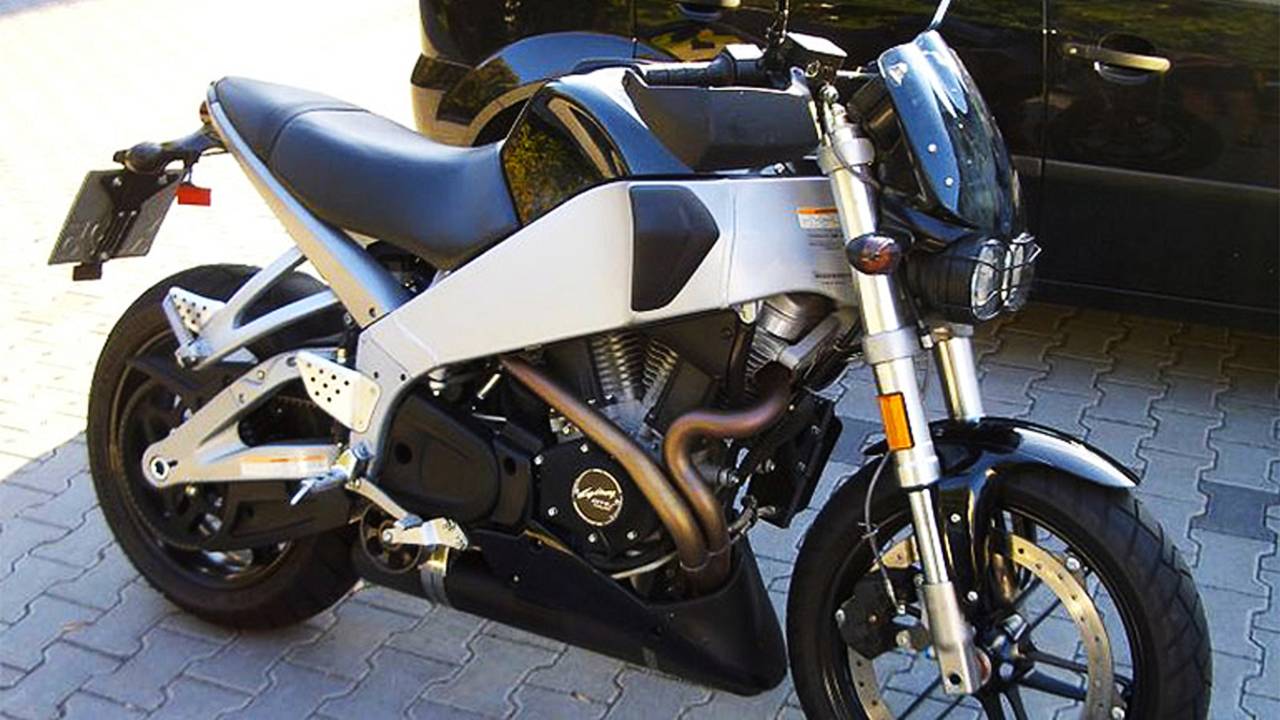 As always there are exceptions to the rule – Buell for example used the frame on its XB12S Lighting as a fuel tank, but in general the following are the types of frame you can expect to find on most motorcycles.

The most conventional and widely used set up, which was used very early on in motorcycles and is still found on bikes today, is the cradle frame. Effectively it’s a loop design, either with single or double tubes, which fixed to the steering head and wraps in, or loops, both the engine and gearbox. If a cradle frame on a motorcycle doubles at the exhaust it is sometimes referred to as a split single cradle frame.

A double loop frame is known as a duplex cradle and is derived from a single cradle frame and is often found on custom bikes as well as regular road bikes as it offers a good compromise between rigidity, strength and lightness. 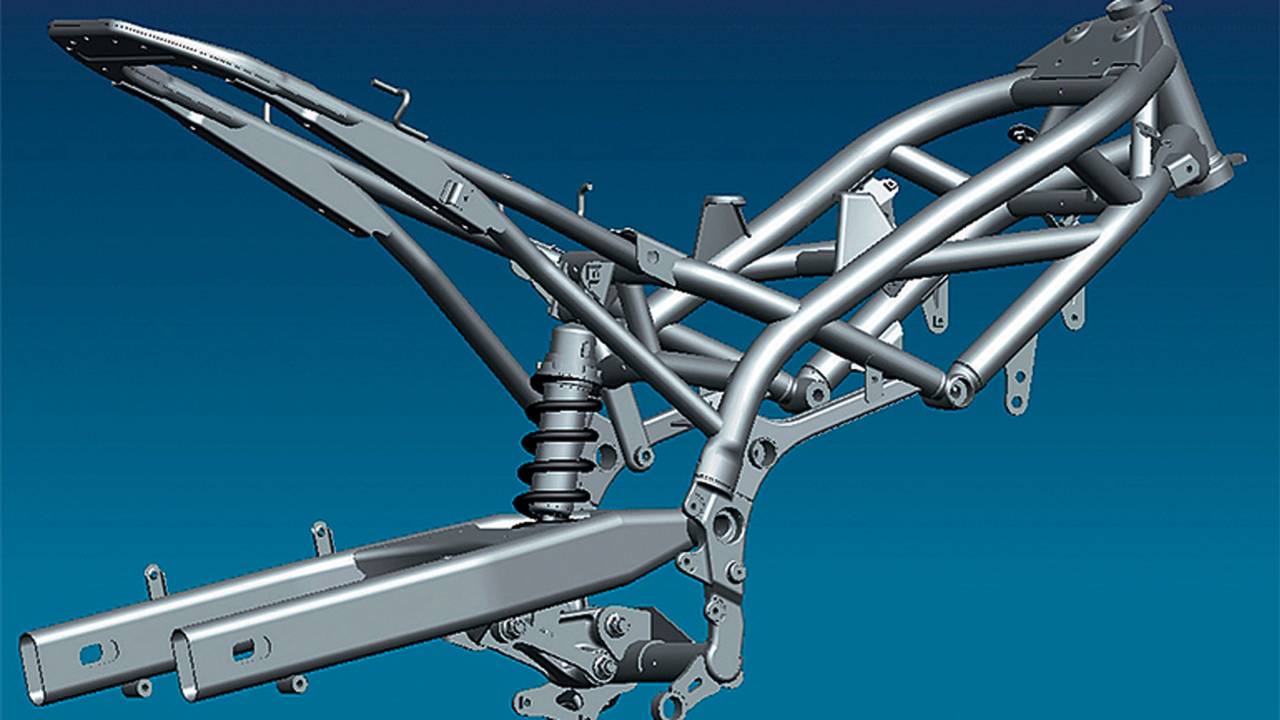 However, in recent years the perimeter frame has started to surpass the cradle, as it is both stronger and lighter. Derived from racing motorcycles, where a rigid set up is required, the swing head and the rear swingarm are joined in the shortest way possible.

Essentially this done by using two beams that descend from the steering head in the most direct way possible to the swingarm, passing around the engine. Early perimeter frames were made from steel, but in order to improve rigidity to weight ratios it led to most manufacturers adopting aluminum perimeter frames.

Since the 1920s, manufacturers have also used what is called a triangulated frame or trellis frame. Also derived from racing and used on many European motorcycles, the trellis is easy to manufacture, offers exceptional strength and uses the same principles as the perimeter frame as it directly connects the steering head and the rear swingarm. But the frame is made up of a large number of short steel or aluminum tubes welded together to form a trellis.

There is also the underrated backbone frame. This typically utilizes a large diameter top tube, which runs under a motorcycle’s gas tank, and which in some cases have also doubled up as an oil tank on some bikes. This top tube is the dominant load carrying part of the frame, fabricated from heavy gauge steel, but with thin tubing walls to keep the bike’s overall weight down.

Some motorcycles have and continue to utilize the engine and in some cases the gearbox as well, as a stressed member of a motorcycle frame. Typically the steering head is mounted to the upper section of a bike’s engine, while a secondary frame carrying the rider and rear suspension is bolted to the rear. 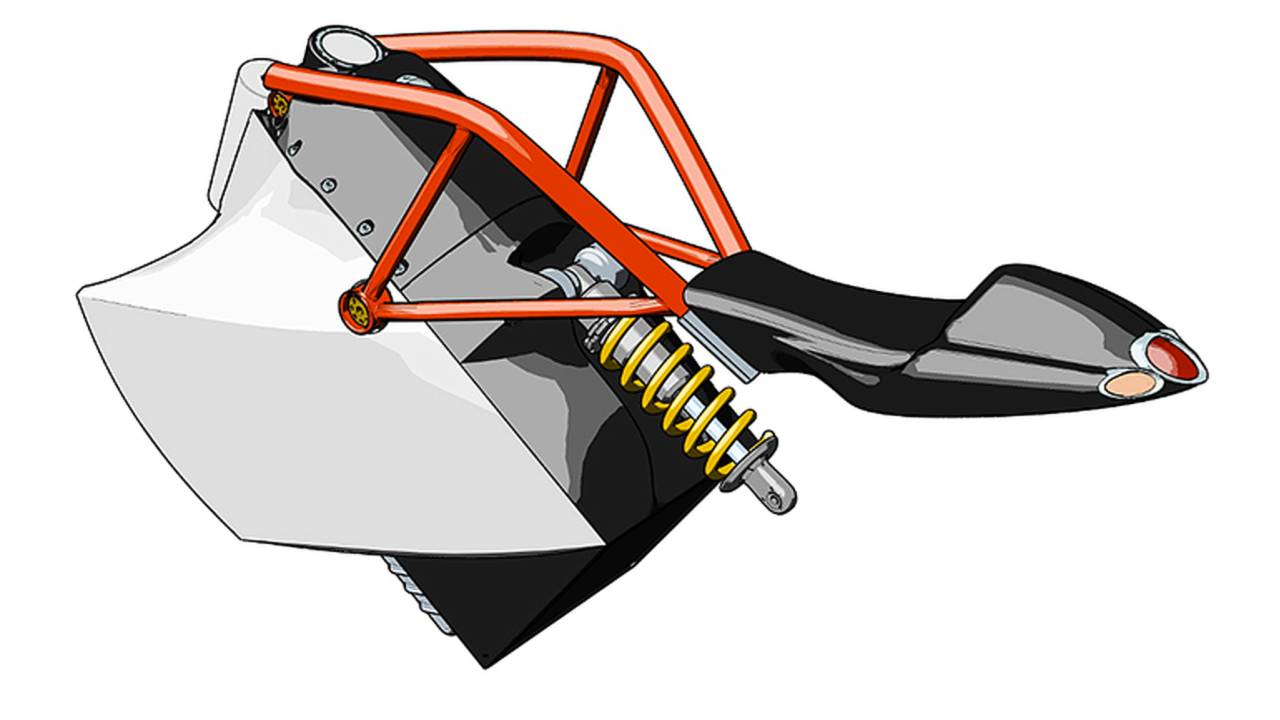 Finally there is the monocoque frame – monocoque is a French word that means single shell. On a car or motorcycle, there is normally a frame or chassis that is covered in body panels. With a monocoque the external skin of the vehicle supports most of the load.

On bikes it’s almost exclusively used on racing motorcycles rather than street bikes. A motorcycle monocoque is a single piece unit that incorporates the seat mounting, tank and tail section of the bike. It’s immensely strong and very rigid but expensive to mass-produce.

What motorcycle frames have you experienced and which set-up do you prefer?