Here's Your Chance To Buy A 1972 Kawasaki H2 "Widowmaker" 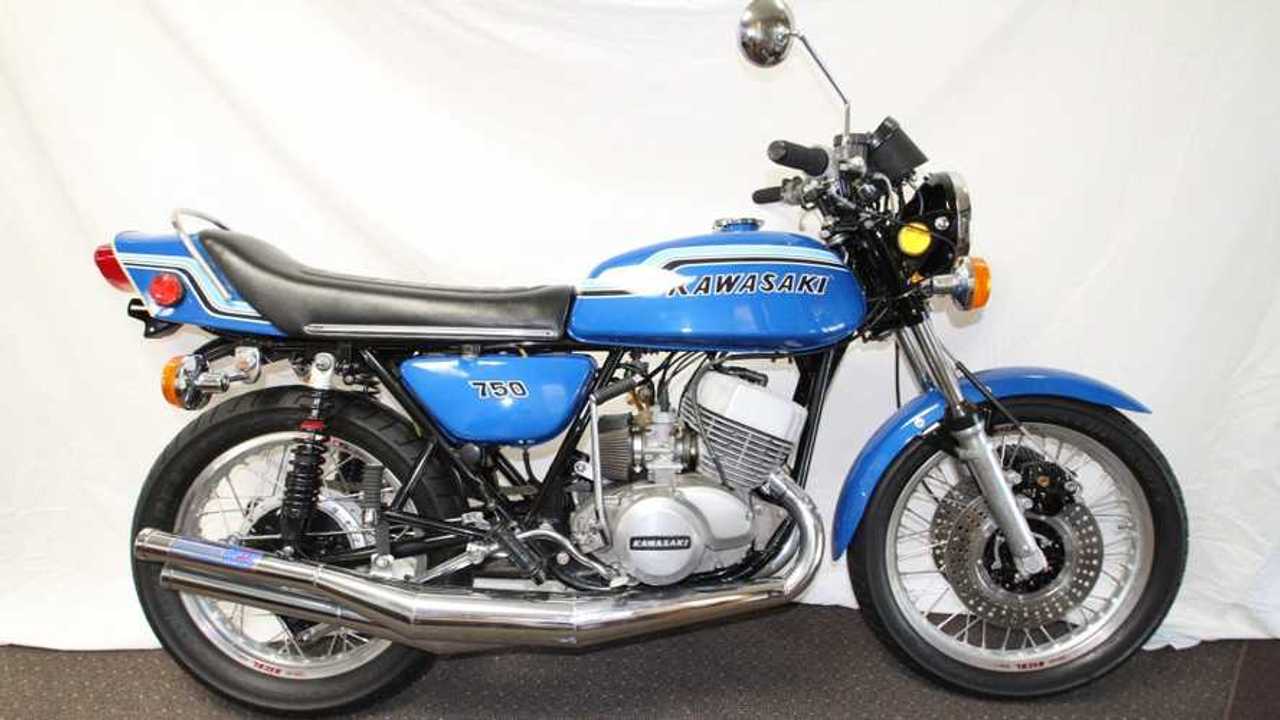 The original H2, Kawasaki’s flagship early-70s two-smoker, is regarded as one of the most exciting motorcycles ever made. Known colloquially as the Widowmaker, the H2 was notoriously difficult to ride thanks to an engine so powerful it was barely contained by the crude frame and suspension technology of the day. The H2’s reputation as a man killer keeps many buyers away even today, but if you’re curious what the fuss was all about, there’s a 1972 Kawasaki H2 Mach IV currently up for grabs at Bring a Trailer.

The H2 has a complicated reputation thanks to its two most prominent characteristics—mad power and bad handling. It’s not that riders couldn’t handle the Kawi’s 72 horsepower. That was a lot of grunt in 1972, but it was manageable. The problem was the peaky power delivery from the bike’s air-cooled, two-stroke triple. Older two-strokes are well-known for their on/off output; when the rpms hit the right section of the rev range, the power hits all at once. This could catch a rider unaware, especially if they made a bad downshift and the bike unexpectedly went from mild to wild.

Some riders were OK with that, though. If you mastered the two-stroke powerband, the H2 was a beast that could blow away most of the contemporary competition, at least in a straight line. The other, less manageable problem was the H2’s crap handling. None of the big-bore Japanese bikes handled well in the early 1970s, but the Kawasaki H2 had a worse reputation than most. Talk to vintage roadracers who ran the H2, and they’ll all tell you it just didn’t corner well.

Don’t believe all the hype? You can find out for yourself, if you win this auction on Bring a Trailer. This ‘72 edition is in good shape overall, and there’s a video of the engine running. It’s not perfect; the seller points out there’s rust in the gas tank, and some of the decals are a bit off. No doubt this almost-50-year-old machine has had a misadventure or two. The odometer shows about 1,000 miles, pretty low—but the bike also has pod air filters, Bill Wirges expansion chambers, Kawasaki dual front disc brakes, heavy-duty rear shocks, and Excel wire-spoke alloy wheels. Someone, somewhere, built this machine for a serious flogging. Did they abuse it? The only way to know is to buy it, and fire it up!