Zontes Will Release Its First Maxi-Scooter In August 2020 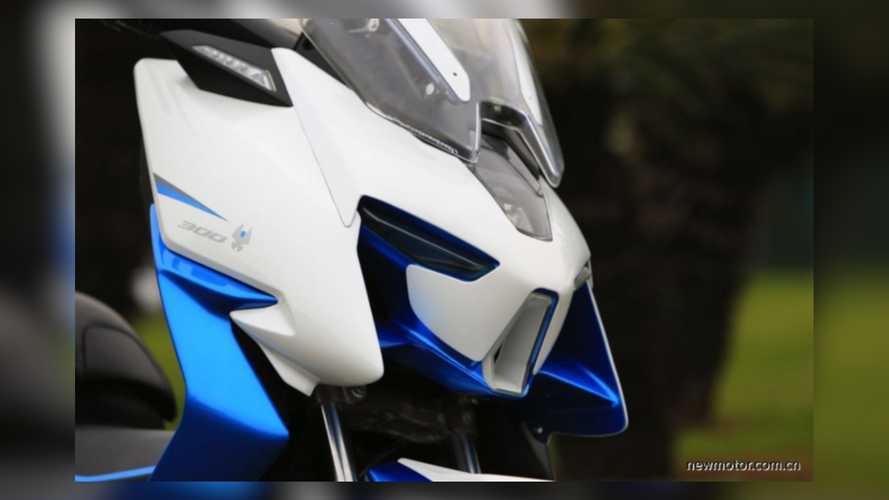 Zontes is a Chinese motorcycle maker primarily known for making small-displacement commuter bikes for various Asian markets. It’s a little surprising, then, that Zontes is only starting to make scooters now. We’ve written about some of its larger-displacement offerings before, such as this rumor from March, 2020, about a possible 800cc triple in development, but big bikes like that are very much Zontes outliers.

With commuters as the company’s core machines, news of the upcoming ZT300T-M scooter is only surprising in that it didn’t come sooner. The company released two photos on Weibo (China’s version of Twitter), along with a handy spec comparison chart from the company that pits it against the Honda Forza 300 and Yamaha XMax 300 scooters.

The ZT300T-M is powered by a 309cc, single-cylinder engine with a claimed 33 horsepower. The company says it weighs 162 kilograms, or 357 pounds. Claimed top speed is 145 kilometers per hour, or 90 mph, and if true, that’s certainly plenty for it to work as a zippy, larger commuter scooter. It’s also equipped with standard ABS, a TFT dash, and LED lights. Since it’s a maxi-scooter, that hopefully means it has ample storage space on board as well, which is one important reason you’d consider this over a smaller version.

Speaking of which, Zontes also shows the profile of the front end of a 125cc version of the ZT300T-M, which we’d guess might be called a ZT125T-M. It didn’t release an official naming convention for the smaller scoot, nor any official specs.

As for its looks, the blue and white color scheme coupled with the front-end styling have led to a classic moto ink-blot test. Some said they saw kaiju; I, on the other hand, see a clear Gundam influence with a soupçon of surprised Pikachu. Take a look and see what strong pop cultural influences you see!

The ZT300T-M is scheduled to go on sale in August 2020 according to the Weibo announcement, starting at a price of around 30,000 yuan, or US $4,244. It’s reasonable to expect that this maxi scoot will find its way to Zontes dealers elsewhere in the world, particularly across Asia and other markets where scooters are more popular than they are in the U.S. However, no official release information about this scoot in those other markets is available at this time.