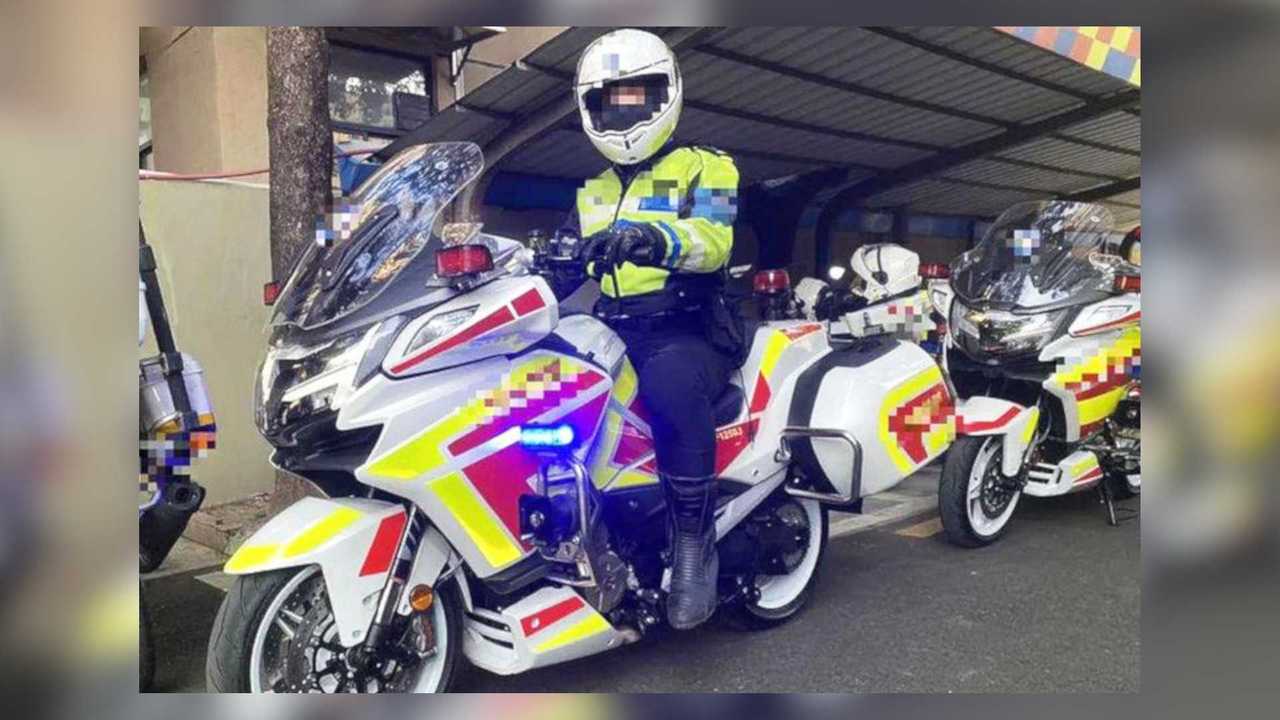 KTM’s partnership with CFMoto goes back several years, and we’ve already seen plenty of  KTM-branded bikes the two companies have built together. If your first thought is the 390s, you’re correct, but those aren’t the half of it. The 799cc engine found in the 790 Duke, for example, comes straight from CFMoto’s Hangzhou factory. We’re not here to talk about CFMoto and KTM middleweight development today, however, although the future looks pretty adventurous on that front.

As we mentioned in August 2019, KTM sold CFMoto the rights to its LC8 engine. CFMoto has since been hard at work retooling the LC8, bending it to its will. What, exactly, is the company’s will, you ask? After all, China, like much of Asia, is widely known for its love of much smaller-displacement bikes. While that may be true of most everyday riders, it turns out that police who ride love themselves a big, powerful touring bike, no matter their geography. Enter the CFMoto CF1250J police special.

After CFMoto took its engineers deep inside the LC8 to see what kind of modifications they could engineer, the result is a 1279cc V-twin that makes a claimed 140 horsepower at 8,500 rpm and 120 newton-meters (or 88.5 ft.-lbs) of torque at 7,000 rpm. When fully police-equipped, it weighs 297 kilograms, or about 655 pounds. A civilian version codenamed CF1250G is in the works, according to Bennetts, but there’s been no formal announcement by CFMoto about a release date.

Other features include USD front forks, a large 12.3-inch TFT display, LED lighting (including emergency lights), hard luggage, and of course a gigantic electronically-adjustable windscreen. Incidentally, the CF1250J was designed by Kiska, which has also worked with KTM for three decades. Interestingly, that same CFMoto-reworked LC8 engine also made it into the V.02NK police concept car unveiled in 2017. It’s unclear if that vehicle will ever make it into production, but at least two CF1250Js are already being ridden by Chinese police forces.