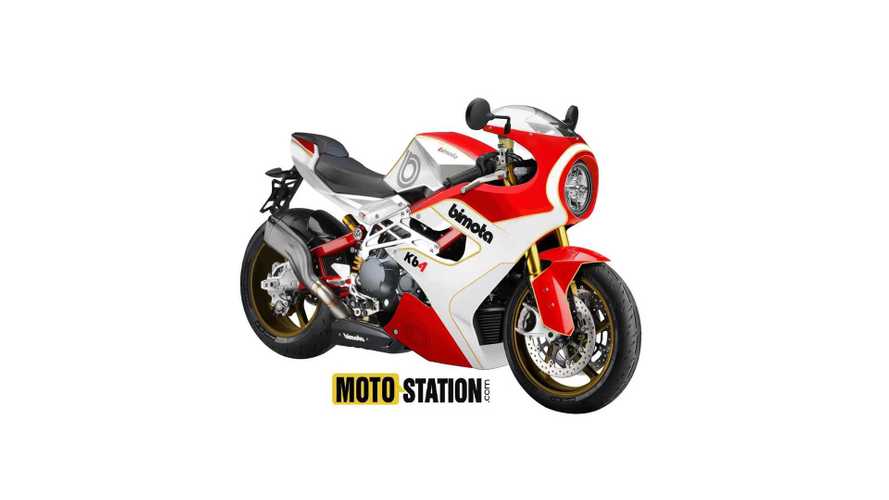 Do you want Italian design flair with Japanese mechanical engineering?

The Kawasaki-Bimota team-up is one of the most exciting things happening in the motorcycle industry these days. Now, we’ve got a new sketch that shows a potential design for a retro superbike that could result take Bimota in a bold new direction.

Bimota was responsible for some of the most interesting motorcycle designs to come out of Europe over the past few decades, but the company was also plagued by several long-standing problems. Because Bimota often uses engines from other OEMs, it’s had severe supply line problems on occasion as manufacturers dragged their feet fulfilling contracts. It also had a high-profile quality control meltdown back in the late ‘90s with the V Due, which resulted in the bike’s entire run being recalled over engine problems. That was a costly mistake for Bimota, and the company also lost money in race programs.

The company’s mistakes and missteps resulted in a decade of financial woes. Bimota was pretty quiet for the past couple of years, until the EICMA show in November 2019, when Kawasaki announced it had bought 49 per cent of the company. That solved two of Bimota’s biggest problems. Now, it has bigger pockets backing the company, and a consistent source of engines and other mechanical bits and know-how.

Bimota was showing off a Tesi H2 at EICMA, combining Kawasaki’s muscular supercharged inline four engine with Bimota’s weird hub-steering chassis. However, we’re supposed to see other bold designs in the near future; for a few weeks now, the moto-press has been buzzing about a retro design from Bimota, called the KB4. That’s the inspiration behind the rendering seen above.

The idea is, Bimota will build a retro-styled superbike powered by Kawasaki’s Ninja 1000 four-cylinder engine. It’s a different direction for Bimota, a company known for cutting-edge designs—but it also makes sense. Even if the KB4 has vintage ‘70s looks, it can build a proper chassis, and you know the engine will be solid. An Italian-designed machine with Kawasaki reliability? It’s a crazy idea, but it just might work.