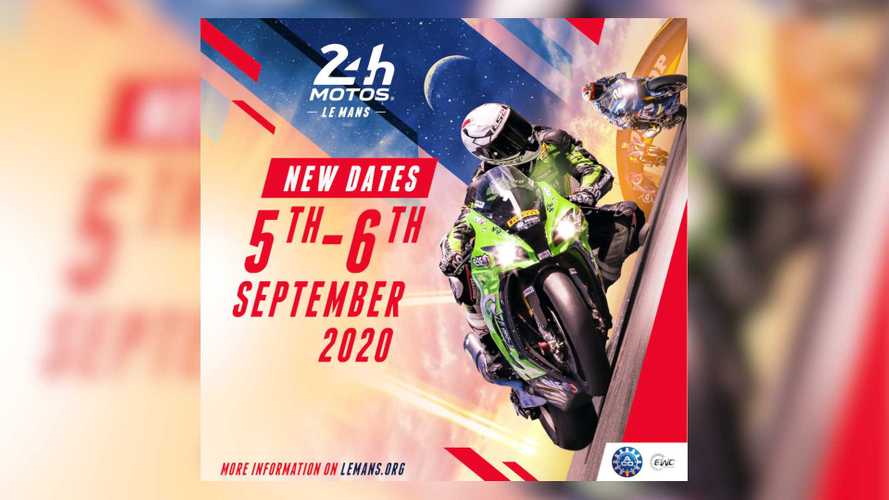 As we’ve been seeing for some time now, international motorsport continues to be affected by coronavirus concerns. The FIM Endurance World Championship announced that the 24 Heurs Motos, previously scheduled for April 18 and 19 2020, will now be postponed until September of 2020.

The annual motorcycle endurance event takes place at one of the most hallowed of all international racing facilities, Le Mans. France currently has a ban in place on gatherings of 1,000 people or more. Therefore, the FIM, Eurosport Events, and the Automobile Club de l’Ouest have jointly decided to postpone the 24 Heures Motos until the weekend of September 5 and 6, 2020.

This change to the EWC calendar means that Le Mans will provide a dramatic closing race to the 2019-2020 season, rather than occurring right in the middle. As it stands, the first two races of the championship took place in 2019, with the 24 hour Bol d’Or in France on September 21 and 22, 2019 and the 8 Hours of Sepang in Malaysia on December 14, 2019. According to the original calendar, Le Mans was the next EWC race scheduled, to be followed by the 8 Hours of Oschersleben in Germany on June 6, 2020, and the Suzuka 8 Hours in Japan on July 19, 2020, to cap the season.

This also means that the traditional “Pre-Mans” testing originally scheduled for March 31 through April 1 is also canceled. Although it hasn’t been specified yet, presumably testing prior to the event will move to late August or early September, just before the new date of the 24 Heures Motos main event.

So far, both the German and Japanese event dates later in 2020 remain unchanged. The situation is continually evolving, and we’ll keep you updated with the latest information on any further rescheduling as we have it.