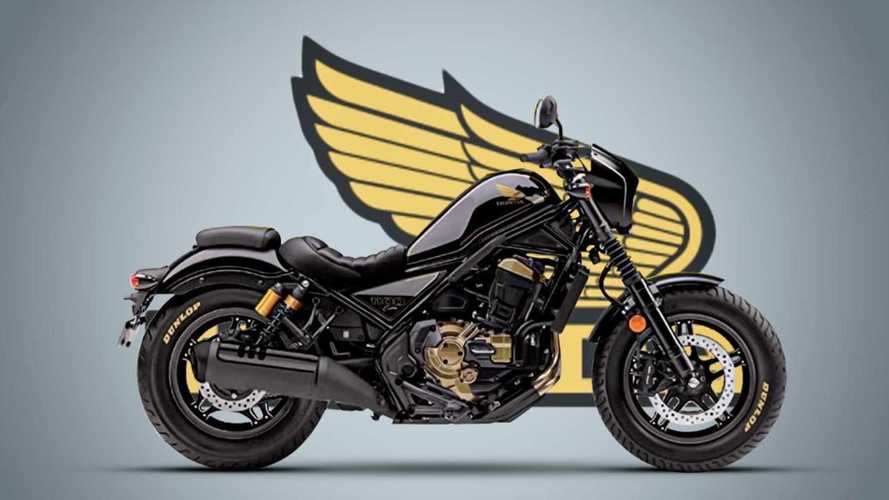 A rebellious soul and an adventurous heart.

The Honda Rebel is known as a beginner’s bike. With a short seat height, low curb weight, and tractable powerplant, it’s no wonder the Rebel’s been teaching newbs the ropes for the past 35 years. The perennial contender makes yearly lists from lightweight road bikes to most affordable motorcycles to best beginner cruisers and looks good doing it. On the other hand, it’s hard not to typecast the Rebel when the little bobber’s displacement ceiling is 500cc. That all could change in the near future if Honda leverages the new 1,084cc engine from the 2020 Africa Twin to create the Rebel 1100.

In the April 2020 edition of the Japanese publication Young Machine, an article addresses rumors concerning the development of a Rebel 1100. While the story is purely speculation at this point, a larger capacity Rebel could certainly shake up the market. With the Sportster and Scout dominating the mid-size cruiser segment, a larger Rebel could provide some healthy competition. We also can’t ignore the fact that the rendering above borrows headlight cowl and black and brass/gold aesthetic found on the Dyna Low Rider S and the Softail Low Rider S.

The Euro5-compliant mill found in the new Africa Twin pumps out 101 horsepower and 77 lb-ft of torque. If Honda were to transplant the parallel-twin from the CRF1100L, it would certainly give Harley-Davidson and Indian a run for their money. Whether Team Red re-tunes the Africa Twin’s thumper for the Rebel is another story, but if the model actually makes it to the production line, we would expect a DCT model alongside the standard MT variant.

While the prospect of more powerful Rebel is intriguing, this isn’t the first rumor of Honda shoehorning its flagship adventure bike’s motor into the Rebel’s trellis frame. The June 2018 edition of Young Machine speculated the possibility of a Rebel 1000 but the engine from the previous generation Africa Twin never made it over to Honda’s cruiser line.

We’ll have to wait for Honda’s announcement of its 2021 lineup before we receive a confirmation on the Rebel 1100. For now, we can only hope that Honda lets the Rebel grow up with us.