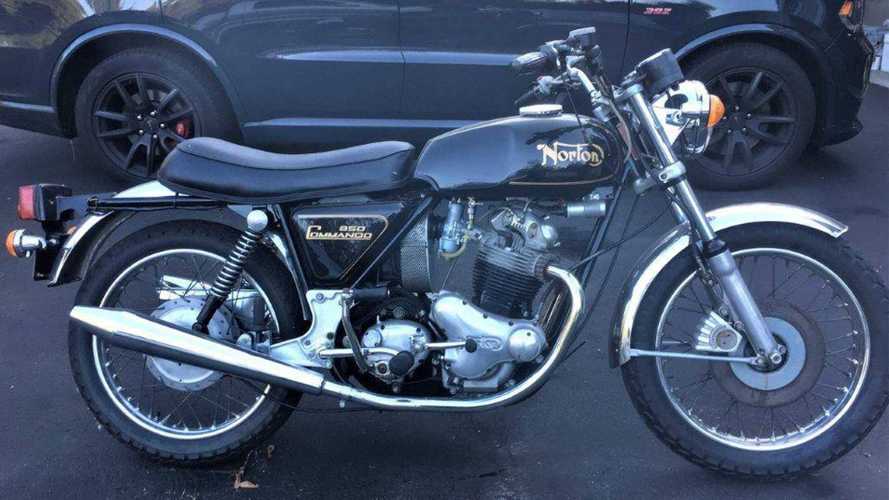 It can be said that motorcycling finds its roots, in large part, in Great Britain. Several iconic marques come to mind, such as Triumph, Vincent, and of course Norton. Responsible for bringing about the ethos of British motorcycling, these machines paved the way to what has now become a global trend loved by hipsters, fashionistas, and enthusiasts the world over.

Nortons In The News:

Because of the conventional layout of post-war British motorcycles—sporting parallel-twin engines usually displacing around 700 to 900 cc—the term British Twin started gaining popularity.  In the early sixties, Triumph started making waves with their Bonneville. Not long after, other British marques rolled out their own iterations of a modern motorcycle. One that truly stood out at the time was the Norton Commando.

The Commando sported an overhead valve parallel twin, initially displacing 745cc from 1967 to 1972. It sported upright ergonomics and timeless style that remains popular to this day. In 1973, Norton updated the Commando and fitted a new 828cc motor with a hemi-type head, similar in design to all Norton engines since the company’s inception in the twenties.

Norton Motorcycles is one of the oldest British motorcycle manufacturers, with a century of history and heritage under its belt. It is rather unfortunate, then, that the company has gone into administration in the UK. In other words, Norton has filed for bankruptcy following constantly declining sales figures, and an inability to settle credit. Should Norton close their doors for good, chances are, the appeal for their motorcycles would grow. After all, Norton did have significant contributions to the history of motorcycling.

Today’s featured listing shows a 1973 Norton 850 Commando Roadster for $9,500. The seller states that the bike has been fully restored to original condition, and includes all spares, as well as a huge Norton banner. Based on the photos posted, the bike appears to be in decent condition. It could definitely use some work on the aesthetics department, but nonetheless, it would prove to be a worthy addition to any classic bike collector’s stable. Check out the original listing here.