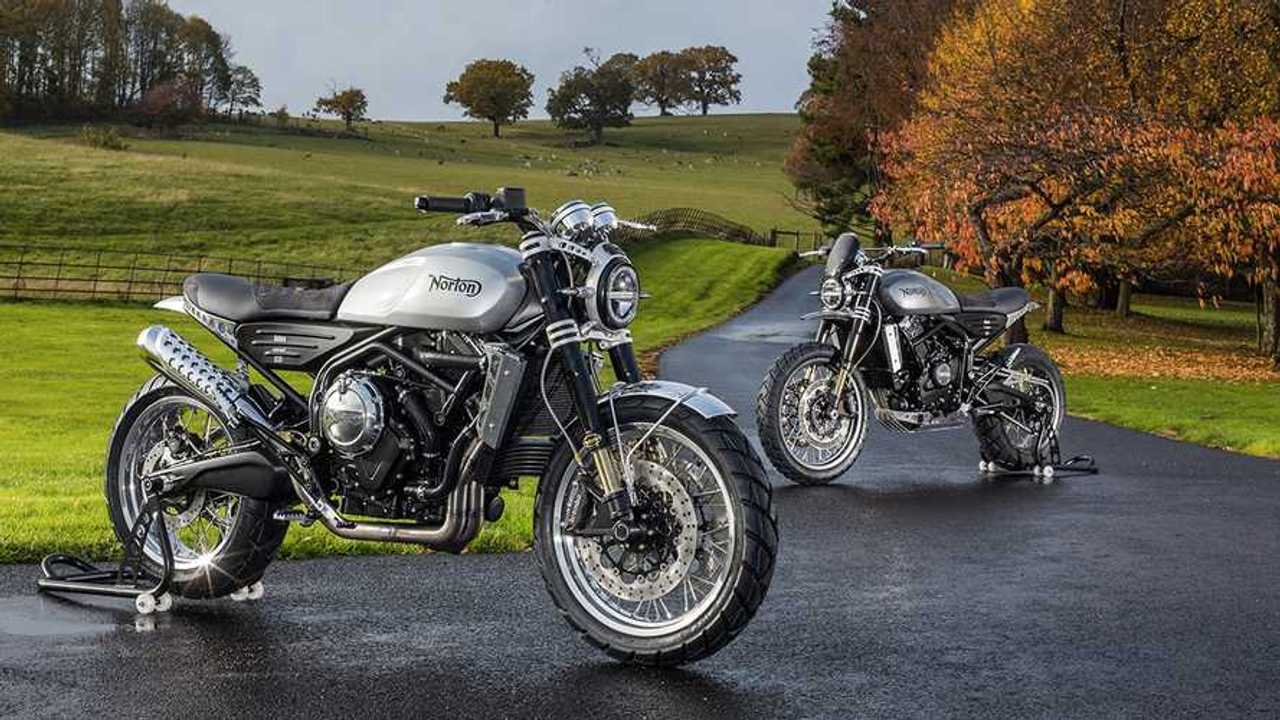 That time Stuart Garner yelled at us.

In case some of you have been living under a rock (or in a basement) for the past few days, let me bring you up to speed about what’s been happening. Norton Motorcycles is in big doo-doo. From seeking investors to dealing with unpaid taxes to filing for bankruptcy to now being accused of fraud: this is what the name Norton has been associated with for the past couple of months. I know they say there’s no such thing as bad publicity but that’s some pretty stinky stuff.

The thing is, Norton's alleged money issues aren’t new. Already back in May 2019, there was a faint echo about Norton being in trouble. The folks over at Visordown reported on it and we followed up on the situation. We were genuinely concerned. Lo and behold, Stuart Garner (Mr. Norton himself) e-mailed us to tell us how wrong we were about his company's alleged financial crisis. So wrong. Super wrong. Mega wrong. Wrong times infinite.

We repented, did our mea culpa, mea maxima culpa (in the words of director Jason), and moved on. I mean, if Norton’s bossman says things are fine, it must be true, right? It turns out it was the kind of right that’s not really right. It’s kind of the terrifying “nothing” you hear after asking “what’s wrong?”.

Only a few months after Garner yelled at us, the company announced it was turning to crowdfunding to find investors to help ramp up production. After all, at the end of 2018, the British firm introduced the Atlas 650 as a token of its intention to increase its output and turn Norton into a more mainstream and accessible brand.

It looks like, despite all the Atlas and V4RR pre-order money it received, the company didn’t have the funding to actually produce the bikes it promised. That was pretty weird, considering all the government funding and loans it received in the previous years. Despite the red flags, some people still believed in the brand. Miraculously, a single investor stepped in and threw more money at Norton. Halleluja, there was hope.

That’s about the time things started getting ugly. First, there was talk of unpaid taxes. Then there was talk of bankruptcy. Now, there is talk of fraud. Stuart Garner and Norton are allegedly involved in a pension investment scam that defrauded U.K. pension holders of hundreds of thousands of dollars.

Companies come and go, particularly in an industry as cutthroat as motorcycle manufacturing. Not everyone gets to succeed and that’s the reality of the game. Garner’s intentions when he bought the brand in 2008 seemed genuine and grounded in nostalgia. History and legend weren’t enough for Norton to thrive and a “simple” bankruptcy record would still have allowed Garner to walk away with his head held up high, with an “At least I tried” kind of pride.

The whole pension scandal chapter, however, gives this whole story a bitter taste and what could have been a respectable end to a respectable brand could now be tainted and spoiled. People are coming forward and speaking up about how they tried to get their investment back and complaining about Garner’s failure to return their money. That’s not to mention all the people who actually bought a new Norton in full and were promised a bike within a month, then two, then three, and who are still waiting to this day.

This all stinks and whether Garner is proven guilty or not, I don’t think this is something the company will escape from unscathed. The saddest part is the sheer number of people who believed in what Garner was trying to accomplish with Norton. Even we were rooting for the company. Now, we just feel like kicking Garner in the shin. How are things now, Stu? Still fine?