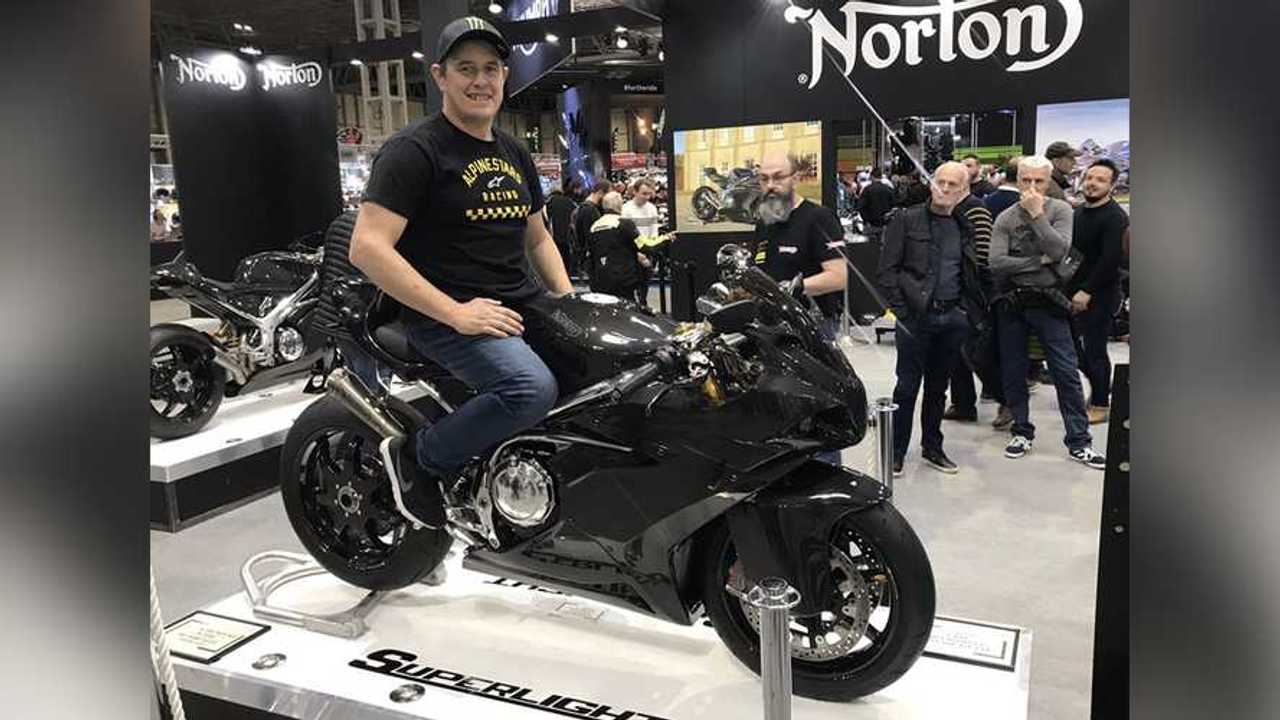 The rumors of Norton's demise are greatly exaggerated.

WHEW. So, this morning when our colleagues at Visordown reported that Norton was in trouble we were surprised and a little worried. After all, things seemed to be going pretty well. I mean, the company's bonkers V4 was rolling off the assembly line and the first Commando Streets were slated to hit the streets today. How could they be in trouble?

Weeeeeell... turns out they aren't. Someone got their wires crossed and we reported it and, well, we're sorry. In fact, Norton's CEO Stuart Garner emailed us to let us know all is well (Sorry about that, Stuart). So, yeah. Mea culpa, mea culpa, mea maxima culpa. Norton's fine. Disregard. -JM

Norton Motorcycles in their modern incarnation was resurrected and reincorporated in the UK in 2008, and we have all been rooting for them (I mean, they’re beautiful machines), but they seem to be threatened with dissolution.

Listen To The Sweet Sweet Music Of The New Norton Atlas

According to a brief story in VisorDown, unless they fix whatever problems they're having, Norton as a corporation will be dissolved two months from the 5th of March.

This notice comes from the UK’s Companies House, a national registry of companies and corporations. This is totally unlike the setup in the United States, where a company will incorporate in and according to the laws of the state in which they are headquartered. Companies House is the UK’s national registrar of companies, and falls under the umbrella of the UK’s Department for Business, Energy and Industrial Strategy (BEIS). It handles all regulation and incorporation of limited liability partnerships and limited companies in the UK.

Companies House issued the warning to Norton that they will be dissolved.

As VisorDown points out, this could be as simple as a clerical error, but a little more digging nets me a financial review of Norton Motorcycles UK Limited, which states that as of December 31, 2018, their accounts were 67 days overdue.

Modern Nortons don’t look much like they used to. Their long history combined with the riding population’s extreme affection for the marque will make this story a real heartbreaker if this is indeed true and not just an error.

The Norton website is still up, and they seem to still be offering five base models with a few variations, including the long-beloved Commando. These days that bike is a 961cc parallel twin that puts out nearly 80hp. Pictures of the bike are plentiful and lustworthy, but prices are difficult to find. There are only four dealers listed in the United States. Perhaps one of our loyal readers who lives near one of them (Austin, TX; Villa Park, IL; Redmond, WA; Westminster, CA) can drop in and ask what the deal is? We’re dying here.