For years, Norton has been slowly filling orders for their retro parallel twin Commando and its variations, but they always had bigger plans. It was only in 2016 that the first rumors of a modern Norton superbike were heard, and not long after they showed up to race at the Isle of Man TT. Now, finally, we have word that the first street-legal versions of these bikes are now rolling out the factory doors and on their way to customers. 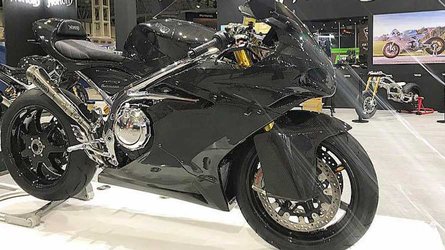 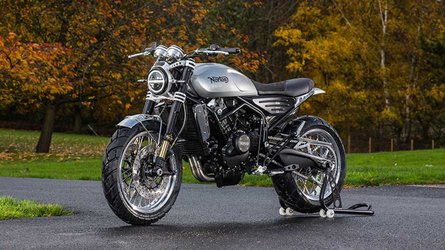 If you have been following along with the story of Norton's rebirth, you may remember that shaky period when many deposits had been taken, but almost no Commandos were being delivered. That is all history, and there have been nothing but positive reviews of the updated, air-cooled parallel twin. Now with the V4 superbike in production, and a modern 650cc twin range coming soon, things are looking good for their continued health.

The 1200cc V4 SS, the first 200 bikes rolling off the line, were all pre-sold to eager customers just weeks after it was announced in 2016 for more than $56,000 a piece. After that, Norton V4 RR production begins, sharing the same 200hp V4 motor developed by engine experts Ricardo, and custom chassis perfected at the Isle of Man. The normal production version will still be an exotic, retailing for $36,000, and dripping with top-shelf components, titanium, and carbon fiber. There will be both street legal and track only versions, as well as other custom options befitting such an expensive, hand finished machine. Though the fairings in many photos look as if they may be polished aluminum, like the frame, they are in fact carbon fiber with a special chrome like paint finish.

The forthcoming 650cc parallel twin power Norton line features a motor based on the same architecture as the V4 superbike and is expected to make in the neighborhood of 100hp. This motor will be found in the Superlight sportbike as well as the Atlas line.