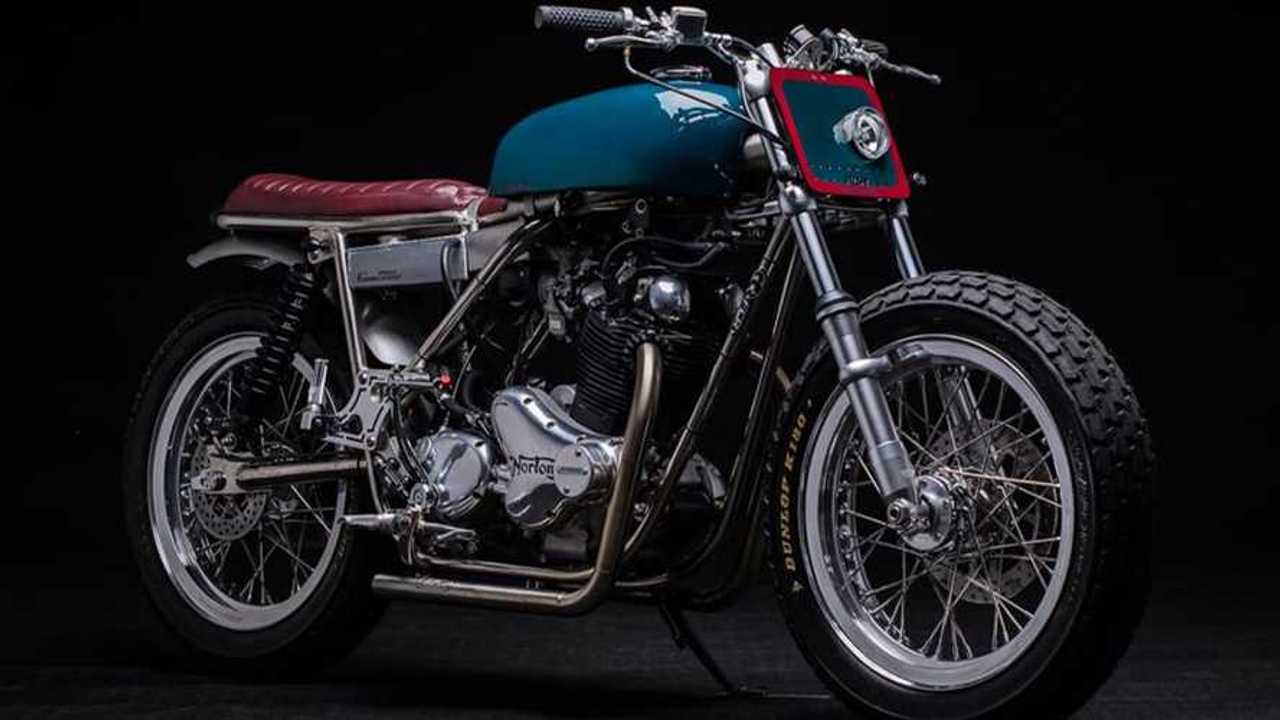 The owner of this custom Norton Commando 850 calls its Bucephalus. That’s the name Alexander the Great gave to his horse, and it’s fitting for this classic 1970s iron horse from Britain now residing in the French countryside. It was built by FCR Original, a custom builder from a small town named Chauvigny, and shows more than a hint of French flair.

The custom candy-blue paint on the hand-made fuel tank is eye-catching and ties neatly with the number plate mounted on the front. An upgraded halogen light protrudes through that plate asymmetrically. Flat track style bars, small gauges from MotoGadget, and shiny chromed levers set off the cockpit nicely.

FCR stripped and nickel plated the frame, as well as building a custom battery box. Lots of the Commando’s mounting hardware is fabricated by the company, including those for the front brake calipers and the passenger pegs.

The parallel-twin has been rebuilt for a little more oomph and the twin Amal carburetors replaced with a less temperamental and easier to tune Mikuni VM38. Two custom headers sans end cans bring the noise, but FCR did build some noise dampening into the short pipes. I think this bike would sound better than it looks.

Choosing Dunlop K180 tires was a good decision, and the fat semi-knobby tires suit the tracker ethos this build is going for.

The jury is still out on the custom seat. It looks cool, but the join between it and the fuel tank is interesting. I’m not sure what they were going with there. Regardless, this bike is a genuine original and shows off a high level of detail and attention.

There’s a lot to be said for a bike that has modest beginnings being turned into something special. This Norton Commando 850 is one of the most interesting and unusual builds you’ll see and for that, we say “Jolly good show old chap”, but in French, of course.