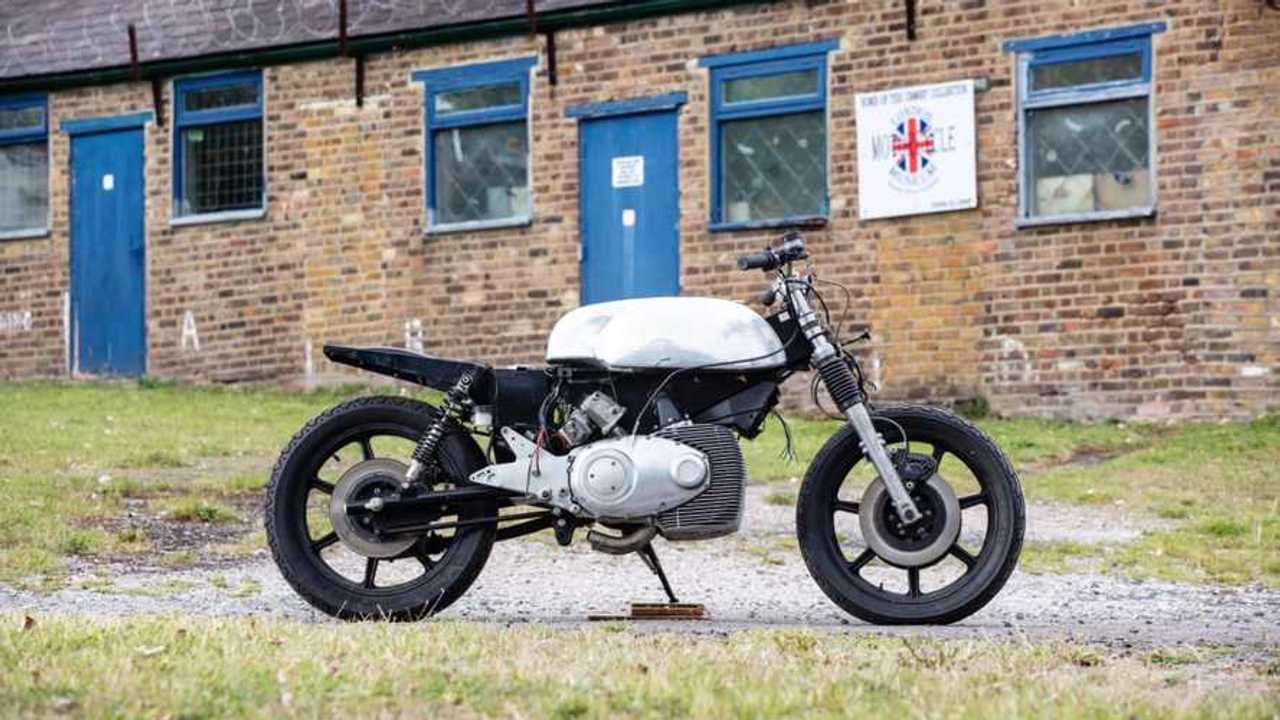 All hail the mighty Dorito!

One of the great things about motorcycles is the wide variety of engines that they come with. You can buy them with one, two, three, four, or even six cylinders. You have your choice of two or four-stroke engines, depending on your needs and legal situation. One engine that never seemed to gain much traction, however, is the Wankel rotary. That’s what makes this 1985 Norton so fascinating. It has a 588cc rotary engine hanging from its belly, and Bonhams is selling it at the 2019 Autumn Stafford Sale.

Cycleweird: The Worst of All Worlds - Suzuki RE-5

The rotary, if you’re not familiar, has no pistons. Instead, there is a rotor shaped like a rounded-off triangle (or a Dorito) that rotates around a central shaft. There are a few upsides to this design such as the vast reduction in the number of moving parts, smoothness, and packaging. Unfortunately, there are just as many, and probably more, downsides to rotaries. The emissions are notoriously poor due to using oil in the combustion cycle to lubricate the apex seals within the engine. Weak fuel economy and high heat are also known issues.

While this did cause difficulties using the rotary in a street bike, Norton found some success using them in race bikes throughout the late 1980s and early 1990s. The TT winning rotaries were the later liquid-cooled varieties, however, whereas the one shown here is one of the first 100 original air-cooled bikes. Even being an early experiment with the technology, the Norton Classic was still pushing out 79 horsepower at 9,000 rpm.

This Norton, as you can probably tell, is missing some key pieces. It’s also missing any and all paperwork. Bonhams says that they believe it is “based on a Classic roadster”. It’s never a great sign when the auction house is guessing what the motorcycle started as. The upside of that is that if you’re handy with a wrench, you could walk away with an absolute screaming piece of history for an estimated price of just $1,300-$2,500. Sure, it’s missing some hardware, but I see people selling cobbled together CB750s on Craigslist all the time for the same money.