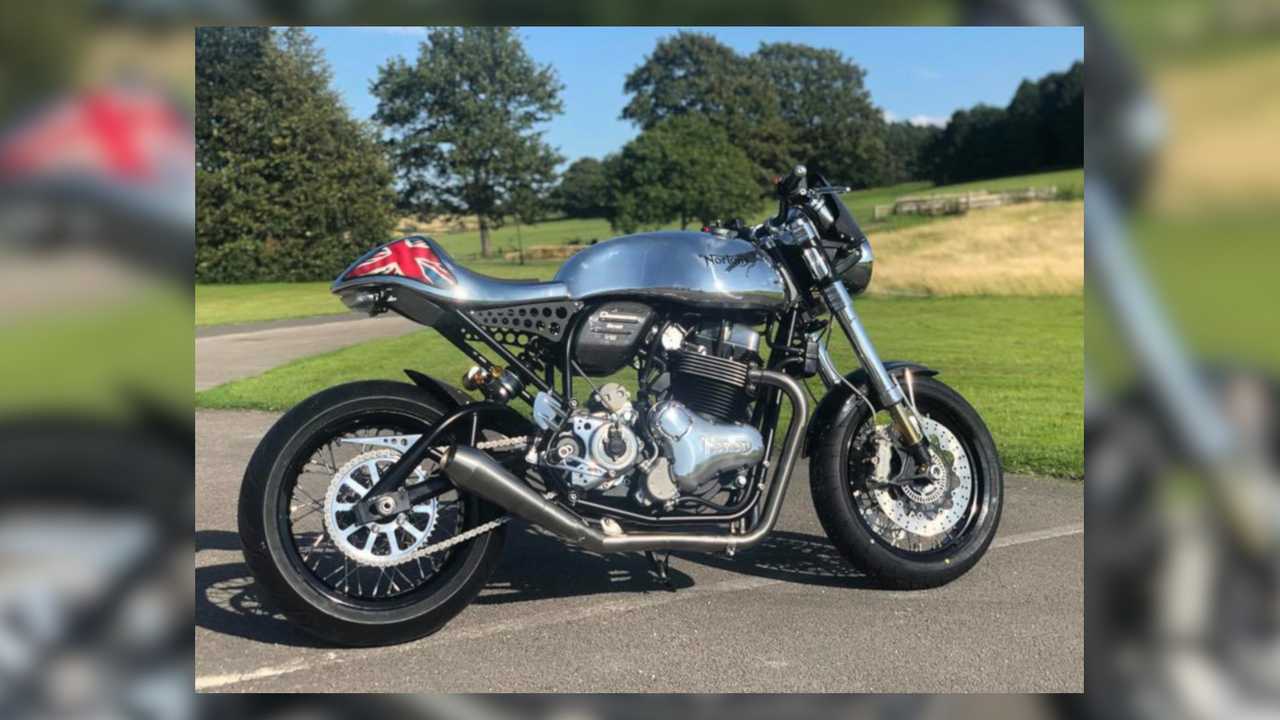 If you really liked the new Norton Dominator, but just wished it had a little something extra, guess what? Norton knows. On August 23, 2019, Norton announced that it’s building a special, limited-edition run of the Dominator Street. It follows the company’s successful launch of the Commando Street, and in a very similar vein, only 50 of these will ever be made and sold worldwide.

Listen To The Sweet Sweet Music Of The New Norton Atlas

As you’d expect, the Dominator Street will feature Norton’s signature handcrafted tank, two-into-one handmade exhaust, and upright bars. You get Öhlins suspension all around, with your choice of conventional or USD front forks. Also, you should know that it doesn’t comply with Euro 5 emissions, so the company says that the bike is sold and registered under SVA homologation within the boundaries of the UK.

Other trick bits include a carbon hugger, airbox, front mudguard, flyscreen, as well as polished yokes and engine covers, and a drilled clutch cover and chainguard. Each limited-edition bike will be numbered from 1 to 50, and when they’re gone, they’re gone.

Pricing on this limited-edition will be £21,950 (or about US $27,000) with a £2000 (US $2,459) deposit required to secure your number and build slot. Norton says it will begin building these special editions immediately, and with plans to begin delivery in September 2019. If you have any further questions, you should reach out to Norton directly at kj@nortonmotorcycles.com.

There’s no question that they’re beautiful to look at, but is this bike really worth the money? The answer, of course, is that only you can say for sure whether it’s the right choice for you.

As Mark Hinchcliffe at Motorbike Writer wrote about the Commando 961 Sport earlier in 2019 after riding it for a bit, “There is a certain intrinsic value to this bike that does not translate to the bank balance. I know I could afford two Japanese bikes for the same price, but I don’t know that I would feel the same level of pride in ownership.”

The rebirth of Norton has, so far, largely depended on forging that type of emotional connection with riders who can afford them. If you’re one of those riders, then the Dominator Street may just be calling your name.