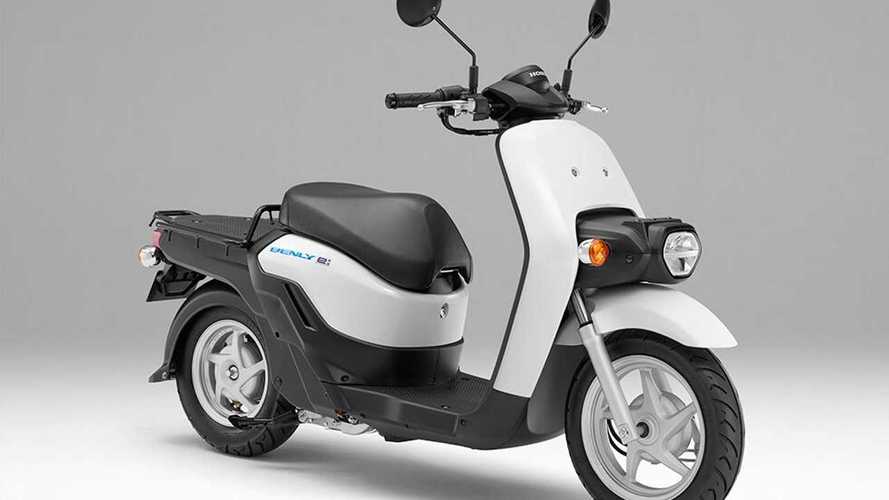 Honda introduced its Honda e:Technology program at the 46th Tokyo Motor Show in October, 2019. One part of that program, the Benly E scooter, is now about to go into production. That’s the electric version of the Benly, a rugged delivery scooter that Honda currently markets to businesses in Japan. The Benly E (missed a perfect opportunity for Benl-E here, Honda. Very disappointed in you - JM) is scheduled to roll out to business customers in April 2020.

That part is the good—and surprisingly quick—news. The bad news? The House of Honda is only planning to sell 200 of these per year, to start. Four models will be available: the Benly E:I, the Benly E:II, and the Pro versions of each of those Benly variants. The Pro versions come equipped with a large front basket, the large rear carrier, knuckle guards, and a foot brake system all fitted as standard.

While the initial low production volume of these commercial scooters is something of a bummer, hopefully it will change in the future. Here’s where it gets interesting: Honda says that part of the reason it’s limiting the production number this way is to maintain a reasonable level of social responsibility.

Businesses that want Benly E scooters in their fleets must sign a contract with Honda that says they’ll cooperate with Honda’s collection of their used batteries. Electronic waste is a growing problem, and one which will only become more pronounced as more people start using and replacing batteries in their electric vehicles. It’s an admirable move on Honda’s part, and hopefully one it can sustain at greater volumes as it releases more electric vehicles into the wild.