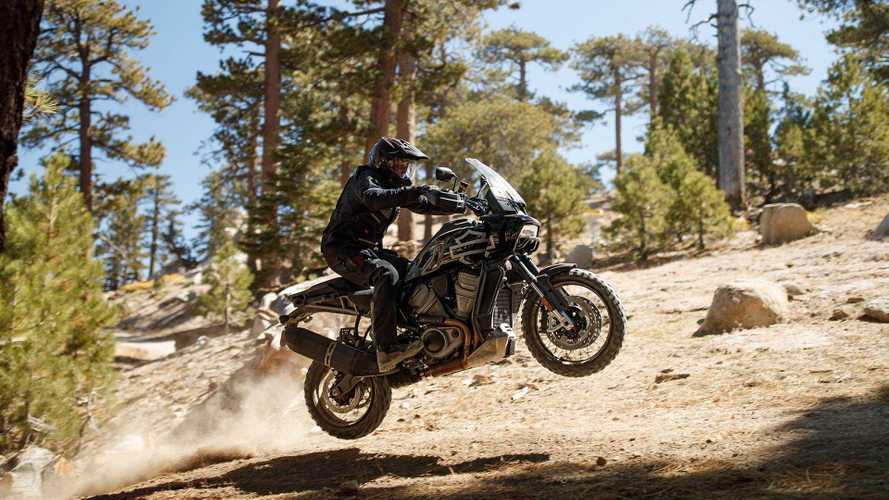 Harley is going on an adventure.

Since Harley-Davidson announced its plan to branch out of its comfort zone, we’ve been curious to learn more about its future products. One of the models the company announced right off the bat is the 2021 Pan America. Over a year after showing the bike for the first time, we still know very little about it. The company is quietly developing its first adventure bike and until recently, we had very little information about what was cooking in Harley’s kitchen. The manufacturer finally spoke up and gave us a glimpse of what’s to come so we decided to have a look at everything we know about the new Pan America.

Ever since it was first shown as a render, there’s been no consensus on the design. The look is polarizing but that isn’t such a bad thing: whether people like it or not, they sure are talking about it and that’s great for publicity. Though the design is a stark contrast from what we usually see from the brand, somehow, it has managed to make the bike look like it belongs. The lines of the muscular, top-heavy front-end with the wide shoulders and rectangular headlight are details reminiscent of the Road Glide silhouette (at least to me it is).

We finally learned what engine the new model will be based on when the Motor Company unveiled a new V-twin at EICMA 2019. The new Revolution Max engine will be offered in two displacement sizes. The smaller, 975cc iteration will underline the upcoming Bronx streetfighter while the bigger 1,250cc will power the Pan America. Harley announced that its bigger powerhouse is expected to produce “more than” 145 horsepower and “more than” 90 lb-ft of torque.

While we don’t have the brake and suspension specifics yet, the company confirmed that it teamed up with Brembo to design a new monobloc, four-piston caliper that will be fitted on the Pan America. The wheels will also be wrapped in a set of specifically developed Michelin tires.

The one concern I have as an adventure enthusiast is the weight. Generally speaking, Harley doesn't really have to worry too much about the weight of its motorcycles. Harley and heavy are a socially-accepted pairing and one the buyers have come to expect.

With an adventure motorcycle, however, weight takes on a whole new meaning and will make a hefty difference in how the bike will be perceived, received, and used. With Harley using pictures of the Pan America in off-roading settings to promote the model, it’s creating the expectation that the bike will be a proper adventurer.

The thing is: we don’t have a number yet. Whether Harley is still trying to shave a few pounds off before announcing the full specs or the team has already taking weight-reduction measures, I can’t say for sure. I just hope the number will be competitive, especially combined with the decision to use the biggest engine in the bike that needs flexibility the most out of the two models unveiled.

Everything else from tank size to suspension travel to saddle height to accessories to pricing has yet to be announced. Chances are the model will make its official debut towards the end of the summer, Harley’s favored period for its yearly announcements.

Expectations for the 2021 Harley-Davidson Pan America are high and the adventure bike audience can be ruthless. Despite a few concerns, however, I think we can all be pretty excited to see how it will measure up to its competitors.