Harley Calls Rewire Strategy A Success, Hardwire Is Next

A bit of positive.

At this time of the year, we normally would have met all of Harley’s new model-year bikes, but we have yet to find out what the 2021 lineup will be made of. In case you are wondering why that is, you can blame it on The Rewire.

In the spring of 2020, the Motor Company reached a critical point. Between an ousted CEO and ever-plunging sales and stock values, the company was in dire need of a shakeup. Interim-turned-official CEO and president Jochen Zeitz might have been the breath of fresh air it needed.

Under the new leadership, the company entered its “Rewire” era that included stepping away from underperforming markets and refocusing the energy on the things that work for the company, severely cutting back on all the ambitious (and un-Harley-like) motorcycle projects.

The 2020 strategy also involved moving things around in the corporate calendar to better align new product launches with the riding season. Instead of introducing the new model-year lineup at the end of the summer like it usually did, the company pushed things back to the beginning of the year, when people are actually shopping for bikes. 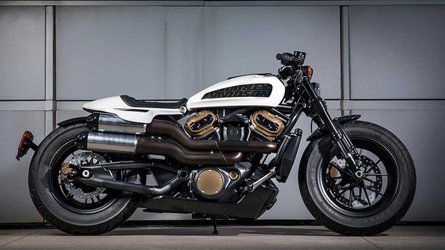 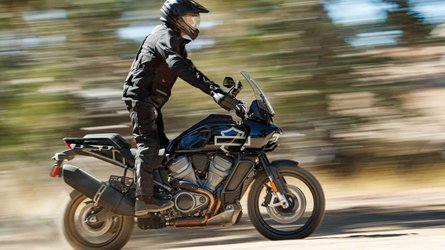 It looks like the conservative approach paid off. On January 12, 2021, the company confirmed in a press release that the new guidelines were an overall success. While the company hasn’t revealed its sales numbers, the market seems keen to see what Harley has in store. After the March, 2020, rock-bottom slump, the HOG stock jumped up and is on the rise again. It is now at its highest value since April, 2019.

“I am confident the substantial changes we made with The Rewire have set us up to successfully execute our strategic plan,” commented CEO Zeitz in the press release. “We are now a leaner, more aligned organization, and we are making decisions faster.”

The table is now set for the new corporate strategy. The Rewire reorganization ended in 2020; starting in 2021, the new Hardwire strategy will take over. The company is going to unveil its five-year plan’s guidelines on February 2 at which point we should find out how Puma-savior Zeitz plans to give the Americana brand back its shine.