Segway Segues To The Dirt With New E-Bike 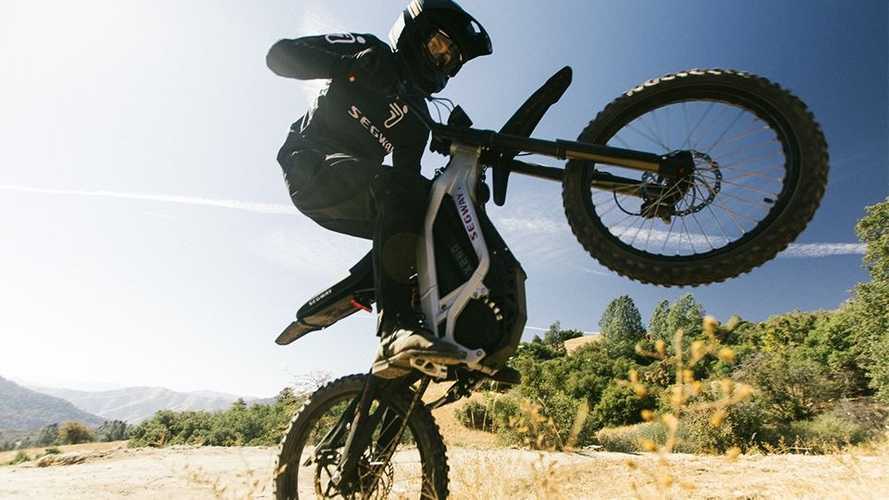 Can a Segway ever be cool?

The year was 2003. Justin Timberlake dominated the Billboard charts and there was only one way for the world’s biggest pop star to enter that year’s MTV Movie Awards—on a Segway. Typically, a celebrity endorsement broadcast to millions of teenagers would have blessed Segway with instant cool status. Instead, the company spent the rest of the 2000s trying to make the Segway happen (it’s never going to happen). From Paul Blart: Mall Cop to city Segway tours to the owner of the company riding the vehicle off a cliff (to his demise), the Segway became the epitome of uncool. Now, as a subsidiary of Beijing-based Ninebot, the company plans to segue into new territory—electric bikes.

Watch This E-Bike Embarrass A Bunch Of Dirt Bikes

In 2020, Segway will release two electric dirt bike models—the X160 and X260— that differ in both size and power. The larger X260 has a claimed top speed of 46.6 mph and a range of 74.6 miles. Powered by a 32 Ah lithium battery that recharges in four to five hours, the motor will produce 6.7 horsepower (5 kW) and 183 ft-lb of torque. The X260 will also sport a 19-inch front wheel, longer-travel suspension, and wider handlebars for more spirited off-roading. Weighing in at 121 pounds, the bigger Segway will also come with a headlight for after-hours trail riding.

The smaller X160 retains the aluminum alloy frame construction of the X260 with a shortened wheelbase, lower clearance, and reduced seat height. With a 20Ah lithium battery, it takes between three and four hours to charge and achieves a range of 40.4 miles. The motor puts down 4 horsepower (3 kW) with 162 ft-lb of torque and tops out at 31.1 mph. While the 17-inch front wheel may not be as deft at conquering obstacles, the trim weight of 105 pounds could be more compliant for newer riders.

Under the skin and Segway badging, these bikes are simply modified Sur-Ron Light Bees. Under Ninebot, Segway’s electric dirt bikes will address issues and improve upon earlier designs of the Light Bee. Unlike Luna—another Ninebot subsidiary and the producer of Sur-Rons—Segway can leverage its retail presence and brand recognition in America to broaden the appeal of the electric platform.

“We are trying to continue developing cool products, futuristic products, in order to expand our portfolio to appeal to outdoor adventurers in addition to city dwellers,” said Segway-Ninebot Marketing Director Julie Tang. “We want to keep expanding our existing customer base and give them more options.”

Production and delivery of Segway’s new electric dirt bikes will begin in Q1 of 2020. The X260 will retail for $4,999 and the X160 will cost $2,999, but early adopters can snag one at a reduced price on Indiegogo starting November 25, 2019. We’ll have to wait and see if the X160 and X260 live up to the praise of the Sur-Rons, but if they’re anything like the Light Bee, Segway might just become cool after all.