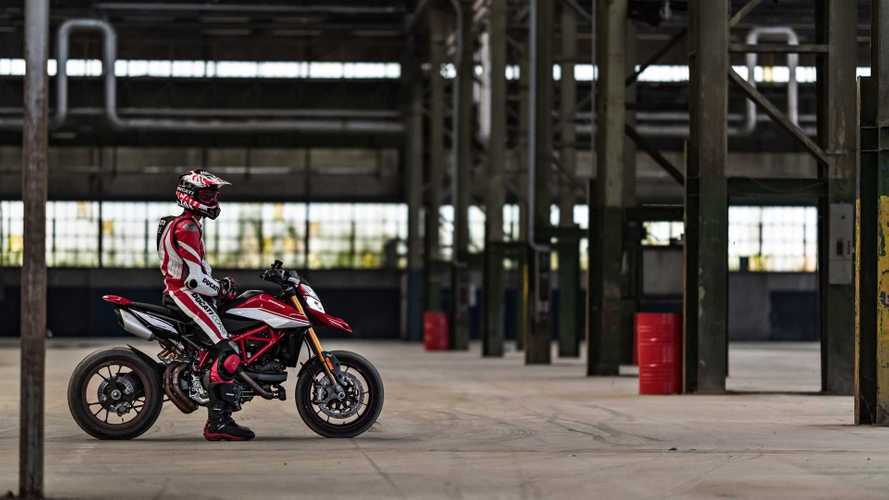 A potential battery problem on some bikes could lead to crashes.

NHTSA has issued a recall on certain 2019 and 2020 Ducati Hypermotard 950 and 950 SP models because of a potential battery problem that could result in riders crashing. To date, no accidents, injuries, or fatalities have been reported. Ducati will be notifying affected customers during the week of December 12 through 19, 2019.

According to NHTSA’s documentation, the problem is that the negative terminal on the battery may, in some cases, break. If this happens, an affected bike could potentially lose power and then stall. On affected bikes, it is possible that the cable terminal is too tight, which could lead to this problem occurring.

An estimated 793 motorcycles are affected, and their VINs range from ZDMBAJDT6KB000337 to ZDMBAJDT5LB004591. Additionally, the affected bikes were produced between December 22, 2018 and September 10, 2019. Since this problem was discovered, vehicle production processes have been improved and a remedy has been implemented to avoid this problem going forward.

There are no fault codes or other warnings that may appear to let you know if your bike is experiencing this problem. The official Ducati North America Recall Bulletin for this problem has not yet been published to the dealer network, but should be coming by the end of November 2019, or as soon as parts are available to complete the necessary recall service.

If your bike is among those affected, Ducati dealers will perform the recall service free of charge, beginning on December 12, 2019. If you have questions, you can contact Ducati customer service at 1-888-391-5446 about recall number SRV-RCL-19-003.

Recall service will involve Ducati dealers inspecting how the negative cable is routed, and rerouting it if necessary. Additionally, they may take steps to better secure the battery against the bike’s vibrations, and may also install insulation pads if deemed appropriate.