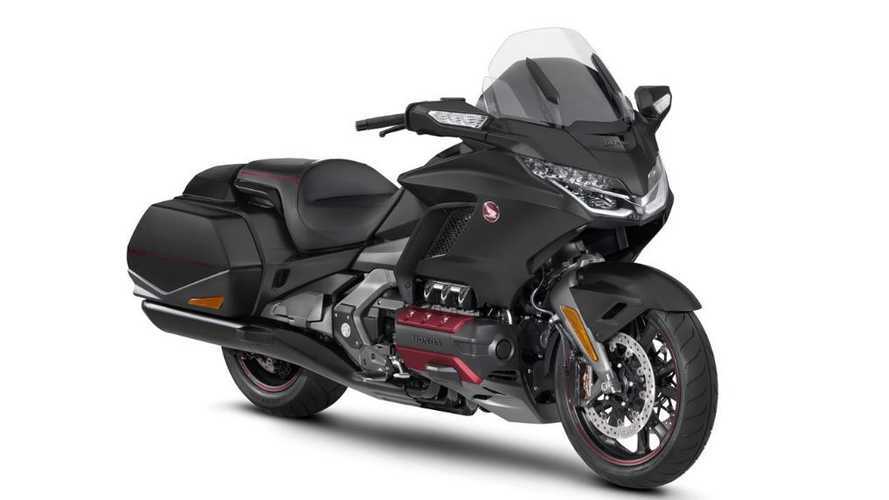 It’s getting better all the time.

Among the numerous unveilings at the Tokyo Motor Show yesterday, Honda slyly⁠—and subtly—updated the Gold Wing. While the little CT125 Concept hogged all the spotlight, Honda’s ultimate tourer received incremental upgrades for the 2020 model year.

At a curb weight of 787 pounds, the new Gold Wing can be quite a handful—at least until you get it up to speed. To help with low-speed maneuverability, Honda refined the fuel injection and DCT systems for 2020. Additionally, the Tour edition—available with a top box and airbag safety system—benefits from updated suspension settings and larger pillion grab handles.

Honda also added two new paint options for the mile-munching machine with a Matte Ballistic Black Metallic for the DCT models and a Pearl Glare White available for the Tour version.

In 2018, the Gold Wing line underwent a complete overhaul. For this new generation, Honda improved handling, reduced weight, and introduced a bevy of electronic rider aids—complete with two joysticks. The Gold Wing also received a 7-speed DCT automatic transmission as an option to the standard 6-speed manual transmission.

After a positive reception of the revamped platform, Honda continued to enhance on the sixth generation of the Gold Wing line with a system update in 2019. Advances in technologies like GPS, satellite radio, and mobile device connectivity will warrant future updates, so the Gold Wing’s suite of electronics should only improve with time.

Introduced in 1975, Honda’s Gold Wing has garnered a committed community of touring riders over the years. From offroading to drag racing to logging one million miles, owners of the legendary model have proven its durability and reliability. While the upgrades for 2020 are more evolution than revolution, it’s encouraging to see that Honda isn’t resting on its laurels and that it’s as dedicated to the Gold Wing as its loyal followers.